Go and learn about procurement breaches 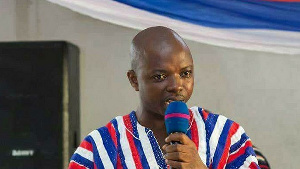 This follows comments made by the NDC on what seems to be a clash between the EOCO and the auditor general.

The General Secretary of the opposition NDC, Johnson Asiedu Nketiah, popularly known as General Mosquito has described as unacceptable, the Economic and Organised Crime Office’s investigation of the Auditor-General for alleged procurement breaches.

According to him, “the anti-graft agency is comfortably inviting Daniel Domelevo for questioning and granting him bail but has refused or neglected to invite Yaw Osafo Maafo for the same breaches of the Public Procurement Act.”

However, Abronye DC speaking on UTV asked the NDC to go to said: “either they don’t understand the issues or they need Kwesi Baffoe in class four to teach them procurement”