Auditor-general Kimi Makwetu has released the 2018-19 national and provincial government audit outcomes, showing that the country has made disappointingly little progress in stemming irregular expenditure – and in some cases has even regressed.

Presenting his findings in a media briefing on Wednesday (20 November), Makwetu said political leaders, accounting officers and authorities, as well as oversight structures must take immediate action to restore government’s accountability to the people of South Africa.

“This could be done by acting on the outcomes of the recent audits, dealing effectively with material irregularities that have been identified, and implementing preventative controls to turn the tide of undesirable stewardship over public funds,” he said.

Among its key findings, Makwetu’s report shows that fruitless and wasteful expenditure continued to rise, with 223 auditees losing R849 million in the current year.

Over the five-year period, R4.16 billion of government expenditure was fruitless and wasteful. He added that irregular expenditure increased to R62.6 billion from the R51 billion reported last year.

Makwetu said that there was a severe lack of accountability, and no real drive from officials to implement reform recommendations – which, in some cases, were simply ignored.

“We experienced that accounting officers and authorities have been slow in implementing our recommendations – and in certain instances even blatantly disregarded these.

“Our recommendations did not require more than what they were legally obligated to do by the Public Finance Management Act,” he said.

“The accountability mechanisms were not working as they should, resulting in continued calls for more to be done – particularly by us as the Auditor-General of South Africa.”

The graphic below shows a picture of audit outcomes across national and provincial government: 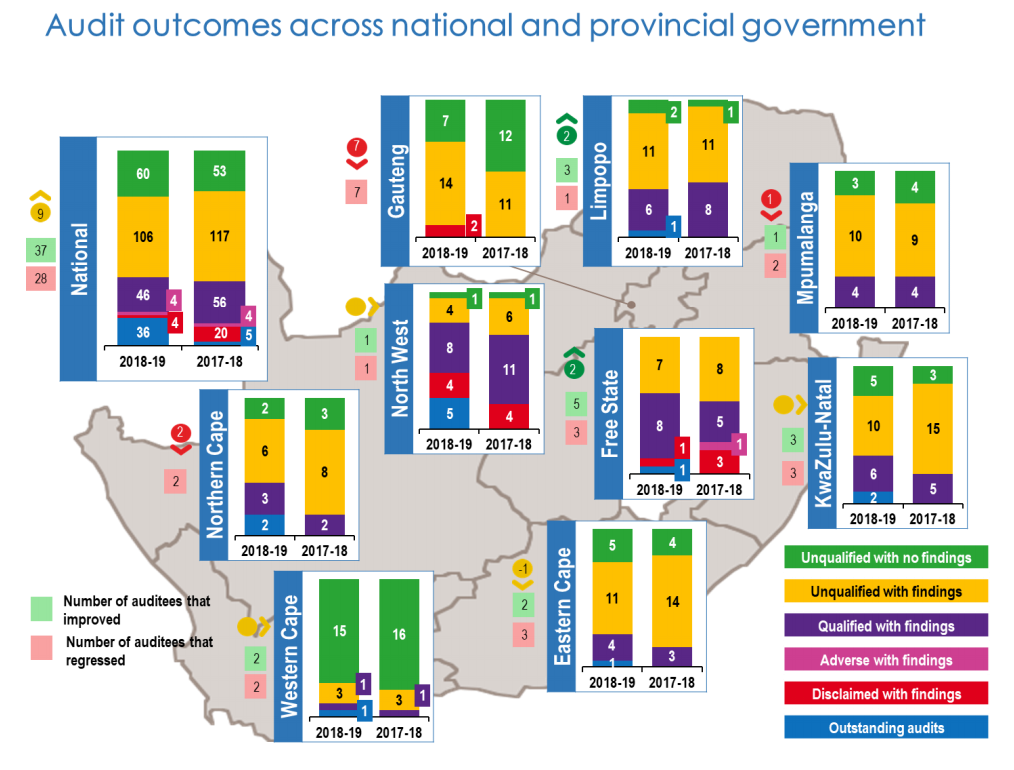 Other major findings from the report show that:

You can find the full report below: