Green Line project will be operational in Karachi by early February 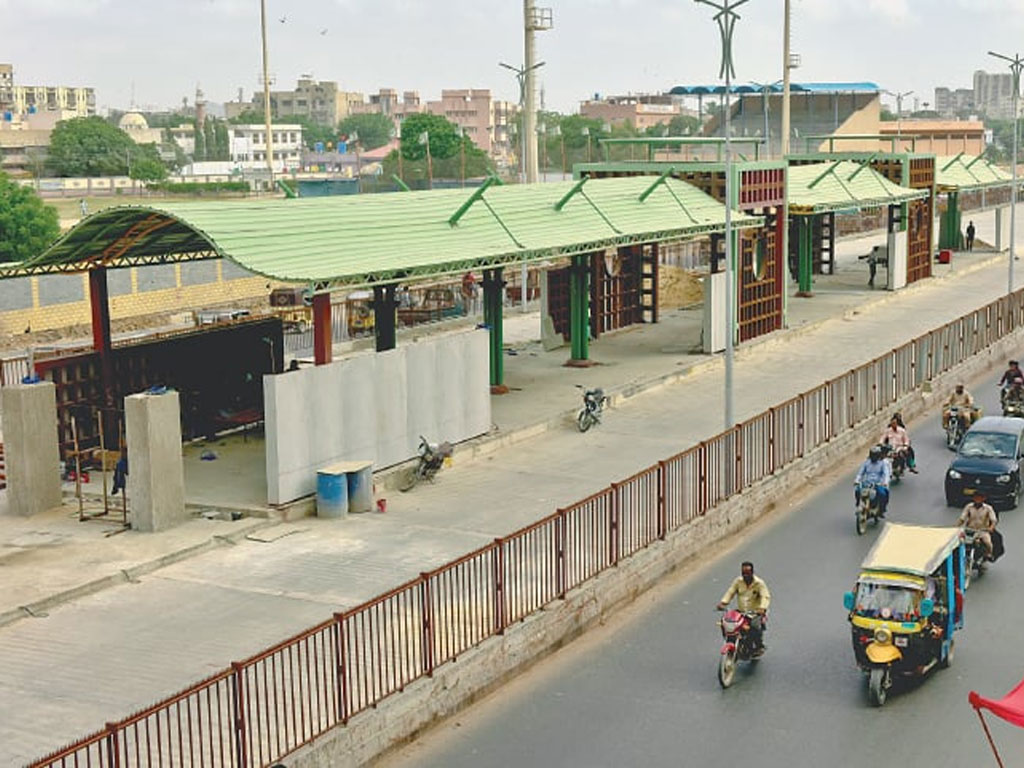 Addressing a joint press conference, alongwith the Governor of Sindh, Imran Ismail and Federal Minister for Maritime Affairs, Syed Ali Zaidi, he announced that Prime Minister Imran will inaugurate the much needed facility.

Sharing the details of the meeting chaired by him this morning to review the pace of Karachi Development Package announced by the PTI government, soon after coming into power, he said his party stands by its commitments.

“Federal government is fast releasing its share of funds and taking all measures needed to expedite the same,” said Governor of Sindh, adding to the statement by Federal P&D Minister.

Green Line Project was reiterated to have been accelerated and funds provided so as to ease the problems faced by Karachiites, currently exposed to severe situation due to absence of adequate public transport facilities.

“Funds have been released for procurement of the software and control systems to run the buses,” said Asad Umar mentioning that facilitation agreement is to be signed with the provincial government.

It was mentioned that the Wednesday meeting also extensively discussed matters related to mega-water supply scheme for the port city adding that water scarcity has assumed serious proportions.

“Federal Government is keen to help get it materialized and we are currently waiting for the Sindh government’s final report on K-4 scheme,” he said.

Supplementing to it Sindh Governor said it was to be completed at an initial cost of Rs.25 billion of which federal government had to contribute Rs.13 billion.

Delay is the scheme was attributed to change in the route of the supply system initially envisaged – which after certain objections raised to the same was then referred to NESPAK and then placed before the provincial government to submit its final report.

“We are ready to execute the much needed water project and are just waiting for Sindh Government’s report,” said the Federal Minister for P&D.

He said PM Imran Khan and the federal government is absolutely committed to get completed the targets set under Karachi Development Package and this could be well reflected through the funds allocated and also being duly released to expedite pace of work on the same.

“Paucity of funds is an issue but can not be accepted as any excuse therefore the federal government has also established a Public-Private Partnership Authority to streamline private investment for critically needed development schemes,” said Asad Umar.

Syed Ali Zaidi referred to steps being taken to address traffic congestion related issues as well as sea pollution that has emerged as a serious challenge with impact on port operations.

The meeting attended by all concerned stakeholders was said to had extensively reviewed measures required to strengthen Lyari Expressway and Northern Bypass with major focus on improving their capacities to accommodate heavy traffic flow with due provision for “Freight Corridor”, comprising train service to carry freight from Karachi Port to other parts of the country.

The Federal Minister for Maritime Affairs said Karachi Port Trust has managed to significantly clean (by almost 75%) the local waters from floating garbage plan is underway to stop the flow of waste via Lyari River and other sources to the sea.

“We intend to recycle the water and use it for greenery of Karachi,” said Zaidi.

In reply to queries raised by the reporters, the P&D Minister categorically denied any reservations to have been expressed by the Mayor of Karachi regarding federal government’s role in execution of development schemes.

As for relations with PPP government in Sindh, he said politics is not being done by any party in matters related to public well being projects meant for their welfare.