Here’s How Much Warren Buffett Has Made on Costco

Costco (NASDAQ:COST), a multibillion-dollar chain of membership-only warehouse clubs, focuses on providing low-margin prices for quality brand-name merchandise. Berkshire Hathaway (NYSE:BRK-A) (NYSE:BRK-B) Chairman and CEO Warren Buffett originally purchased shares in 2000 and has held a quarter of that original purchase as he sees potential in the company and the private label that Costco offers customers.

Buffett (through Berkshire) bought 24 million shares during the second quarter of 2000 after the stock fell 37% following the company’s announcement of worse-than-expected earnings. Currently, Berkshire holds a total of 4.33 million shares valued at $1.28 billion with a current share price of $295.30. 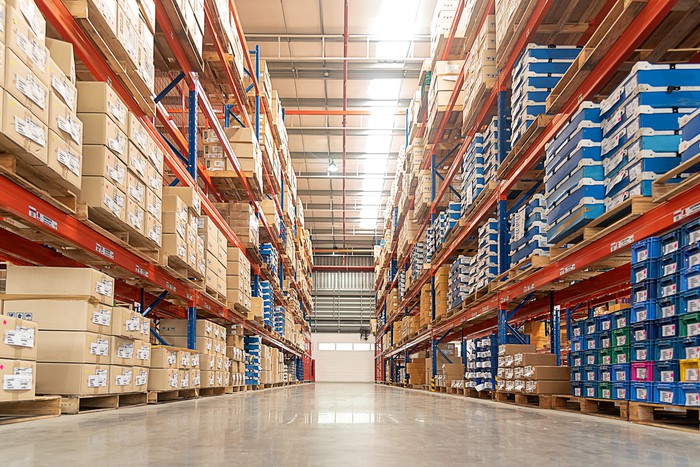 Where is Costco now?

Costco reported first-quarter fiscal 2020 earnings that showed a revenue of $36.24 billion, a 5.6% increase year over year. Net income was $844 million, a boost from $767 million in the prior year.

The company operates 785 warehouses, 70% of them located in the United States and the other 30% internationally. Comparable-sales growth was the highest in the U.S. at 4.7% while Canada was 2.9% and international was 3.2%. E-commerce growth was 5.5% during the first quarter of fiscal 2020 and was 4% of total net sales in fiscal 2019.

Where is Costco headed?

The first Costco location in China opened during fiscal 2019, with 139,000 membership signups on the first day of opening. A total membership count of over 99 million at the end of fiscal 2019 shows strength in the membership-based model as the company has a 91% membership renewal rate in fiscal 2019 in the U.S. and Canada and 88% worldwide.

In February 2019, Buffett noted that Costco’s private label, Kirkland, is a thriving brand that is “dominating the retail space.” In the interview, Buffett compared Kirkland sales to those of Kraft Heinz, saying that Kirkland sales reached $39 billion in 2018 while Kraft Heinz only made $26.3 billion — proving the power of Costco’s private label over competitors is vast.

Walmart (NYSE:WMT) is one of Costco’s largest competitors — specifically because Walmart is the parent company of Sam’s Club, a chain of membership-only retail warehouse clubs that could be considered a direct copy of Costco’s business model. Directly comparing Walmart and Costco is slightly skewed as Sam’s Club is a division of Walmart, only accounting for 11.5% of Walmart’s revenue, however, both Costco and Walmart are two of the largest discount global retailers.

In concern to share valuation, Costco takes second place as Costco’s forward price to earnings of 34.2 is higher than Walmart’s 23.8. In addition, Costco has a higher price-to-sales ratio of 0.85 versus Walmart’s 0.65.

Overall, Costco has an edge over Walmart with higher revenue and net income growth in addition to lower debt and expansion potential internationally — as Costco plans to expand in China with a planned warehouse opening in Shanghai in 2021.

As Costco is expanding internationally, there is significant growth potential in memberships and Kirkland branded offerings. By offering same-day delivery to customers within a 20-mile drive from any Costco warehouse in addition to expansive e-commerce offerings, Costco is branching out from the traditional warehouse model.

Investors shopping for a well-managed company with stable growth and a growing dividend yield should consider adding Costco to their investment portfolio — following Buffett’s path by capitalizing on consistent returns over the long term.