While the market celebrated a strong third-quarter earnings report from Bloom Energy, investors were moved by different factors in the cases of Ballard Power and Plug Power. For Ballard and Plug, Q3 earnings reports were less than electrifying. But investors were happier about what Wall Street analysts thought about the two companies, suggesting that the future looked bright for these hydrogen-focused growth stocks. 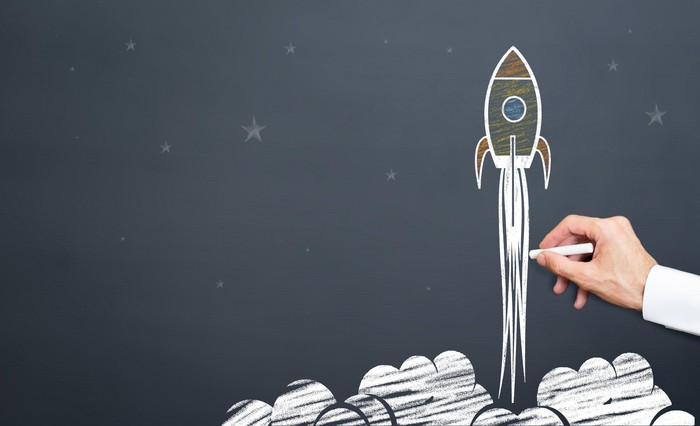 Ballard Forgetting flaws in the Q3 report and favoring the future

Generating revenue of $24.8 million in Q3 2019, Ballard Power achieved notable year-over-year growth of 15% on the top line. But the company’s gross margin contracted to 25% from 30% during Q3 2018. More importantly, Ballard reported a net loss of $9.8 million.

Disheartened by Ballard’s quarterly results released on Oct. 30, investors began buying up shares again days later as analysts weighed in favorably on the stock. On Nov. 1, Robert Brown, an analyst with Lake Street, reportedly reiterated his “buy” rating on the stock and raised his price target to $6 from $5. Encouraged even further, investors were motivated by Cormark Securities, an investment firm based in Canada, which initiated coverage on the stock and assigned a price target of 13 Canadian dollars per share, representing significant upside to the stock, which was trading under CA$8 on the Toronto Stock Exchange when the firm revealed its rating.

Besides the opinions of analysts, though, investors apparently took note of the company’s president and CEO, Randy MacEwen, who said during in an interview with BNN Bloomberg that the company could be profitable today if not for the company’s financial commitments to research and development and customer experience. Elaborating further, MacEwen said the company sees profitability “coming in the lens in the 2021-2022 time frame.”

Bloom bounces back in a big way

With shares of Bloom Energy sinking nearly 70% through the first 10 months of 2019, investors, who hadn’t been checking their portfolios during the month, were probably shocked to find that the stock had more than rebounded in November alone, rising 113%. Charging up investors’ enthusiasm, the company reported third-quarter earnings that exceeded analysts’ expectations. Bloom Energy reported Q3 2019 revenue of $233.5 million, beating the consensus estimate of $231 million. Turning to the bottom line, investors found further delight in the company’s adjusted EBITDA of $40.8 million — a 170% increase over the $15.1 million it reported in Q3 2018.

But it wasn’t only the income statement that delighted investors. For the second quarter in a row, Bloom Energy has reported impressive free cash flow, distinguishing itself from its fuel-cell peers.

Bloom Energy hasn’t addressed expectations regarding the continued generation of positive free cash flow; nonetheless, the upward movement in the stock price last month reflects investors’ optimism that it will continue — optimism that is partially substantiated by the company’s Q4 forecast. The company is guiding for approximately 370 acceptances (the transition of projects out of backlog), representing a 44% year-over-year increase. Moreover, management is guiding for the company to achieve an upfront margin (average selling price minus the total installed system cost) of $1,670 per kilowatt, a wider margin than the $1,412 per kilowatt the company reported in Q4 2018.

Plugging into the power of positive thinking

Digging into Plug Power’s third-quarter earnings report in early November, investors found more causes for concern than for celebration, thus sending the stock down 7% from where it had closed the day before the company reported. The bitter taste of the uninspiring Q3 report was quickly forgotten, however, upon hearing of analysts’ auspicious outlooks for the stock.

Upgrading the stock to “buy” from “neutral” and boosting its price target from $3 to $6 per share, Craig Irwin, an analyst at Roth Capital, expressed his view in a research note that Plug has a lot of potential growth from using its technology in lift trucks and related applications. Espousing a similar perspective, Christopher Van Horn, an analyst with B. Riley FBR, reiterated his “buy” rating on the stock and raised his price target to $6 from $3.50, stating his belief that “Plug Power is better positioned in its core material handling business than ever before.”

Seeking some context of the significance of the $6 price target identified by Irwin and Van Horn, investors who did a bit of research would’ve discovered that the last time Plug Power’s shares had changed hands at that price was August 2014.

The final word on these familiar fuel cell names

With analysts adopting rosy outlooks on the stocks of Ballard and Plug Power, it’s unsurprising that investors responded so enthusiastically. Instead of being blinded by the bullish outlooks, however, investors should recognize that analysts’ time horizons are oftentimes shorter than the multiyear holding periods we favor. In addition, the companies continue to face challenges regarding their cash outflows. Plug Power, for example, recently announced a public offering of 40 million shares to raise capital. Bloom Energy, on the other hand, has achieved something impressive with its recent free cash flow generation, and it may be on the verge of proving that a company’s endeavors in the fuel-cell industry can be lucrative.