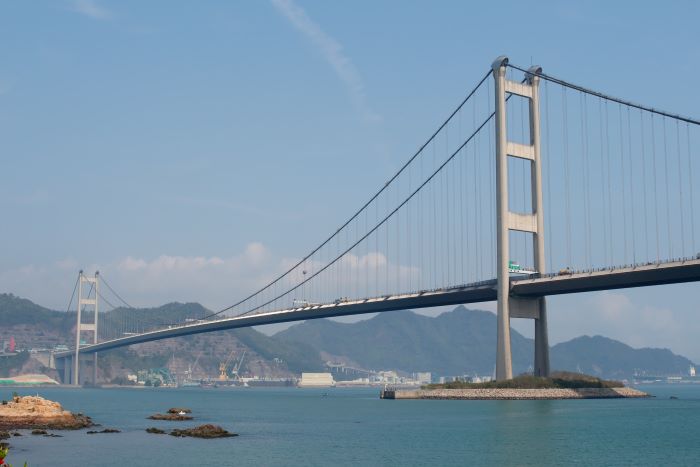 Large container ships transiting between Hong Kong and western Shenzhen will be able to take a marine shortcut starting Thursday, which observers believe could attract up to 20 percent more container ships to call at Hong Kong. The move is also expected to boost transshipment volumes.

A Marine Department notice said the air draft would be raised to 57 meters (187 feet) from the current 53 meters (174 feet) during specified hours.

“Given easier access between Hong Kong and Pearl River Delta ports including Shekou, Chiwan, Da Chan, and Nansha, this should translate to additional business opportunities for those ports, just as much as Hong Kong port,” Roberto Giannetta, managing director of the HKLSA, told JOC.com. He estimated it could increase container ship port calls at Hong Kong by 15 to 20 percent.

Giannetta said carriers would have to check and liaise with the marine and highway departments before ships passed under the bridge.

The move comes six months after the territory’s government agreed in principle to ease the restriction, subject to approval by local lawmakers and the highway department. It will allow ships of between 8,000 to 15,000 TEU to safely pass under the bridge while transiting the Ma Wan channel, shortening the distance to about 20 miles between Kwai Chung container port and the western Shenzhen container terminals. Without the air draft concession, ships calling at Hong Kong and the western Shenzhen ports face a lengthy transit south of Hong Kong through Chinese waters.

A higher air draft is also possible for more heavily laden vessels or at lower tides.

Milutin Gojkovic, managing director of Singapore’s Alpes Maritimes Consulting and a former CMA CGM senior executive and ship captain, told JOC.com that ships up to 20,000 TEU could pass under the bridge depending on the sea and ship conditions.

Gojkovic said relaxation of the air draft limits will enhance Hong Kong’s position within the Greater Bay Area by promoting the port as free from access restrictions and attracting more transshipment cargo in the process.

Giannetta echoed that view. “I see that the opening up of navigational feasibility, translated into time/schedule, cost, commercial options etc., will be beneficial to the whole region — including Yantian in eastern Shenzhen,” he said. “If a carrier with a bigger vessel sees that it can now more easily include a port call at Hong Kong and other Pearl River delta ports, as well as Yantian, this might be incentive enough to begin calling the region with its 8,000 to 15,000 TEU vessels.”

With air draft restrictions now eased, Giannetta said there is scope to relax them still further. He pointed out the bridge has a maximum air draft of 65.8 meters (216 feet).

“We believe there is still room for further adjustments,” he said. “But we are happy to see this initial adjustment to 57 meters as a first step.”