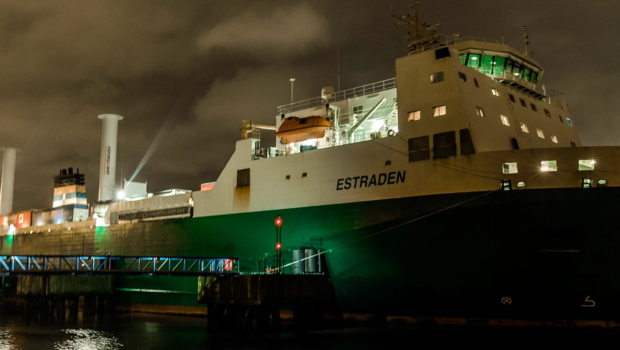 The shipping industry is in turmoil like never before. Sulfur caps. Recycling regulations. Cyber attacks and data theft. Safety. Changing trade patterns. Shifting global economies. And, of course, decarbonization is the shipping industry’s #1 challenge. Decarbonization requires efficiency technologies to be put into play, ports and ship operational logistics to be optimized, and carbon neutral fuels to become the norm. Importantly, customer demand for transparency is spurring the industry toward hybrid shipping and achieving vast decarbonization goals.

Shipping markets are integral to global supply chains through transporting energy, commodities, and manufactured goods in huge volumes — nearly 80% of the world’s trade in physical goods. Yet the shipping industry burns the world’s dirtiest fuel to move cargoes and passengers around the world. It is one of the biggest contributors to climate change, accounting for up to 3% of global emissions and 10% of transport emissions.

The International Chamber of Shipping’s 2019 Annual Review says a new era is upon the shipping industry due to “radical advances in communication and internet connectivity.” The organization sees the potential to drastically enhance the efficiency of maritime transport while supporting further improvements in safety and environmental performance.

The findings of their annual review are as follows: 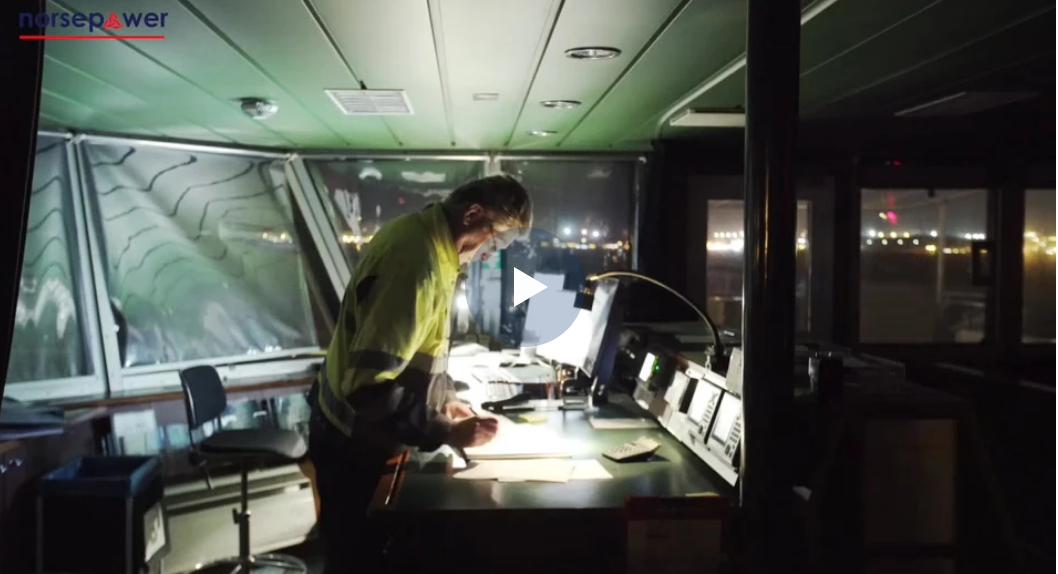 The shipping industry is expected to face many challenges in the future as it adheres to stricter environmental emissions regulations, which present a series of short-term challenges for profitability. Yes, technology improvements are prodding the maritime cargo industry to new heights, forcing the industry to move to renewables to compete with fossil fuels in the maritime marketplace. For the industry, the challenge is to develop technologies that can somehow maintain the current momentum without enacting environmental damage. 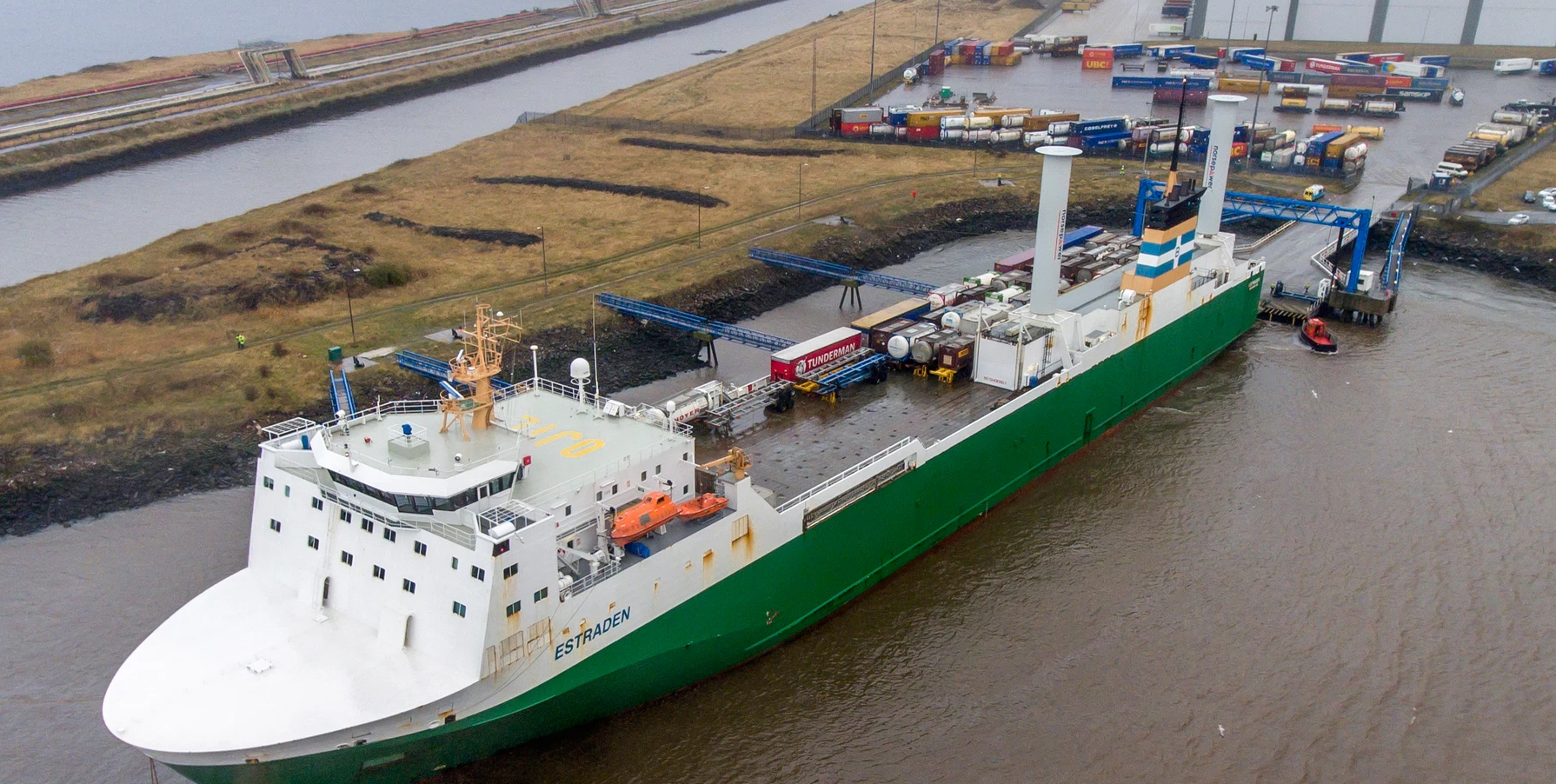 On a voyage to northern England, the 535-foot cargo ship Estraden, carrying tanks of hazardous chemicals and containers of cargo, pulls away from its industrial dock in Rotterdam with engines roaring. Once outside the calm harbor and well into the North Sea, the captain pushes a button. Up on deck, 2 60-foot tubes come alive and begin spinning like Nora doing the Tarantella.

These vertical rotor sails gather and capture the wind. Finnish company Norsepower Rotor Sails is one of the global companies that offer such technology, which is based on the Magnus effect.

When wind meets the spinning rotor sail, the air flow accelerates on one side and decelerates on the opposite side, according to Norsepower. The change in the speed of air flow results in a pressure difference and generates a lift force that is perpendicular to the wind flow direction. The same principle applies to all rotating spheres and cylinders.

The thrust induced by the Magnus effect can be utilized in ship propulsion by placing a cylinder on the open deck of the vessel and by rotating it around its vertical axis. A variable electric drive system, which is powered by the ship’s low voltage network, is used for rotation of the rotor sail.

The essential parts of the Norsepower Rotor Sail Solution are:

In the case of the Estraden, each rotating cylinder drags air around it, forming areas of high and low pressure and producing a forward thrust — reducing some of the demand for the diesel engines. “The two-sail installation is delivering the largest fuel saving of any efficiency technology NAPA has measured,” says Jouni Salo, NAPA spokesperson. “We talk figures of Rotor Sails being effective 80% of sailing time, 460kW average propulsion boost, and 1.5MW peaking for 10% of time.”

We reached out to Tuomas Riski, CEO of Norsepower, to get an insider perspective about the newest and best innovations in hybrid shipping with solutions like the Rotor Sail.

“We are witnessing a change in the status quo in regards to our wind propulsion technology. With increased pressure to adhere to existing and forthcoming environmental regulations, ship owners and operators recognize there is still great potential to make shipping even more environmentally-friendly. The industry is moving positively to reduce emissions-related issues resulting from the use of heavy marine fuel oils, which have more pollutants like black carbon and particulates than fuels used in land transport.

“The ability to harness wind as an additional power source to enable a reduction in fuel consumption is a natural next step for the maritime transport industry as it is cost-efficient and meets environmental regulations. Wind is one of the most freely available energy sources, making wind-assisted propulsion extremely viable. The wind capture provides a propulsion assist that is clean, abundant, and 100% carbon neutral.

Our Rotor Sail Solution technology seeks to support this drive towards the reduction in these pollutants and the decarbonization of the shipping industry.” 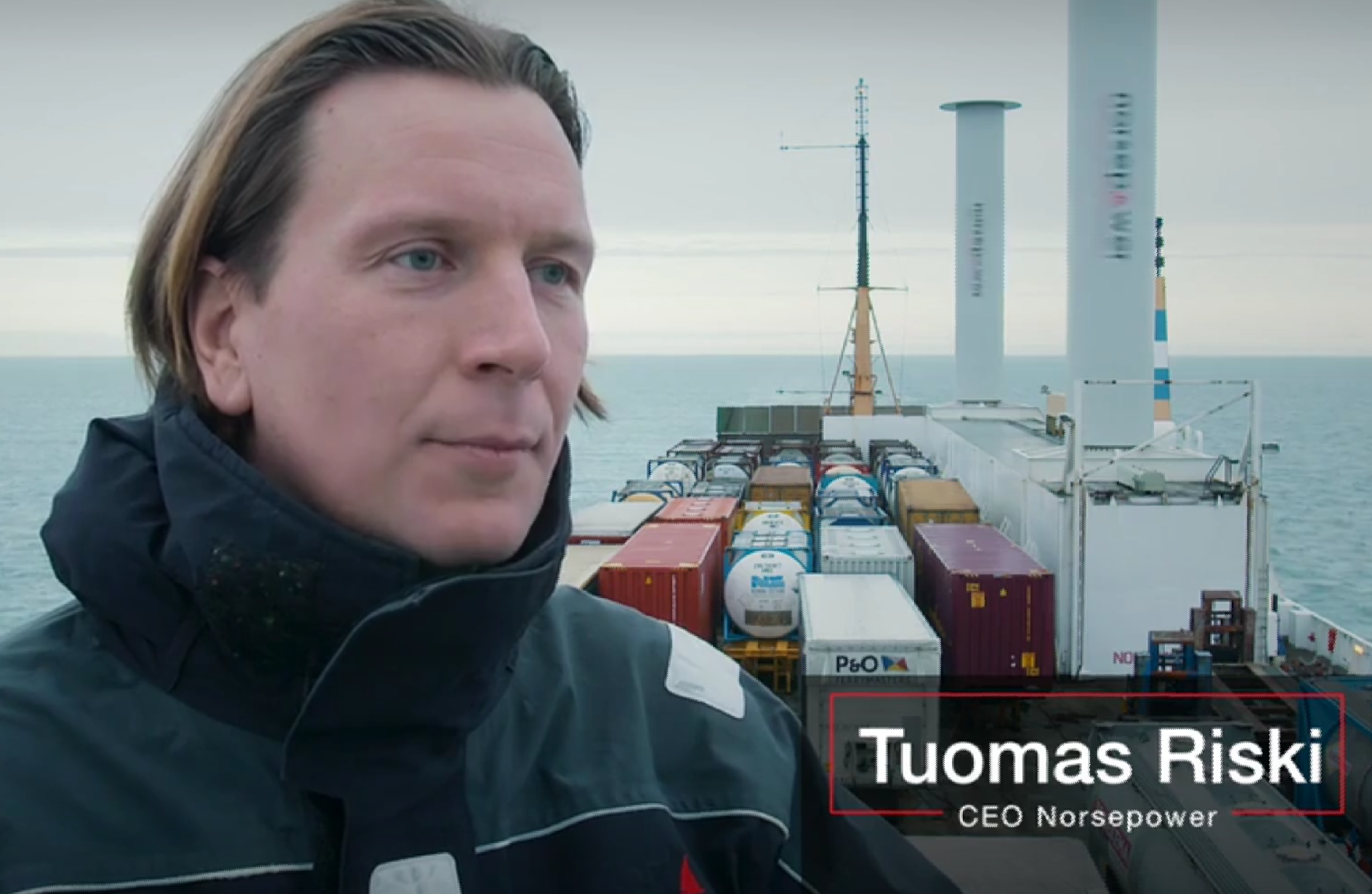 With the comprehensive transformation in the global cargo industry around hybrid shipping solutions like wind power, leading port cities such as Los Angeles are tightening up their air pollution regulations, which helps nudge shippers along the zero carbon path.

Upgrading the world’s shipping fleet will be a massive, extraordinarily expensive undertaking, and industry experts say the timeline is tight. The first zero-emission cargo ships must enter commercial operations within 10 years to give enough time for the entire world fleet to make the change by 2050, as global climate objectives require.

Cargo ships move trillions of dollars’ worth of goods each year, delivering 10.7 billion metric tons in 2017 alone. That’s up 4% from the previous year and quadruple the amount of cargo moved in 1970, according to United Nations trade statistics.

Follow CleanTechnica on Google News.
It will make you happy & help you live in peace for the rest of your life.

Carolyn Fortuna Carolyn Fortuna, Ph.D. is a writer, researcher, and educator with a lifelong dedication to ecojustice. She’s won awards from the Anti-Defamation League, The International Literacy Association, and The Leavy Foundation.
As part of her portfolio divestment, she purchased 5 shares of Tesla stock.
Please follow her on Twitter and Facebook.