If You Like Dividends, You Should Love These 3 Stocks

Often the first stock stat dividend-focused investors look at is yield. That’s understandable, but a dividend yield alone can’t tell you the whole story. The truth is, Wall Street has a bad habit of punishing companies for near-term problems without considering the long-term outlook. If you are a dividend investor, here are three high-yield stocks that look like they are misunderstood by investors today: Enterprise Products Partners (NYSE:EPD), International Business Machines (NYSE:IBM), and WPP (NYSE:WPP).

1. Happily stuck in the middle

Enterprise Products Partners is one of the largest and most diversified midstream players in North America. It helps move and process oil and natural gas, taking these energy sources from where they are extracted, transforming them into usable substances, and sending them on to where they will get used. Few peers can match Enterprise’s scale and reach, making it very hard to catch up or displace this $60 billion market cap energy giant. In fact, many of its assets are, simply, irreplaceable. 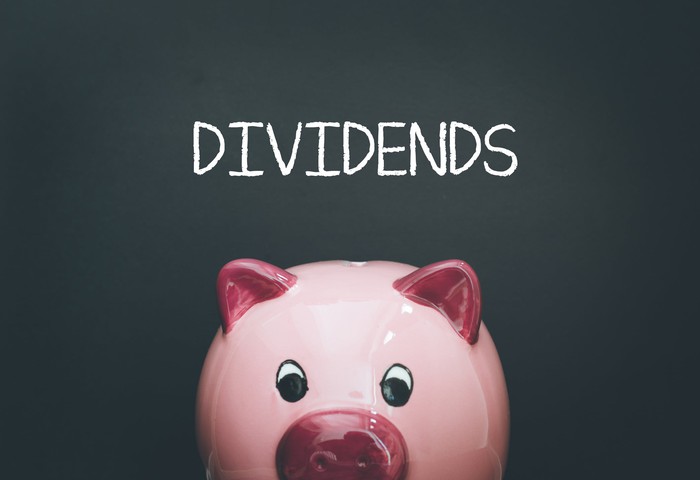 What’s most interesting here, however, is that roughly 85% of its gross operating margin is fee based, meaning it gets paid for the use of its assets. Volatile energy prices aren’t that big an issue; unlike an oil driller, Enterprise tends to produce consistent financial results over time. That’s how, despite the frequent ups and downs in the price of oil, it has managed to maintain a large distribution (the yield is roughly 6.3% today) that has increased annually for more than two decades (22 years and counting, to be more precise).

But that’s not all that’s important here. Enterprise also happens to be incredibly fiscally conservative. For example, its debt-to-EBITDA ratio, a measure of financial leverage, is near the low end of its peer group. Its distribution coverage, meanwhile, was an incredibly robust 1.7 times through the first nine months of 2019. Meanwhile, it has roughly $9 billion worth of capital investments underway that should help it add to its already-impressive history of distribution growth. Enterprise is a reliable tortoise, with historical distribution growth in the mid single digits, but if you like big yields, it’s a name you’ll want to examine closely.

2. Been there, done that

IBM is one of the largest information technology (IT) companies in the world with an over 100-year history of serving businesses customers’ IT needs. There are three things that are important in that statement that have led to an unfortunate misunderstanding of the company on Wall Street. First, unlike headline grabbers like Alphabet‘s Google and Amazon, IBM serves businesses — most people never actually see anything that IBM does so it doesn’t get the same kind of “street cred” as more consumer-facing names today. But its customer list is a who’s who of the world’s largest and most important companies. Second, a tech company with a 100-year track record has clearly managed industry change successfully, noting that computers (the company’s primary area of focus today) didn’t even exist when IBM was founded. Third, turning a company as large as IBM around takes time.

And that’s the crux of the issue: IBM is trying to shift its business with the markets it serves and it is taking longer than investors would like at a time when consumer-facing technology companies seem to be making massive IT advances. This is one of the key reasons why IBM yields 4.8% today. However, the company has been through big transitions before, and there’s no denying that this time it’s been difficult, as it sells off slower-growing and lower-margin operations (such as making computers) and invests in new areas (such as cloud computing). It appears to be getting close to a tipping point, though, with the revenue from newer businesses making up around half of the top line.

Making matters worse, however, is the fact that it just completed a big acquisition (Red Hat) that resulted in a material increase in leverage. Its financial debt-to-equity ratio rose from around 0.4 to roughly 0.6 in a single quarter. That said, management has already dropped it back toward 0.5 and plans to continue reducing debt over the next year or two. Essentially, it recognizes the leverage issue and is doing something about it. The deal, meanwhile, will allow IBM to better serve its customers and, notably, the customers of its cloud-focused competitors. That could give it an edge as businesses try to mesh public clouds with private ones that hold their most sensitive data. 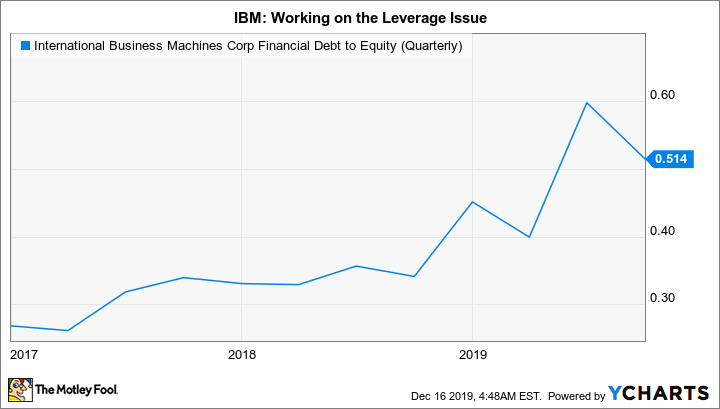 Change takes time, but IBM has done it before and looks likely to do it again. For investors that can think long-term, now might be a good time to pick up a high-yield tech giant that’s (slowly) working to better itself. Oh, and IBM just happens to have a 24-year history of annual dividend increases under its belt, too.

Advertising giant WPP’s business spans the globe, so the only material impact of note is foreign taxes on the 5.9% yield and a “strange” dividend payment schedule (it pays twice a year and the distributions are of different sizes). These subtle complications may put off some investors, but there’s still a lot to like.

The bad news first: WPP hasn’t been executing particularly well over the last few years. And, not coincidentally, it had a somewhat nasty breakup with its founder and former CEO (industry legend Martin Sorrell) not too long ago. But the board has worked quickly to get a new leadership team in place that has shifted the business from something of a dictatorship to a more team-focused approach. It installed well-regarded insider Mark Read to lead the charge. He has sold off noncore assets acquired as the former CEO worked to expand his fiefdom. Read has also worked to get the company’s many ad agencies to work together (taking advantage of their creative and technology experience) to better serve customers by merging offices and even entire businesses. And he has focused on reducing leverage to ensure the company’s financial integrity and, thus, the sustainability of that fat dividend. 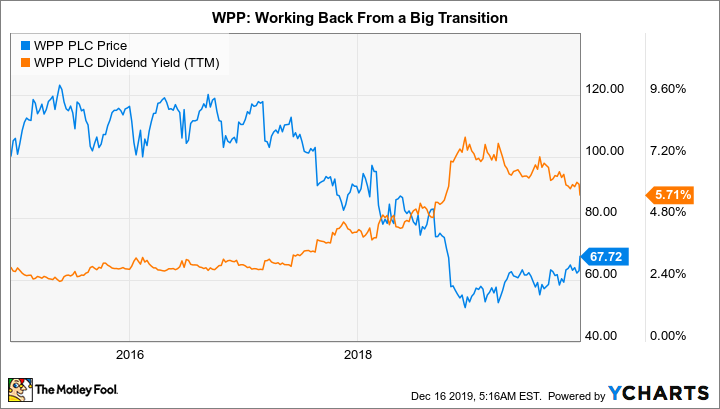 After a stretch of weak performance, Read’s efforts appear to be bearing fruit. Following the recently completed sale of a 60% stake in a large data analysis business, WPP’s leverage should be at the low end of its target range when it next reports earnings. It will also use a portion of the proceeds to buy back stock, helping to offset the revenue lost from the transaction. On the business front, meanwhile, WPP has been winning new business this year and its top line has been improving. There’s more work to be done, for sure. But WPP appears to be successfully navigating the transition from its founder to a new management team that’s taking a new (perhaps better) approach to leadership. If you can wait (collecting a generous yield that looks increasingly safe) while the positives continue to pile up, it’s likely that Wall Street will eventually catch on and reward the shares with a higher price.

Here’s the thing about dividend investing: It’s actually not all that hard to find companies with massive dividend yields. What’s hard is finding companies with big yields that are actually worth owning. Enterprise, IBM, and WPP all look like they fit that bill. Enterprise is, by far, the most appropriate for risk-averse investors. But for those willing to stick around through a transition period, IBM and WPP are both interesting options today. You’ll need to have a strong stomach, but their big yields should help shore up your resolve.