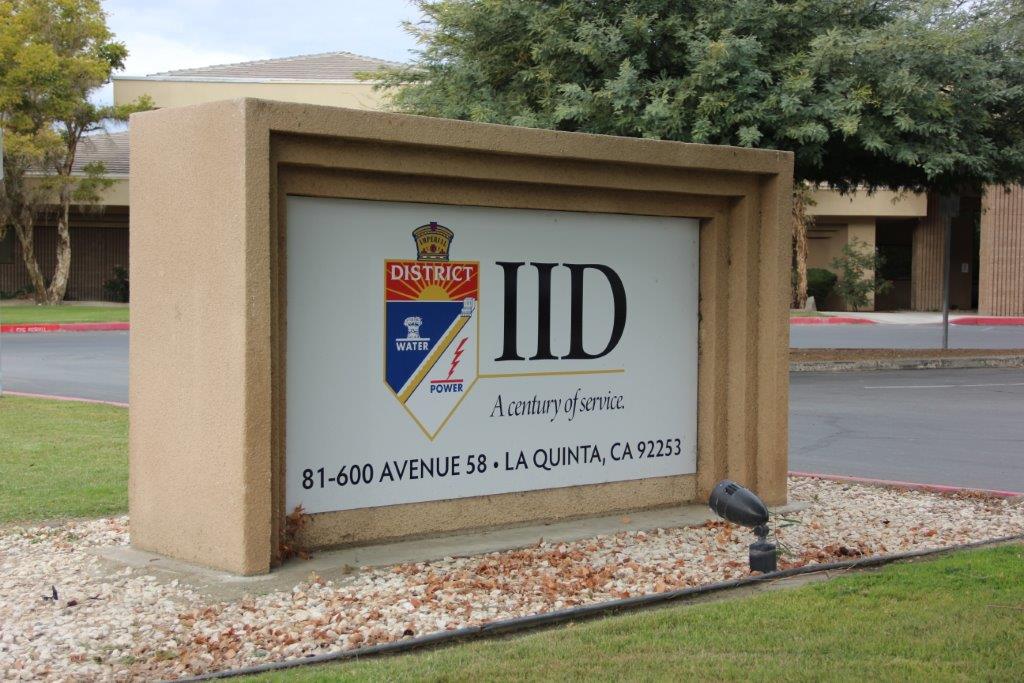 The Imperial Irrigation District board will vote Monday on a deal that could see it sell 4.3 square miles of agricultural land between Niland and Calipatria to Moreno Valley-based developer Iddo Benzeevi for $21 million. The businessman, whose previous projects have sparked controversy, envisions a massive “inland port” for the land.

Benzeevi said the depot would receive goods from the ports of Long Beach and Los Angeles — the nation’s busiest — by rail and truck, process them for use onsite in manufacturing, or quickly distribute them across the western United States and Mexico.

The parcels, once owned by the Bass brothers of Texas and currently leased for farming, sit along rail lines in the impoverished north end of Imperial County. Benzeevi told the irrigation district board in a presentation this month that the site could create 30,000 jobs and generate billions of dollars in revenue.

While backers praised the “inland port” as a huge potential win for Imperial County, critics in Moreno Valley, 130 miles northwest in Riverside County, urged skepticism. They said they’ve heard the same promises — and seen some of the exact same presentation Benzeevi made to IID this month — for a similar failed project dubbed the World Logistics Center.

In his talk to the IID board, Benzeevi focused more on broad-brush global economics than project specifics, and even quoted Mark Twain. He declared that the West Coast of the United States is now the gateway to America, and that Imperial County has a fantastic opportunity to be a part of the trillion-dollar “golden triangle” of commerce and logistics in Southern California.

“It’s right here at this location you have the opportunity to serve 250,000 customers,” he said,adding that the county would virtually become part of the coast.

The land Benzeevi is seeking to acquire sits about 165 miles as the crow flies inland from the Port of Los Angeles. To drive it is 200 miles and more than three hours — not accounting for traffic.

His bid is strongly backed by the Imperial Valley Economic Development Corp., a public-private partnership aimed at expanding and diversifying the county’s economy. Its officials described Benzeevi and his company Terre Ferme as a client, and said they were the ones who sought out Benzeevi, acting on a hunch. They say the project would provide a transformative, sorely needed boon to Imperial, one of the poorest counties in California.

Others agreed, including real estate specialists, a labor union representative, and local school district officials who see young people fleeing the county for jobs and struggling families in what one called “dying communities.”

Imperial County, one of the poorest in California, had a 21.4% poverty rate in 2018, compared to 12.8% statewide, according to census data. Last month’s county unemployment rate was 21.2%, versus 3.8% for Riverside County,per federal labor data.

Critic: ‘He doesn’t have a track record’

But Benzeevi opponents, including in Moreno Valley, where he and two of his companies are based, say he is using the same tactics he has used for years to try to persuade poor communities to let him acquire assets for supposedly massive projects that don’t materialize — or cause significant harm.

Since the 1980s, they note, he has sought unsuccessfully to build a massive airport at a closed San Bernardino military site, and a warehouse complex the size of 700 football fields in Moreno Valley. He also backed a takeover by his brother Benny, a doctor, of a functioning Tulare County hospital complex, with aims to build a new tower that didn’t materialize.

“He looks for struggling government operations or rural communities like Tulare, or how Moreno Valley was in the 1980s, and tries to win them over to get exclusive development rights,” Krystal Quinn, a resident of Moreno Valley since 1979, said in an email. But little is ever built, she and others charge, with Benzeevi and investment partners instead looking to sell the land and the development rights for a profit. “He doesn’t have a track record as a developer despite what he presents,” she said. 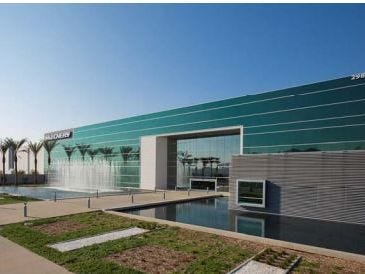 The Skechers facility along the 60 Freeway is a Highland Fairview project. (Photo: Courtesy of World Logistics Center FEIR)

A massive Skechers shoe logistics warehouse has been built on land owned by a Benzeevi company along the 60 Freeway.

The complete World Logistics Center, similar to the proposed Imperial County depot in key respects, was the subject of 10 lawsuits over a variety of issues, including air pollution from freight trucks and heavy traffic through residential neighborhoods, and was stymied by a court decision.

The soft-spoken Benzeevi brushed aside such concerns at the Imperial Irrigation District meeting, saying the freight containers would be taken off cargo ships arriving from Asia and elsewhere by “kind of a conveyer belt” that would load them onto trains and “clean energy” trucks that would be powered by fuel cells or other coming innovative technology, to be shipped to the “inland port.”

There have been controversies elsewhere. In Tulare County, he and his brother, Dr. Yorai “Benny” Benzeevi, a physician, allegedly formed a corporation that took over a hospital from which $1.6 million in revenue was funneled to a bank account opened by Benny Benzeevi.

Benny Benzeevi hired a political consulting firm run by former Israeli Mossad agents to orchestrate an attempt to defeat a local council candidate who opposed his plans, according to New Yorker magazine.  The bid failed. 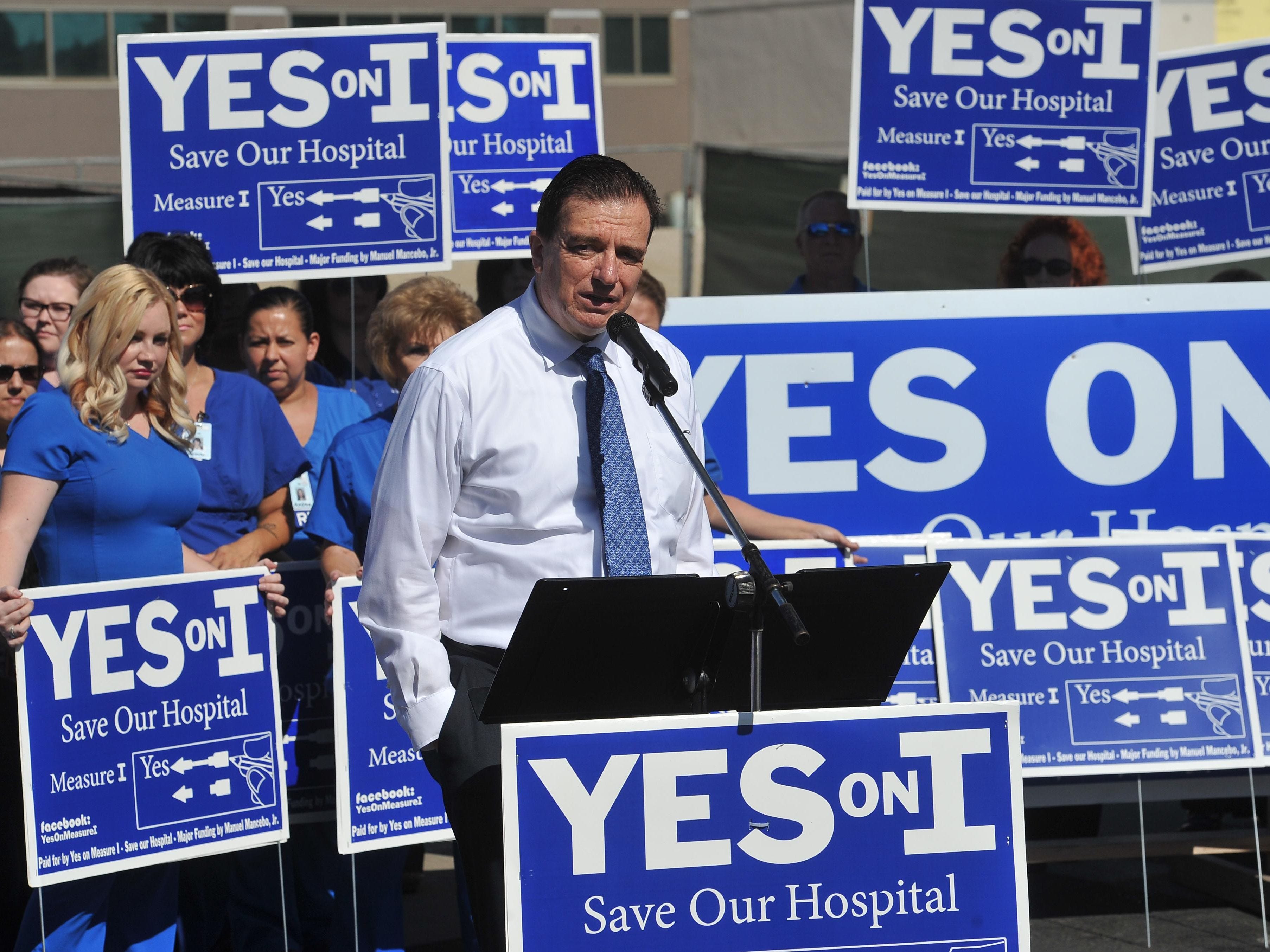 Dr. Benny Benzeevi speaks during the Yes on Measure I Save Our Hospital press conference in front of the Tulare Regional Medical Center tower on July 12, 2016. (Photo: Juan Villa)

Iddo Benzeevi and his companies have contributed to elected officials in Moreno Valley. State records show his company Highland Fairview gave $29,200 to Gavin Newsom when he was running for governor and $90,000 to Antonio Villaraigosa in the same campaign.

The Desert Sun found no records showing he has contributed to IID board members.

Benzeevi has not responded to several requests for interviews from The Desert Sun. IID’s legislative affairs director, Antonio Vargas, said staff and board members are aware of Benzeevi’s past activities and the criticisms of him, and that it was up to theboard to decide on the land transaction.

Water rights could not be resold

Purchasing the water district property would be one of a series of steps that need to be completed to construct the “inland port.” The project would still need to win a complex series of zoning, environmental and other approvals from a variety of agencies. Benzeevi is also seeking to buy adjoining private properties.

The proposal before IID, laid out as an option to purchase land, would afford Benzeevi and Terre Ferme six consecutive one-year options to buy the acreage, for a fee of $100,000 each year, if they meet certain benchmarks.  The agreement would not allow Benzeevi to acquire water rights that he could sell, IID staff said. If his project doesn’t pan out, they said the sale agreement is structured to give IID the right to veto a subsequent sale of the parcels.

James Hanks, a retired teacher and school administrator, said: “It’s a perfect opportunity. … In my lifetime, this is the best, most important project that I’ve seen come forward.” 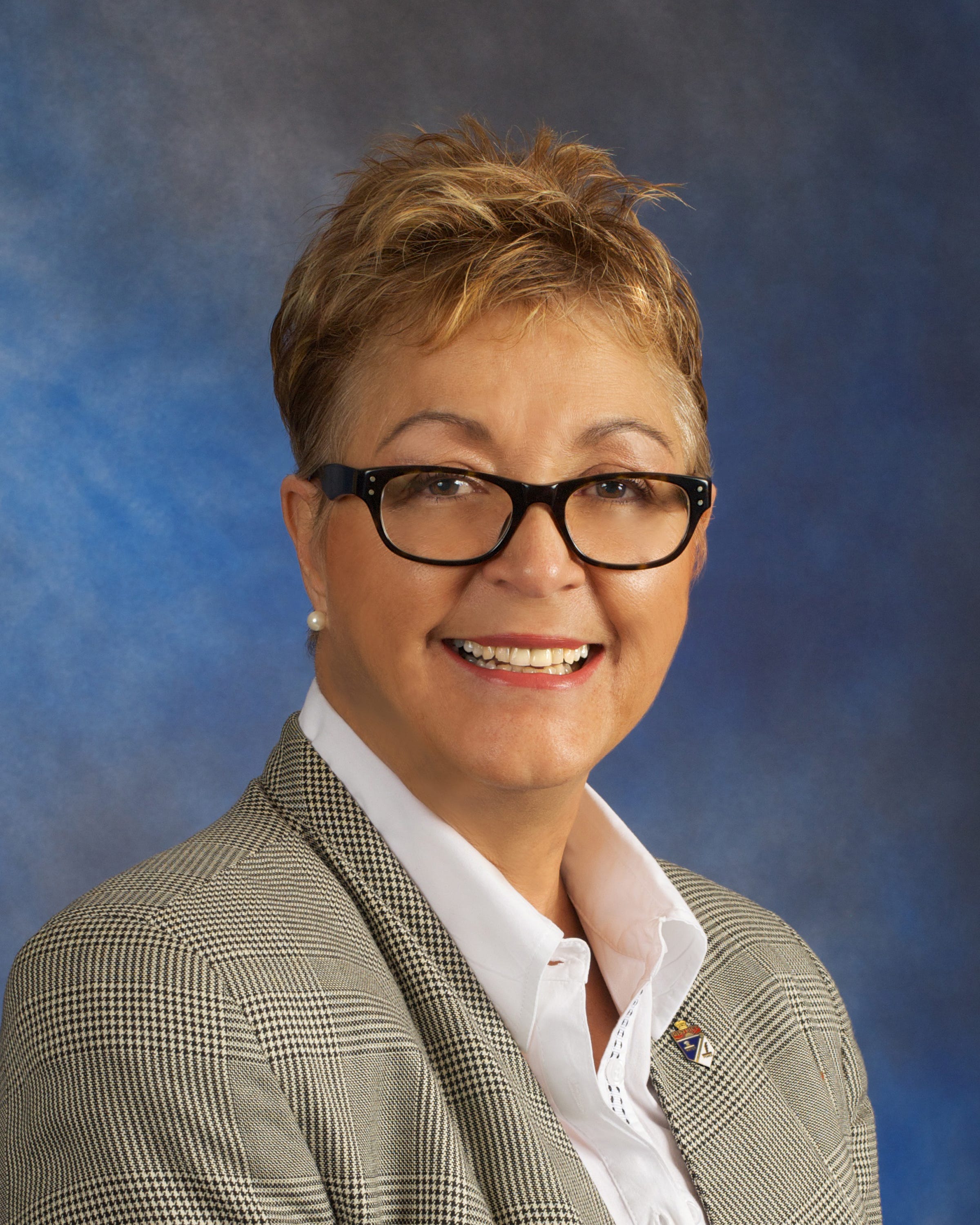 But fellow director Norma Sierra Galindo worried that many of the promised jobs would never materialize due to automation, and that those that were offered might not pay well.

“Yes, we want to be part of the global economy, but we don’t want to be a third-world economy,” Galindo said. “Whether we work with our brains or our hands, we are hard-working, intelligent people who deserve to make twice the minimum wage.”

Research by former Desert Sun reporter Amy DiPierro was used in this report.

Janet Wilson is the senior environment reporter with The Desert Sun, and authors the Climate Point newsletter for USA TODAY. She can be reached at [email protected] and @janetwilson66.