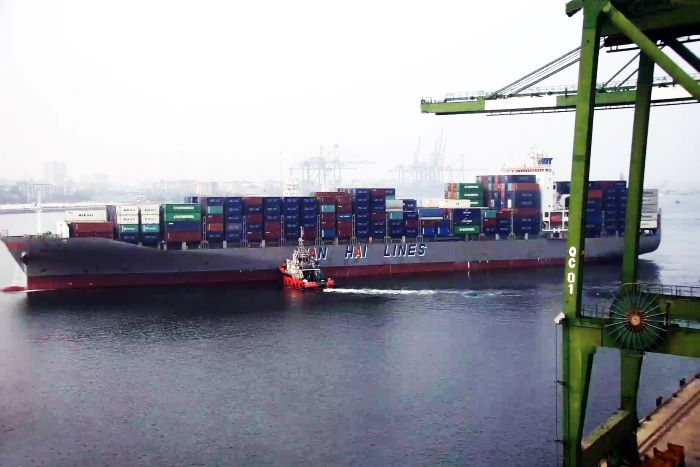 That push was evident in panel discussions and views expressed by delegates at a shipping summit in Mangalore last week. The southern coastal city is home to the New Mangalore Port Trust (NMPT), one of India’s 12 major public ports.

While stakeholders generally agreed that digitization does play a role in improving transparency, a more coordinated effort at the human level is imperative to fix many of the things ailing trade development in the region, they said.

“Everyone knows where the problem lies, so a remedy can be found if all of us sit together,” Jeekshith Shetty, director of Navi Mumbai-based ship agent Bhavani Shipping Services, said during a panel on trade perspectives on connectivity and cargo movement.  He was responding to shipper concerns regarding varied stevedoring rates at NMPT.

Julian Bevis, Maersk’s senior director for South Asia, said Indian logistics verticals have evolved into a more efficient, transparent ecosystem in recent years, driven by increasing competition. He said ocean freight rates have bottomed out on major trade lanes with the deployment of more capacity and that coastal trade development remains a key element in further lowering logistics costs. A recent Maersk study found that the average cost of transporting one ton of cargo in India by inland waterways is 1.19 rupees (1.7 cents), compared with 1.41 rupees by rail and 2.28 rupees by truck.

Panelists said although coastal shipping is more economical, shippers prefer trucking over other modes for end-to-end logistics advantages. Coastal shipping pricing also generated controversy, as some delegates said there is little clarity in the market at present around how government incentives extended to short-sea carriers — a 40 percent discount on normal port tariffs — are percolating down to an improvement on the overall cost side. They said it is equally critical for policymakers to ensure shippers and consumers gain fairly from the benefits of such trade development subsidies.

Further, inland haulage charges collected by carriers came under fire from cargo owner representatives, stressing that Container Corporation of India (Concor) should explore merchant haulage contracts, which they argued would prove to be more competitive than a carrier haulage model. Anup Dayanand Sadhu, group general manager of Concor, who was a panel speaker, tentatively agreed to consider offering such an option.

Shipper representatives also raised concerns over terminal handling charges (THC) they said vary considerably from port to port even within a region. THC has long been under government regulatory actions, but a consensus has yet to emerge on how this cost component can be streamlined or made more transparent. Customs at Jawaharlal Nehru Port Trust (JNPT) recently put forward a proposal by which beneficial cargo owners (BCOs) will be able to pay such charges directly to terminal operators instead of running them through shipping lines. Given the stiff resistance shown by carriers earlier, it remains to be seen how this effort will eventually play out.

Representatives of other industry groups — the Federation of Indian Export Organizations (FIEO) and the Indian National Shipowners Association (INSA) — also attended the conference. Anil Devli, CEO of INSA, who has been part of stakeholder interactions on a standard operating procedure (SOP) for export freight payment, said the export regulatory mechanism, which was approved Nov. 18 for implementation, should help fix shipper concerns over exchange rates applied by carriers for Indian Rupee-US dollar conversion. FIEO had been the major force behind pursuing this issue with the government.

N. Sivasailam, special secretary (logistics) at the Ministry of Commerce, cited various government efforts under way to make supply chain costs more competitive, but said digitization holds the key to transparency. To that end, he called on stakeholders to take full advantage of the collaborative port portal — PCS1x — in which the government has already invested about Rs. 250 crore ($35 million).

Sivasailam also said the digital platform has already caught the eye of major global trade nations, including Singapore and the Persian Gulf, for collaboration.

NMPT has suffered for decades from under-investment in dockside infrastructure and connectivity networks, thus relegating itself to a feeder point — currently hosting three feeder calls a week. Because of these bottlenecks, exporters and importers in and around Mangalore are largely using other nearby ports — Krishnapatnam, Chennai, and Cochin — even for transshipment movement. Port statistics collected by JOC.com reflect that trade pattern, as NMPT handled just 132,000 TEU in fiscal year 2018-19.

However, A.V. Ramana, chairman of NMPT, said the port is working to address current growth challenges and remains optimistic about a turnaround in container handling in the coming years.

Bency Mathew can be contacted at bencyvmathew@gmail.com.

Aussie growers facing $263m losses this summer due to COVID-19