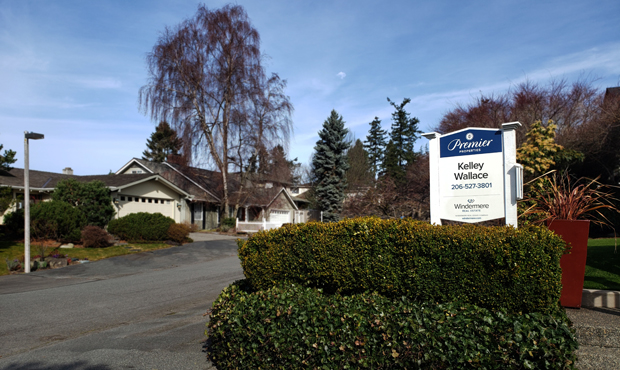 Throughout late 2018 and early 2019, housing prices in the Puget Sound region fell dramatically. Now, it would appear as though prices are on the way back up, during a part of the year where the opposite typically occurs.

Housing inventory jumped in late 2018, which had prices on a downward trajectory for the better part of 2019, driven by home owners looking to cash out on their investment before it was too late.

“A lot of investors were seeing at that point of time mortgage rates were rising up on, so price growth was slowing and saying, ‘OK, perhaps now is the right time to get rid of my investment house,’” Gardner said.

That inventory was quickly scooped up in recent months, now putting the region right back where it started in early 2018: With scarce, expensive options for buyers.

Year-over-year, King County inventory in October dipped by almost 26 percent, with similarly dramatic dips in Snohomish and Pierce Counties of 23.5 and 30 percent, respectively.

Still, Gardner notes that this is more of a course correction than a troubling trend for the future of the local housing market.

Why Puget Sound millennials are finally looking to buy homes

“The big drop [in inventory] quite frankly is because we saw a very large number of listings come on in middle to the latter part of 2018 — the natural pull-down is exaggerated,” he described.

Not everyone agrees with that assessment, though, with Coldwell Banker Bain President and COO Mike Grady pointing to more consistent median prices as an indicator.

“The most recent data certainly appears to bolster the idea of a ‘new normal,’ as we see the same trends continuing,” Grady said. “Inventory is staying between 1.7 and 2.3 months and median sales prices are stabilizing.”

Regardless, the Puget Sound region remains an expensive place to buy a home.