Close to 2,826 tons of rice is expected to be collected from the district through this app, sources at the Jessore Directorate General of Food said

Farmers in Jessore remain in the dark about the government’s decision to purchase rice during the Aman season this year through a digital app.

Helaluddin, a farmer the Sadar upazila’s Deara union, said he was cultivating Aman paddy on 2.5 bigha of land this year; he will keep some of the paddy and sell the rest. However,  no one told him about the digital procurement process, he informed.

Ashraf Hossain, another farmer of Arabpur union, was equally unaware about the process, but welcomed the government’s initiative.

Md Golam Mostafa, assistant agriculture officer at the district’s Department of Agriculture Extension (DAE) office, said they themselves received the government notification only a week ago. They will carry out a promotional campaign regarding the digital procurement process soon, he added.

Arifuzzaman, an entrepreneur at Arabpur union digital center, said a letter in this regard was sent by Access to Information (A2i) on Sunday.  They do plan to help fa rmers interested to sell their rice using the digital center, he mentioned. 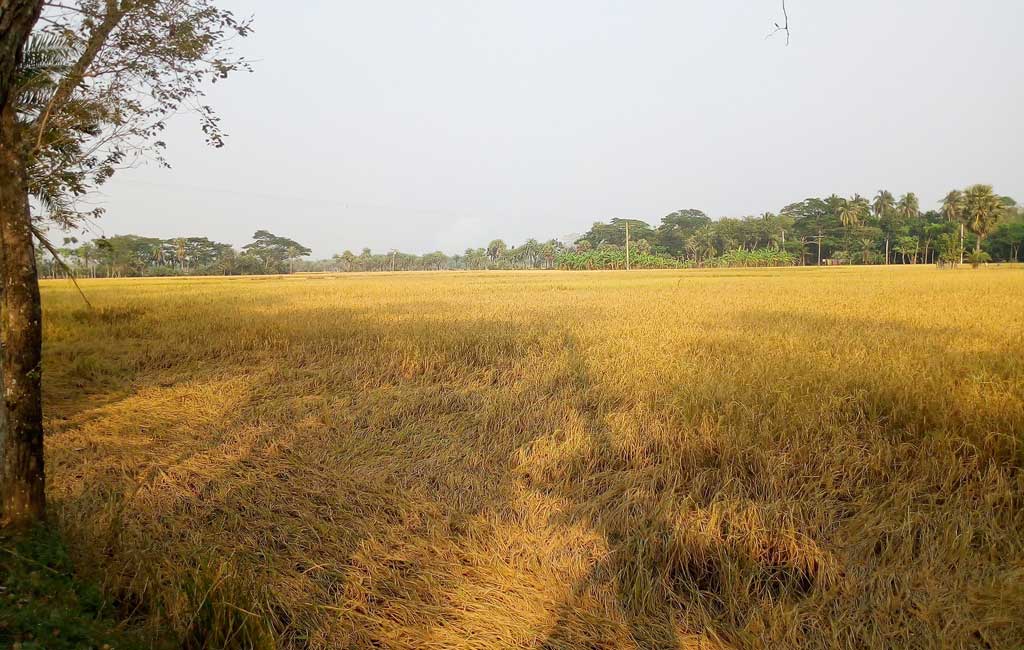 A rice field in Jessore | Dhaka TribuneLiaquat Ali, acting food officer in Jessore, said farmers have until December 7 to register themselves,in order to be eligible under the digital app.

A lottery will be held on December 15 to select the final list of farmers, he added.

Sources at the district’s DAE office said Jessore Sadar is part of the 16 districts where the government will purchase rise directly from farmers via an app named “Krishoker App.”

Close to 2,826 tons of rice is expected to be collected from the district through this app, sources at the Jessore Directorate General of Food said, while 15,230 tons will be purchased from Jessore through conventional procurement methods.

The DAE office also said the annual rice production target in the district was set to 5.83 lakh tons, out of which Sadar upazila will produce 90,000 tons.

The app has been developed for the farmers so that they could sell their produced paddy directly to the government.

After downloading the app, it can be used easily on a smartphone. Farmers have to register through the app by providing their national ID number and phone number. Those farmers who do not own mobile phones can go to the upazila digital center  and use the app there.