TOPEKA, Kan (WIBW)– In 2011 Kansas was one of the first states to enact a concussion law but The Kansas Athletic Trainers’ Society is calling for an update. 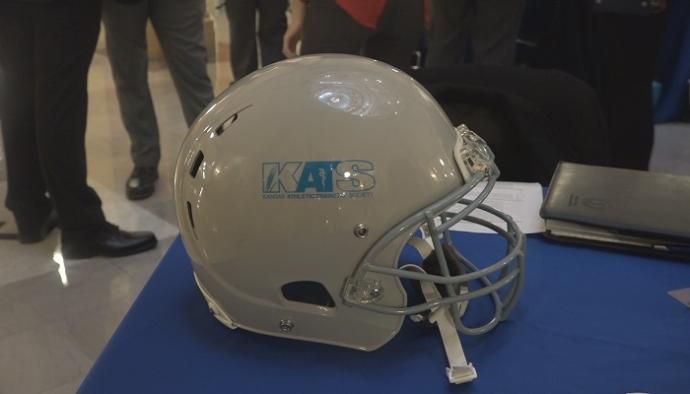 Karen Garrison, President of the Kansas Athletic Trainers Society says based on new research, the law is a little outdated.

“It really focuses on high school athletes and when they sustain a concussion and in 2011 we were really concerned with making sure they don’t continue to participate in athletics until their brain has healed.. well 2011 was a long time ago,” said Garrison.

The updates focus more on the re-integration of students into the classroom after a head injury in the field.

If passed, the bill would ask schools to establish a concussion management team.

“This is an interdisciplinary approach to managing both a return to learn as well as a return to play protocol, so these are people that are already in place in these schools. Administrators, teachers, councilors if they have them, school nurses if they have them but it puts people in place to monitor these protocols so that these student athletes are safely returned to both the classroom and athletics,” said Garrison.

According to one of the new bill’s authors, Rich Bomgardner, says the return to the field and the classroom are two completely different things.

“Return to learn is about comprehension of material, it’s not a checks and balances system to make sure that students have made up all of their homework that they miss three days of school with, it’s do they actually comprehend the material they learned prior to the concussion now.”