After being welcomed at King Abdullah Port’s VIP hall with brochures, the students were introduced to ports and the maritime transport sector in general and King Abdullah Port in particular. The trip allowed the students to visit the port’s operations center and container terminals in an exciting experience that helped them see the port’s activities up close, starting with the process of transporting containers in the container terminal.

The participating students learned about the vessel movement service in real-time and witnessed the process of transporting bulk cargo as well as Almarai Company’s cranes and warehouses in the bulk and general cargo terminal. The trip also helped the students understand the various operations, tasks, and roles in the port’s divisions. During an open discussion, port officials answered all of the students’ questions and inquiries, which reflected their interest in the technical and administrative aspects of the port. 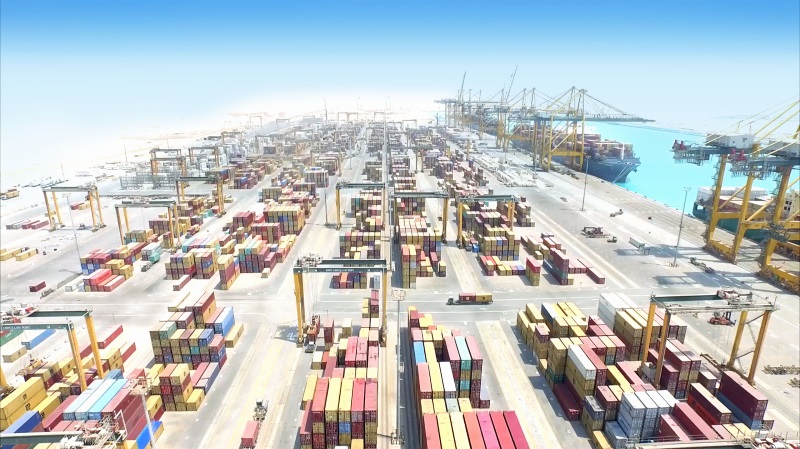 In addition, the students gained a deep understanding of the port’s role as a new logistics hub and marine gateway to the Kingdom on the Red Sea coast, as well as how its strategic location enables it to contribute to the fulfillment of the objectives of Vision 2030 and transforming the Kingdom into a global logistics platform linking Asia, Europe, and Africa. They also learned about the port’s ability to receive the largest container vessels in the world due to its powerful and advanced infrastructure, which includes the world’s deepest 18-m water berths.

The school trip is one of the social initiatives of King Abdullah Port in line with its efforts to engage with the community. The port seeks to deliver realistic experiences to new generations and encourage them to learn about port activities first-hand in order to raise their awareness and knowledge of the port, logistics and freight sector, and enhance their contributions towards achieving the objectives of Vision 2030. As a roadmap for the Kingdom’s future, the Vision places significant emphasis on creating vibrant and dynamic young talents who are capable of driving the growth and development of the Kingdom.

Located in King Abdullah Economic City, The World Academy provides its students with advanced, world-class education to prepare the new generation of leaders from the Kindergarten stage until High School. It provides its students with cutting-edge technical facilities as well as a group of laboratories, such as the Design and Technology Laboratory, LEGO Robotics, and 3D printing, in addition to other supporting services such as the Student Services Center, the entrepreneurship and professional skills zone, and various indoor and outdoor sports facilities.
Source: King Abdullah Port