Kroger warehouse workers walk out in Memphis over coronavirus concerns

Kroger warehouse workers walk out in Memphis over coronavirus concerns

About 400 Kroger warehouse workers in Memphis walked off their jobs yesterday to protest mind-numbing work shifts of up to 96 hours a week and unsafe working conditions as COVID-19 spreads through the state of Tennessee. The warehouse workers left their jobs after a warehouse worker tested positive for COVID-19, but Kroger officials refused even to tell the workers what shift he had worked. Pressure had been brewing for some time as workers repeatedly complained of woefully insufficient safety measures.

In a related development, The Hill reported yesterday that Instacart “shoppers” (the company’s term for its gig workforce) will stop accepting deliveries until Instacart provides “cleanliness products at no cost to workers, hazard pay of $5 per order and an extension and expansion of pay for workers affected by the coronavirus.”

Instacart, founded in 2012, is an American technology company valued at nearly $8 billion which provides a same-day grocery pick-up and delivery services in the United States and Canada. Instacart is a prime example of the new “gig-economy” which provides temporary work, low wages, little in the way of benefits, no job security and big profits for the owners and stockholders

The strike is set to begin on Monday, according to the Gig Workers Collective, which organized the action.

“This is an extraordinary time in history, and as Shoppers, those of us who are able—and have the means to protect ourselves—do want to help those in our community by delivering groceries and supplies,” the group posted online. “But with Instacart neglecting the basic wellbeing of its 150,000+ drivers, we believe there is no choice but to not only walk off, but to raise awareness to the company’s practices.”

In Memphis, hundreds of workers have been working mandatory overtime, as long as 16 hours per day, seven days per week. These workers were tasked with loading 120,000 cases of groceries each day.

Within the city itself, the overall poverty rate is 27.8 percent, and the child poverty rate is 44.9 percent. According to a University of Memphis study, the West Tennessean city has been scored as either the number one or number two poorest city of its size in the nation.

“We are really in a hazardous situation and we are scared,” Maurice Wiggins, a father with two children and also a forklift operator, told the Memphis newspaper. “Half the workers have gone home, They are scared for their safety,” Wiggins said. “The ones that are here, they are so tense and they are scared to touch the equipment.”

“They have diabetes, they have asthma. If they catch it, they’ll be high-risk,” Wiggins explained. “Me personally, my Mama, she got diabetes. I can’t go around my Mama, I gotta get tested now.”

“They only care about us getting cases out,’” a worker said, “not our health and safety.”

Barry Brown, business agent for Teamsters Local 667, said Kroger did make some concessions to clean areas but have otherwise not treated the COVID-19 outbreak seriously.

“You felt that you did something good buying pizza for everybody. Everybody was just in one break room, eating pizza—like nothing going on in the world, like it’s not serious,” Brown told the Leaf Chronicle.

Unlike other major grocers, Meijer and SaveMart, Kroger has not increased its workers’ base pay during the pandemic, the Commercial Appeal reported. Kroger’s Delta division provides shipping to Kroger stores in western Tennessee, Arkansas, Mississippi, western Kentucky and southeast Missouri. Warehouse workers have had to load 120,000 cases of groceries each day and have been working mandatory overtime since the COVID-19 outbreak began.

Besides driving Kroger workers like dogs, the outbreak fueled businesses possibilities for the likes of Instacart.

“Demand for grocery delivery has exploded as more states and cities recommend individuals stay home to slow the spread of coronavirus,” The Hill reported. “Instacart last week announced it would hire 300,000 new gig workers over the next three months to match that demand.” 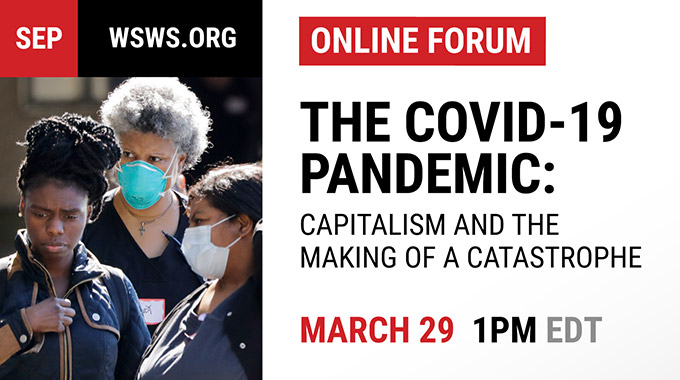