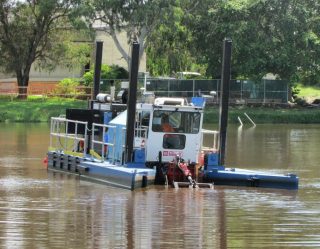 Pinellas County has begun the most important phase of the Lake Seminole Restoration Project.

A county contractor has started a dredge operation that will remove about 900,000 cubic yards of organic sediment from the lake, aiming to bring it to its healthiest state in decades.

Lake Seminole is the county’s second largest freshwater lake, a critical part of the watershed and a major amenity for recreation and nature enjoyment.

But accumulated sediment has contributed to persistent water quality problems and habitat degradation.

The three-year dredging operation will remove about 54 tons of phosphorus and 311 tons of nitrogen, reducing nitrogen loads by 56 percent in Long Bayou and Boca Ciega Bay.

Now, Clearwater-based Gator Dredging is using a hydraulic dredge to remove the muck from the bottom of the lake.

The $19 million project is scheduled for completion in early 2023.