Loblaw Companies Ltd. says it’s ready to play a key role in Canada’s vaccination effort, noting that the company’s pharmacists are capable of administering a million shots a week.

Loblaw president Sarah Davis says the grocery and pharmacy retailer’s supply chain is able to deliver vaccines and begin administering the shots the day it receives them.

She says the company’s 1,300 Shoppers Drug Mart and Pharmaprix drugstores across the country are within 10 minutes of most Canadians.

Her comments came during a conference call with financial analysts Thursday as Loblaw reported its fourth-quarter profit and revenue rose compared with a year ago amid the pandemic’s continuing positive impact on food retail sales.

Davis says the company’s pharmacies have administered seasonal influenza vaccinations for years and are well positioned to do the same with the COVID-19 vaccines.

Yet she says Loblaw has not been given the rollout strategy across all provinces or the timing yet.

WATCH | Why where you live may determine when you get vaccinated: 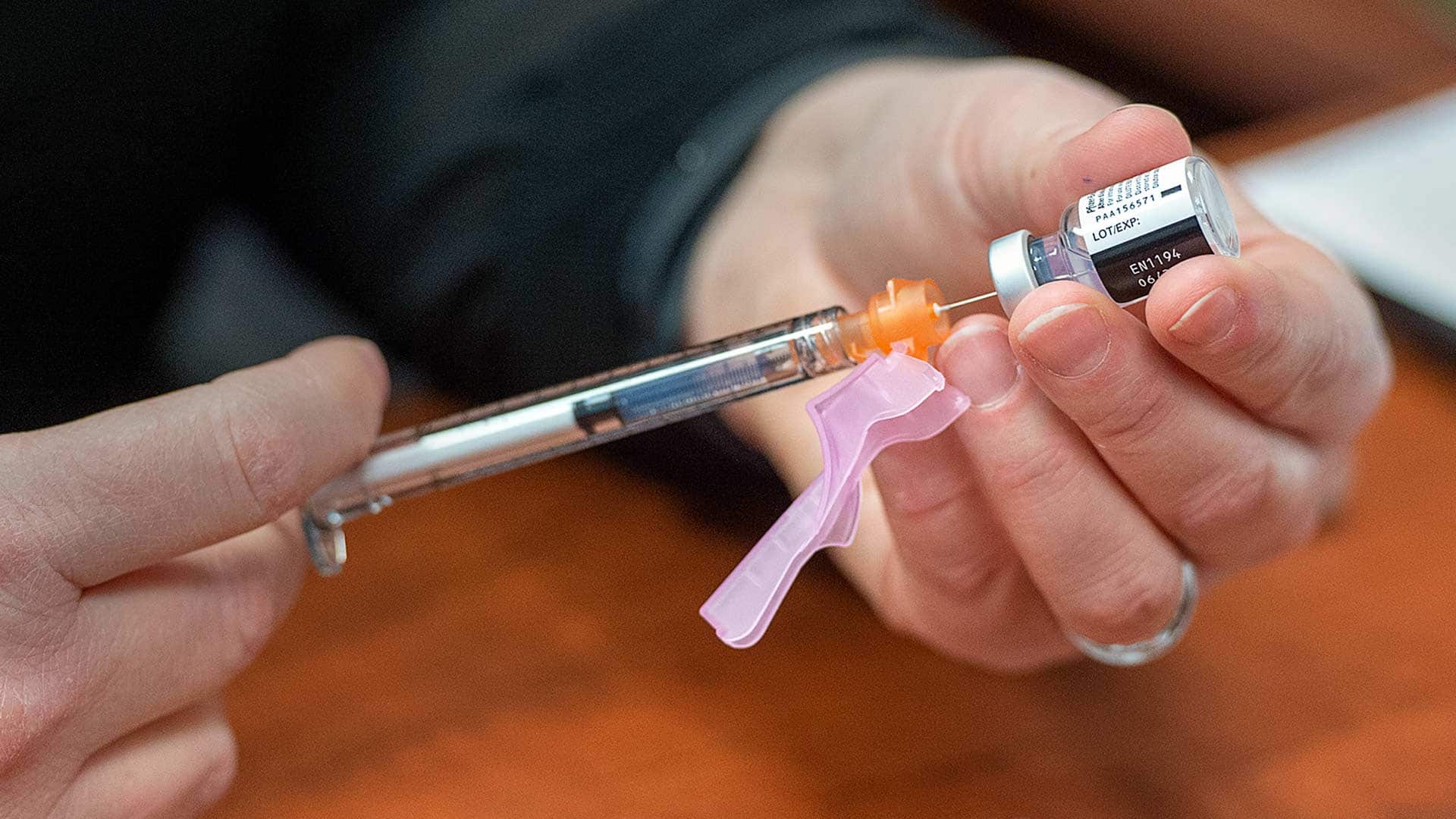 When Canadians will be able to get a COVID-19 vaccine may depend on where they live. The provinces have started revealing their rollout plans, but the timing of who can get a shot varies across the country. 1:58

Davis says the company’s pharmacists in Alberta will start offering the vaccine in some stores next week.

She says Ontario, Manitoba and Saskatchewan have all indicated the company will be part of the vaccination process, but that Loblaw hasn’t received more details such as the exact timing.

In Manitoba, officials have said vaccine doses won’t be available at medical clinics and pharmacies until Health Canada approves a third vaccine that doesn’t require ultra-cold storage. The AstraZeneca shot, unlike the already approved ones from Pfizer-BioNTech and Moderna, is one such example, officials said.

Last week, Pfizer Inc. and BioNTech SE submitted new temperature data to the U.S. Food and Drug Administration that said their COVID-19 vaccine could be stored in pharmacy freezers instead of ultra-cold storage facilities.

In British Columbia and Quebec, meanwhile, Davis says it appears pharmacists could play a role at the mass vaccination sites, but not within the drugstores themselves.

However, she says the vaccine will likely be around for a long time and it’s possible the scope of the pharmacy’s role in some provinces could expand over time.