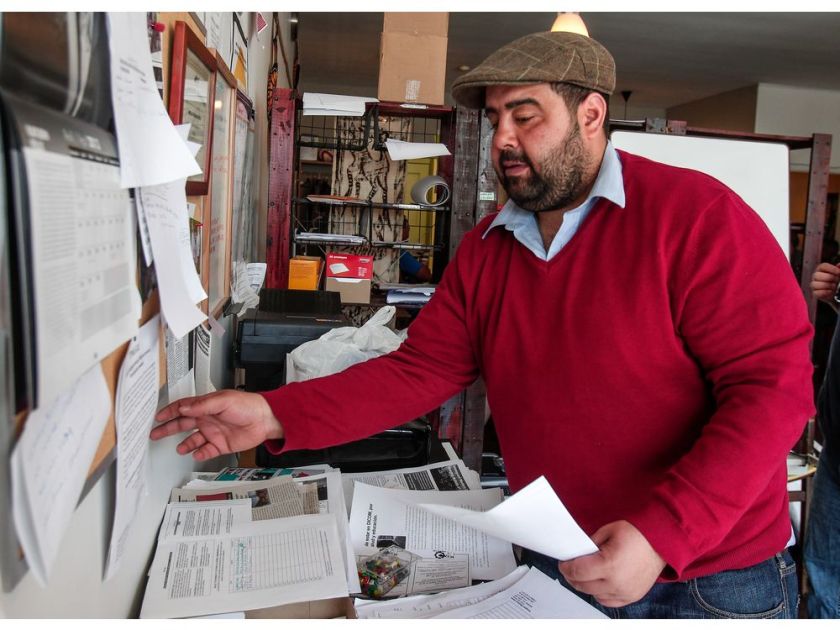 “Warehouse work in Montreal is structured so that employees have a minimal capacity for collective organization,” Mostafa Henaway, of the IWC, said in a statement.

Montreal’s warehouses routinely exploit a large segment of mostly immigrant workers, some of whom are injured on the job and then abandoned by their employer, a new report has found.

A survey carried out last summer by the Immigrant Workers Centre (IWC) observed two-thirds of warehouse employees are often forced to work overtime and 10 per cent are paid below Quebec’s minimum hourly wage of $12.50.

“It’s like a slave trade,” Mohamed Barry, a former warehouse worker, said on Saturday at a news conference at the headquarters of the Confédération des syndicats nationaux (CSN).

“The workers have no rights. It’s a life of insecurity, financial as well as mental and physical,” added Barry, who today walks with a cane following a 2016 injury to his right leg while at work.

More than 15,600 workers lift boxes and drive forklifts in warehouses in the Montreal metropolitan region. Up to 80 per cent are immigrants, many of them hailing from African nations seeking a better life in Canada.

At 31 per cent, the single largest proportion of immigrant warehouse workers are from Haiti, according to the survey.

Olawale Ogundipe, who immigrated to Quebec from Nigeria last year, said he landed a job through a placement agency at the Dollarama warehouse in Town of Mount Royal’s industrial park.

He recounted how he twisted his ankle two weeks into the job. He accused Dollarama of not helping him in any way following his injury, and he quit shortly after. Ogundipe ended up buying over-the-counter medications at a pharmacy to ease the pain in his ankle.

“I reported my injury immediately to my supervisor, and I was told: ‘Sorry, there’s nothing we can do for you,’ “ he recalled.

“Dollarama maintains strict health and safety standards within its distribution centre and warehousing facilities, applicable to all, and has an excellent safety record,” Radmanovich said in an email. “We are proud of our diverse workforce across our operations, which is representative of the diversity of the communities we serve. We provide competitive compensation, as well as a dynamic, discrimination-free work environment.”

The IWC is calling on the provincial government to adopt a decree to set common standards for warehouse workers, including guaranteed wages, paid holidays and sick leave.

“Warehouse work in Montreal is structured so that employees have a minimal capacity for collective organization,” Mostafa Henaway, of the IWC, said in a statement.

Henaway noted workers are expected to keep up with a gruelling pace, and are not provided safety equipment or training.

”It’s a very murky world,” he added of the warehouse industry, which kicks into high gear before the holiday season.