Medibank to expand its use of SAP Ariba – Finance – Cloud – Software 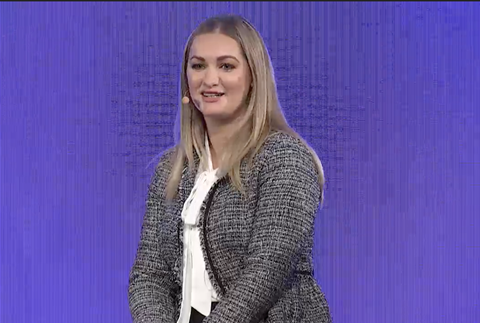 Medibank has flagged an expansion of its use of SAP Ariba to improve its analysis of spending and ability to source one-off items.

Ariba was brought into Medibank via Project Springboard, essentially an enterprise resource planning (ERP) transformation that used SAP’s S4/HANA for finance, Ariba for procurement and SuccessFactors for HR/payroll.

It is one of two major IT transformations pursued in recent years that consolidated operations on an SAP stack.

Medibank’s head of procurement operations Elaine Doheny told SAP Ariba Live in Sydney earlier this month that the move to Ariba was effectively driven by requirements from the insurer’s chief procurement officer David Fittler, who joined in 2016.

“We had a new CPO join, David Fittler, and he asked for a contract expiry list, and there were crickets – silence – for weeks,” Doheny said.

“As he progressed through that, we realised that we didn’t have any central storage or repository for our contracts.

“We had no system for any procurement transactions at all, and all of our invoices were sent to … a generic mailbox with “pay this urgently please”: no cost centre, no approver, nothing.

“So we’ve been on a rapid, wonderful journey [to change that] over the last three years.”

Doheny said the business case for Ariba was rooted in “governance, transparency and visibility” of Medibank’s spending.

“[It was about] understanding who were our users and what were they buying,” she said.

“Now, we are really proud to say that we’ve got 90 percent of our spend linked to contracts.

“We are comfortably and confidently able to say that we’ve 95 percent of payment to our suppliers on time, and for us that drives productivity, because now our suppliers want to work with us. They’re not chasing us for payment. They trust us.”

Doheny said that Medibank had recently reviewed its original roadmap for implementing and maintaining Ariba.

“It was a three year roadmap with three key horizons,” she said.

“The first was to stabilise what we had implemented, the second was to transform and get the value from what we had gone through, and the last phase was actually to optimise and continually improve and grow from there.”

She said part of ongoing optimisation efforts involved “bringing outside-in intelligence to combine that with [internal] data so that we can influence budget holders to really start thinking strategically about their spend and about possible disruptors that may come into the market.”

To this end, Medibank is looking to implement Spend Visibility, essentially a cloud-based spend analytics tool that can be used to negotiate better supply contracts and to identify instances of “leakage” or of “Maverick spend”.

Doheny also flagged future use of Ariba Spot Buy, which offers companies a marketplace where they can source one-off items that aren’t available from an internal catalogue of goods.

Doheny noted that Medibank had achieved a level of maturity in its implementation and use of Ariba.

“When we were just after implementing, you obviously have a period of hypercare,” she said, referring to the period immediately following system launch.

“For us, that was just under two months, and after that, Ariba leave the building and you’re on your own, and it’s quite a scary thought.”

Doheny said the key for Medibank to see positive movement in its operational numbers came from a mindset shift.

“[After hypercare] we continued on in that project mindset for I would say probably six months,” she said.

“The turning point for us was recognising we were no longer in project phase and implementation phase and consciously switching out of that.

“I think you know that the technology that you bring into your organization is an enabler, it will help you, but it’s not the answer, and you really need the people behind the technology and in your team to start owning it and own the process, the intelligence and what they bring to it.

“So for us, switching out of that mindset and moving into operational excellence was a key turning point. And I think that’s when we started seeing our metrics move as well.”