Thermostats, refrigerators, dioramas, slide rules, organizational charts, paperwork—these are some of the elements Michael Osman scrutinizes in his book Modernism’s Visible Hand: Architecture and Regulation in America, which examines the “crossing points among architectural design, management, and environmental control” to reconstruct the regulatory apparatus of American architecture between the Civil War and World War I. Osman is part of the architecture history collective Aggregate, whose 2012 book, Governing by Design, significantly reconfigured the field by asserting a “shared conviction that agency is complex; that authorship of the built environment is dispersed across multiple registers comprising not only architects and designers but also many other kinds of producers and consumers, along with a multitude of associations, institutions, and bureaucracies.” Osman’s latest book takes up a similar approach to explore the ways in which an emerging regulatory imagination at the turn of the 20th century shaped the built environment at range of scales and levels: domestic interiors, industrial warehouses, natural history museums, laboratories, factory floors, and finally the architectural office itself. Osman animates this material to dazzling effect, showing how management of the built environment enrolled people, commodities, nature, time, labor, and design in regulatory regimes, often by transforming them into legible and fungible economic units.

The first two chapters consider how new technologies of environmental regulation affected built forms and the ways in which those forms were made available for regulation. “The Thermostatic Interior and Household Management” traces the development of conditioning systems to show how the regulation of the domestic interior was fundamental to the constitution of social roles. These systems create an interior environment independent from its surroundings and therefore stable, regardless of fluctuating exterior conditions. This impact of this ability becomes more extreme in “Cold Storage and the Speculative Market of Preserved Assets.” By examining the development of cold storage warehouses, Osman argues that the buildings were instrumental in transforming perishable goods into reliable economic elements, effectively slowing down time through an architectural response and creating a futures market in the process. 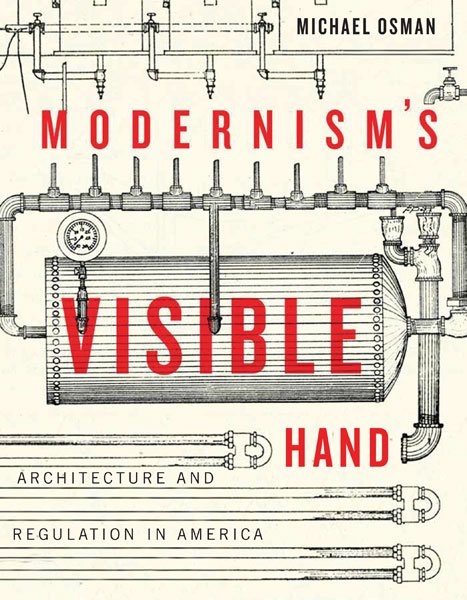 Chapters three and four turn to modes of visualizing regulatory systems. “Representing Regulation in Nature’s Economy” considers two modes of scientific inquiry—fieldwork and laboratory work—to argue for connections between ways of representing ecological data and a corresponding regulatory imagination. By making links between the shared linguistic root of economy and ecology, Osman shows how nature itself became likewise imagined (incorrectly) as a self-regulating system whose discrete components could be disaggregated and subject to rationalized scrutiny. Representation of managerial work is the focus of the chapter “Imaging Brainwork,” in which the book considers how the “indirect” labor of management was visualized in order to justify its existences and solidify its power. The tools of regulation in this chapter are the managers who sit between the “controllable” conditions of the factory inside (labor is, of course, one abstraction among many from their perspective) and the unpredictable conditions of the market outside.

The final chapter, “Regulation through Paperwork in Architectural Practice,” uses the office of architect Albert Kahn to argue that bureaucratic techniques emerging from scientific management theory were essential to shaping modern architecture. A template for the contemporary office, Kahn’s was organized around principles of industrial work that subdivided architectural projects into discrete sets of tasks. This was “premised on the extraction of data from the firm’s daily operations” so that managers could then make decisions about where to direct resources based on cost and efficiency. Architectural design was thus increasingly cast as a service that represented clients’ financial interests as well as their artistic ones. Though Kahn’s office was organized to appear similar to a machine shop, it was the technologies of management—including paperwork, circuitry, and telephones—that allowed the company to remain profitable in the face of unpredictable exterior circumstances.

Throughout the book, “dynamic infrastructures” mediate between intensely managed interiors and volatile exteriors to support regimes of control and together constitute the “visible hand” of the book’s title. Osman makes a clear case that what is at stake is more than the apparent stability of the “interior,” but the ways in which managerial abstraction creates conditions of risk and then presents itself as the inevitable solution. These systems rely on data to mitigate risk through a suite of technologies and techniques. Of the book’s many contributions, the relationship it articulates between regulation, data, and the built environment stands out as especially relevant in our current political and technological moment. The data of Osman’s case studies are generated from discrete, observable, and recordable actions or conditions (temperature, time, piece work, etc.), which then inform managerial action. The input of an external stress (e.g., a surfeit of a commodity) can then be adjusted for—often with the support of the built environment—to maintain equilibrium (or at least the image of it).

One century later we find ourselves in a world in which data, risk, and control have come to be defining features of contemporary life, only now, data is not recorded by a diligent supervisor—it is automatically generated with our every click, keystroke, and glance. The world has become data-driven and our gestures, habits, and impulses become justification for a host of decisions made by “managers” interested in minimizing risk, often at the urban level. Modernism’s Visible Hand, beyond offering a brilliant reassessment of the emergence of modern architecture, also, like the best history, illuminates our contemporary condition. Osman reminds us that none of the systems he analyzes were “assumed to be part of an inescapable future.” As our own managers and regulators are increasingly invisible, increasingly automated, and increasingly manipulating “data” to their ends, we would do well to remember that these systems are likewise not inescapable.

Jesse LeCavalier conducts research and design at LeCAVALIER R + D and is an associate professor at the Daniels Faculty of Architecture at the University of Toronto.