Port authorities in Romania have rescued 254 sheep, ending an exhaustive five-day search and rescue operation to save thousands of animals trapped below the decks of a cargo ship that capsized in the Black Sea.

The Queen Hind flipped onto its side shortly after departing Romania’s Midia port en route to Saudi Arabia last Sunday, leaving 14,600 sheep trapped and swimming for their lives.

The sheep had been destined for a buyer in Saudi Arabia when the Queen Hind partly capsized, the New York Times reported. The ship’s crew of 21 was quickly rescued, but thousands of animals remained on board.

Isu Constanta, Constanta County’s emergency inspection unit, said in a Facebook post Tuesday they were able to rescue 32 sheep on the first day, but feared many more had drowned. They said as many as six vessels in the area initially came to the aid of emergency services. 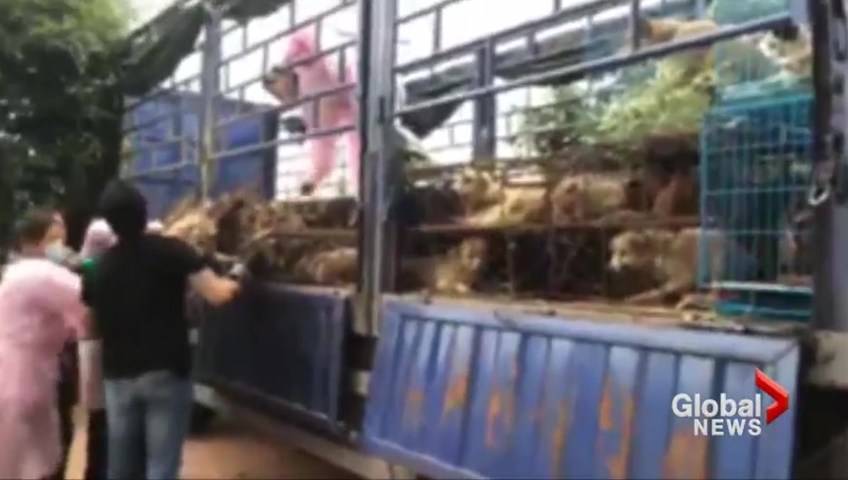 The operation involved the military, police, firefighters, divers and the Romanian coastguard. Three volunteer veterinarians and three veterinarians from The National Veterinary Health and Food Safety Authority helped care for and feed the sheep that were rescued from the boat, said Isu Constanta.

They said the evacuated sheep were temporarily stored on the wharf in specially furnished facilities where they were examined by ANSVSA.

The cause of the ship’s capsizing is still a mystery.

Agriculture minister Nechita-Adrian Oros told the New York Times that his department, the transport ministry and the national food and animal safety watchdog launched an investigation into why the ship overturned.

The disaster has raised fresh questions about transporting live animals by sea, with animal rights groups criticizing the overcrowded conditions on vessels.

Romania is the European Union’s largest exporter of live sheep to the Middle East. An estimated 2-million sheep and 1-million cattle are transported each year from EU member states to the Middle East, North Africa and Turkey.