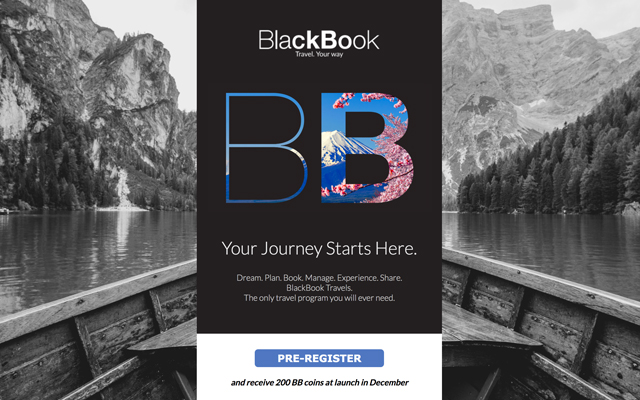 Offering the largest hotel inventory of over 1.8 million hotel listings, BlackBook will feature trip planning and management features and many soon to be released travel-related services.

Through its multi-sourced travel engine, BlackBook says travellers will be able to book hotel stays at highly competitive rates via the platform’s price benchmarking service that sifts through 9.5 million search points daily, making it “ideal for deal-hunters seeking the best prices”. The system is also able to sieve through price disparities around hotel details – a longstanding issue faced within the travel industry.

Additionally, BlackBook users will not need to search for separate third-party reviews of shortlisted hotels as the engine integrates reviews from multiple sources, making it easier for users to research and make their final selection.

“It was important for us to be able to offer clarity as we aggregate information from various travel suppliers and engines with varying categorical differences – such as calling rooms differing names – and to do that in our deduplication efforts without losing data integrity. BlackBook Uno, the backbone of our app, lets us do this, ensuring that it doesn’t matter who we procure from, large global distributors or small territorial suppliers, or how well categorised their inventory is,” said Ravinder Namboori, CTO of BlackBook.

The platform also offers a rewards programme which provides travellers greater flexibility as they can use points accrued through bookings across multiple hotels or chains to either offset their next stay, pay for a drink at the hotel lounge or convert straight into cash.

“Having worked in the hospitality industry for several decades, I’ve noticed a gap in terms of rewards and travellers either getting locked into other proprietary programmes or be offered rewards that are mostly unreachable by a large majority of the audience. It can be very inflexible,” said Iqbal Jumabhoy, CEO and founder of BlackBook.

He added: “From what we know of the industry, 17 per cent of top tier airline travellers and 24 per cent of hotel members has ties to more than one loyalty programme. This means that points are trapped in various loyalty programmes at any one time, which can be a bane for travellers, especially when those programmes limit travellers to using points within a single hotel group. BlackBook was developed to set the bar right for rewards and to provide a one-stop suite experience like no other.”