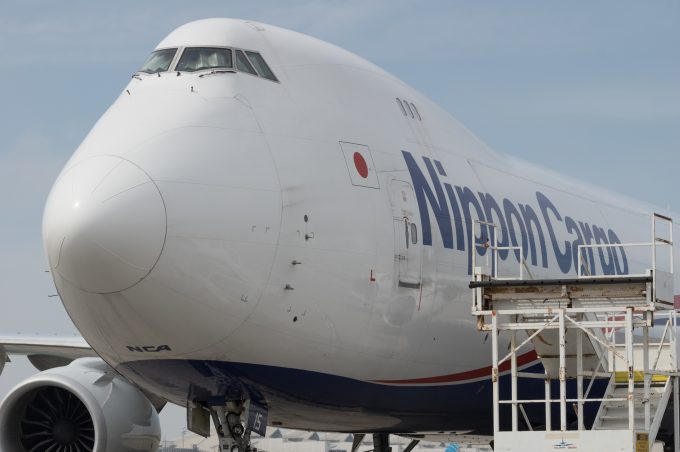 Nippon Cargo Airlines (NCA) is aiming to add Taipei to its network next year.

Shawn McWhorter, president of NCA Americas, said: “We’re getting a lot of enquiries from Taipei.”

He reckons the growth in demand from Taiwan is at least in part the result of sourcing migrating from China to other Asian locations.

NCA’s traffic out of China has declined markedly, he added. This has taken a heavy toll on the airline’s eastbound loads moving across the Pacific.

“Transpacific demand from Asia is way down,” Mr McWhorter said. “This peak season has not been a great one for us. Inbound. it’s been a struggle, because there’s not enough out of China.”

This has affected NCA’s latest route. In October, the airline launched a weekly freighter run from Tokyo via Shanghai to Chicago, using fifth freedom rights. This routing cuts 12 hours off the transit time from its previous route of Shanghai via Narita to Chicago, Mr McWhorter noted.

At the launch, NCA management had expressed hopes that the frequency could be stepped up before long. However, demand has been disappointing, prompting the airline to drop a couple of the flights.

High load factors are vital for the B747-8Fs that NCA is fielding on its flights to Chicago.

“The Dash Eight is not a secondary market plane. You need 120 tons to make it work,” explained Mr McWhorter.

The airline’s eight 747-8 freighters have been back in service since the start of the summer schedule, following their forced hiatus after Japanese officials had discovered maintenance record discrepancies.

Across the Pacific, NCA uses the type chiefly on its routes to Chicago and Los Angeles. The 747-400 freighters are deployed on routes serving San Francisco, New York and Dallas/Fort Worth (DFW).

All five of NCA’s -400s have been transferred to Atlas Air, which operates them (or corresponding aircraft) for the Asian carrier. The last one was shifted over in September.

Mr McWhorter said that US export traffic across the Pacific had been relatively steady for NCA, and he is looking to tap into perishables flows from Latin America to Asia.

“We’re talking to Avianca about connecting up with us,” he said. The Latin American airline started twice-weekly flights between Bogota and DFW in early October with an A330-200 freighter.

Another market Mr McWhorter is looking to cultivate in 2020 is Canadian exports out of Edmonton. NCA has routed some of its westbound flights from the US through the Canadian airport to pick up meat and other perishables as well as oil & gas traffic headed to Asia.

“We probably fly there twice a month. We’ll see next year if we can make it a steadier operation,” he said.

One airport disappearing from NCA’s schedule this year is Frankfurt Hahn, which has been a stop on the carrier’s round-the-world operation from Tokyo over Anchorage to Chicago, returning to Asia via the German airport and Milan. In the new year, the freighter will turn around in Chicago and head back to Asia across the Pacific.

This step simplifies the network and ups reliability, Mr McWhorter explained. The long route requires a large number of flight crews. Moreover, the eastbound transatlantic leg was driven largely by automotive traffic, which has slowed down. NCA continues to serve the German market on the direct route from Tokyo to Europe, flying via Amsterdam.

To achieve better control over cargo on the ground, NCA is doing its own handling at Chicago and Los Angeles. In January, the airline is going to roll out a new warehouse management system at these stations, and among its features is a dock management module and functionality that allows truckers to check themselves in.

Mr McWhorter said NCA was “stepping up its use of technology while working to reduce processes”. One aspect of this is the move toward electronic booking. Last month, the airline announced it was joining the cargo.one booking platform – its first Asian carrier.

Mr McWhorter said the concept of third-party booking platforms had gained more traction in Europe thanks to a strong push by several large European airlines, but the concept is on NCA’s agenda in North America too.

“In January, we’ll start to look out to other stations and to customers here,” he said.