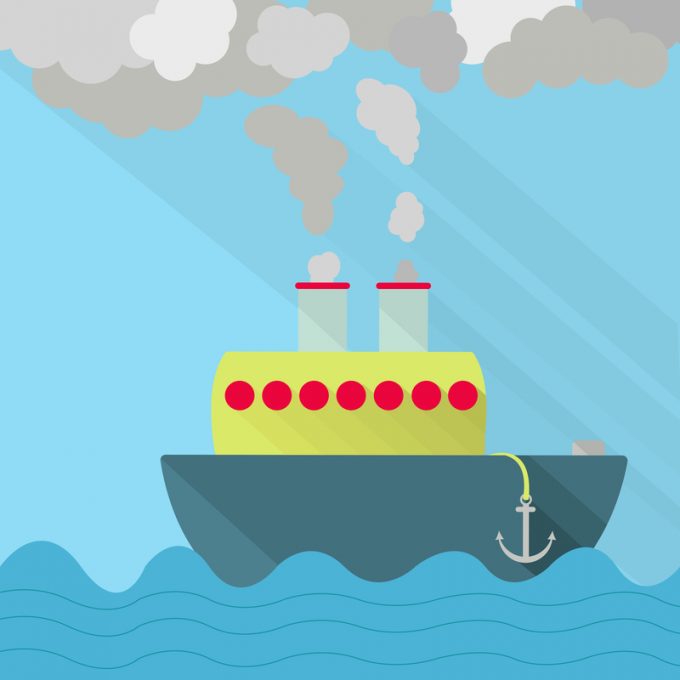 Ocean carriers have been stung by a SeaIntelligence report which brands their online CO2 calculators as “useless” and “pointless”.

The Copenhagen research firm claimed they were “riddled with absurdly poor data”, citing, among other things, inconsistent sailing distances being quoted by different carriers for the same ship.

Most of the world’s biggest container lines, along with many major forwarders and shippers, are members of the Clean Cargo Working Group (CCWG), a not-for-profit carrier-shipper initiative dedicated to improving the environmental performance of container transport through measurement, evaluation and reporting.

The members use CCWG calculation methodology as the basis for their CO2 calculators.

The CCWG published its most recent report on vessel emission data, for 2018, in October, compiled from CO2 emissions data reported by 3,200 ships from 17 shipping lines, including Maersk, MSC, CMA CGM, Cosco, Evergreen and Hapag-Lloyd.

It reported that since 2015, CO2 emissions per container had fallen by 9.6%, which it said indicated that the industry was “making progress” towards meeting the target set by the IMO of halving CO2 emissions from shipping by 2050.

However, pressure is growing on shippers, logistics providers and container lines to show their customers and investors evidence of their commitment to “responsible operations and reducing their carbon footprint”.

Indeed, as well as the CO2 calculators rolled out by the carriers, forwarders have adopted similar models using CCWG methodology, with Kuehne + Nagel (a CCWG member) for example, having included the CO2 emissions generated by sea freight on its invoices to customers since 2017.

OOCL –its online CO2 calculator was analysed by SeaIntelligence – said its “data collection process, as well as the accuracy of the research and methodology”, had been verified by ABS Consulting, an affiliate of the American Bureau of Shipping (ABS) in conjunction with the Hong Kong Polytechnic University (Department of Logistics and Maritime Studies).

However, the Cosco subsidiary has said that the calculations generated by its carbon calculator “should be used at your own discretion”, suggesting a user make contact “if in doubt of the calculations”.

A spokesperson for Hapag-Lloyd explained that, to some extent, carriers were caught in a paradox.

“The majority of eco-calculators in the market are based on a third-party solution and tradelane data, which unfortunately does not reflect individual utilisations and other more specific vessel information. Therefore, it can only give users an indication about CO2 emissions based on averages and market data.”

And carriers privately admit there is “a lot more tweaking to be done” on their online CO2 calculators. Indeed, Maersk told The Loadstar today that currently it did not offer one.

Another carrier told The Loadstar its online CO2 calculator should only be used as a guide to track the carbon footprint of a shipment.

“I would suggest that any carrier or actor in the supply chain would, if they were being honest, say the same.” it added.

And in a LinkedIn post, Paul Woodall, director, environment & sustainability at DFDS, added: “The problem originates from the fact that making such calculations is far from easy, trust me, I try this every day. It is all based on the assumptions you apply; you can get any figure you like and you can even prove it has been calculated correctly.”

Meanwhile, another carrier source said that there were just “too many variables” that go into the design of the calculator to make the “estimate real”, but accepted that carriers should at least be able to get the transit distance for the shipment correct.