Online quoting moving to the forefront, but real-time rates remain on the fringes 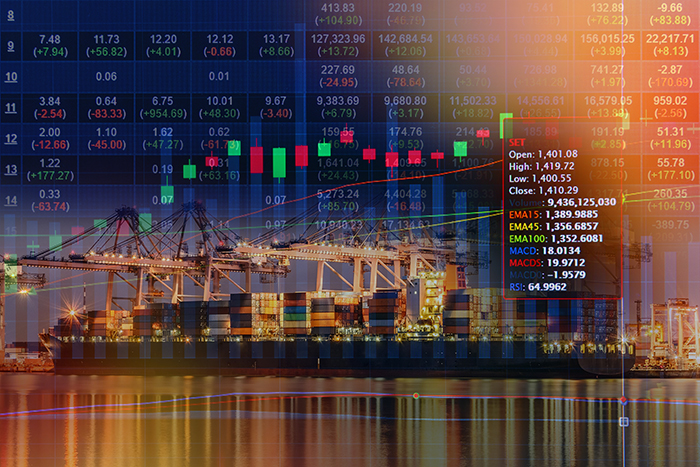 This story appears in the print edition of the Jan. 4, 2021, Journal of Commerce Annual Review and Outlook.

The number of container lines offering digital quoting and booking capability to shippers swelled in 2020 to seven, including multiple carriers based in Asia, signifying that such offerings would be, in the words of Maersk CEO Søren Skou, “table stakes in two to three years.”

Skou made that prediction in August, as the percentage of his company’s spot bookings made via its instant quoting tool, Maersk Spot, inched toward 50 percent.

Forwarders are driving this evolution, Vivian Chiang, chief operating officer of BlueX Trade, told JOC.com in November, fresh off the software provider’s construction of a digital quoting tool for Yang Ming similar to the one it had previously created for compatriot carrier Evergreen. “It’s mostly forwarders who will be using the digital platforms,” she said.

Momentum toward digital quoting is undeniable, but there remains a bridge to cross: moving from instant rate quotes to true dynamic pricing. And before that chasm can be crossed, two questions must be answered: Do shippers and forwarders actually want spot rates that fluctuate frequently, and are container lines actually capable of delivering meaningfully dynamic pricing?

“Many carriers are doing dynamic pricing,” Adam Banks, former chief technology and information officer at Maersk, said in an Oct. 21 podcast with the logistics software provider Freightos. “How much of it is uptake-based, based on physical volume, as opposed to counting numbers in bookings? If it’s counting numbers in bookings, it’s stuff other industries did 20 years ago.

“If you can sense how much is in the yard, how much is on the way to the yard, is it going to get to the yard on time? That kind of logic in terms of uptake is something that few carriers — in fact, no carriers — are capable of today. But that’s where you want to get to.”

A benchmark for how much freight buyers want a truly dynamic buying environment might be found with Mediterranean Shipping Co., which in July introduced its own online instant quoting tool. Andre Simha, MSC’s global chief digital and information officer, said the carrier doesn’t expect a rapid wholesale migration of spot volume to the instant quoting platform because many shippers don’t want to manage rates with short validity periods. For MSC, the online tool is more about the ease of quoting than about the ability to update rates on the fly.

“Some rates will be the same for a week and some will be more dynamic,” he said. “The day you get to the dynamic part, there will be more aggregators. The difference with dynamic pricing is that would be something that could be extremely volatile.”

“You need trade lane forecasting and optimizing software to guide trade managers on what rate level and how much allocation to sell dynamically on a specific vessel voyage,” he said. “You need trade management execution software to manage and give effect to these optimizing decisions, and you need a customer digital interface to make rate requests, deliver dynamic quotes, and book.”

Being able to quote dynamically, Charles said, requires container lines to think about their equipment repositioning costs, not just about available capacity on a specific sailing.

There’s also the matter of how forwarders and non-vessel-operating common carriers (NVOs) would tactically manage dynamic pricing within the constraints of their existing rate management and quoting tools, something Laura Finbow, regional account director for Europe at logistics software provider Catapult International, noted in a November interview with JOC.com.

“There is a big difference in ‘spot’ products today,” she said. “Some are simply quite static ad hoc rates that are now being made available via [application programming interfaces, or APIs]. The new products, like Maersk’s, include two-way commitments and/or penalties and are dynamically priced, meaning fluctuating regularly on the basis of a number of factors.”

The challenge for forwarders wanting to integrate these tools, Finbow said, is related to the dynamic nature of the rates. Spot rates are generally valid for one to four weeks. So rates with a shorter, or virtually zero, validity period require a forwarder to either sell the space to a shipper immediately or use that rate as a decision-support data point for hedging, if their rates differ significantly from instant quoting platforms or other benchmarks. Otherwise, the forwarder needs to procure a rate with longer validity.

Maersk Spot rates are valid for 20 minutes, while other tools offer longer validity. But managing those variances between carriers’ dynamic tools would be another complication for forwarders that need to carve out margin on fluctuating rates.

Finbow said carriers largely base digital pricing on two elements, capacity and forecast bookings, but she expects them to include more factors, such as manufacturing output, weather, port congestion, and demand, in those calculations in the future.

It’s reasonable to assume that the remaining top global carriers will add instant quoting tools in 2021, and some that have such tools already will move toward the ability to price dynamically.