Capsized cargo ship sinking into sand off Georgia with 4,200 cars inside could remain stuck there for a year because it would break apart if moved

By Ralph R. Ortega For Dailymail.com and Associated Press

A cargo ship that capsized off the Georgia coast could remain in the sea for the next year.

That’s the long-range outlook of Coast Guard Commander Matt Baer, a member of the Unified Command tasked with removing the ship that capsized in September.

Baer says the Golden Ray has been slowly sinking in the sand because of powerful tides. He said the situation makes it impossible to get the ship upright without breaking it apart and creating an even bigger problem. 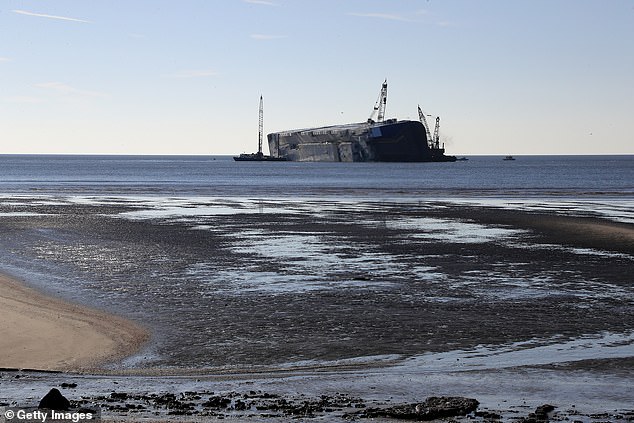 The Golden Ray, a massive cargo ship that overturned on September 8 after departing the Port of Brunswick off the coast of Georgia, about 70 miles, or 112 kilometers, south of Savannah is seen stuck in the sand 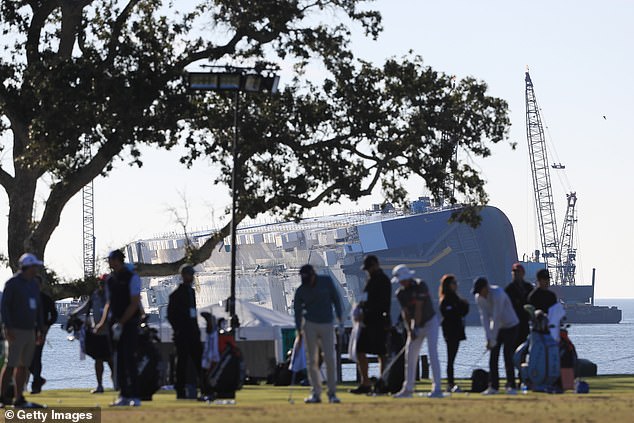 The ship has become a fixture of the skyline near the Port of Brunswick since it overturned on September 8 with 23 crew members trapped inside. All on board were rescued, including four men who emerged through a cut in the hull, but more than 4,200 vehicles remain inside 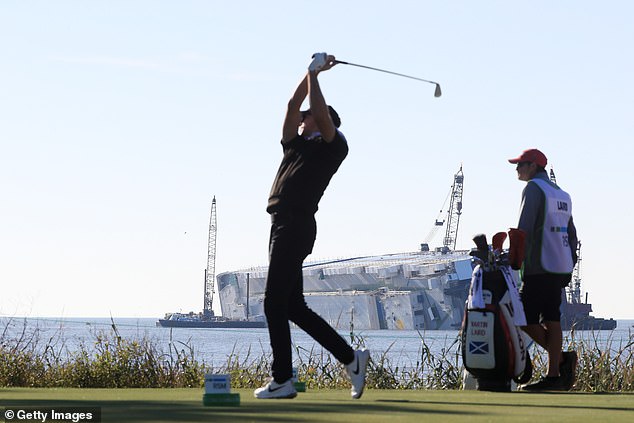 One step that helped the Golden Ray’s plight, so far: Large rocks were dumped around the ship to keep it from shifting during incoming and outgoing tides. The rate of sinking into the sand has been slowed considerably by the rocks

Baer made the comments at a recent meeting of the Brunswick-Golden Isles Chamber of Commerce, The Brunswick News reported.

The Golden Ray capsized soon after it departed the Port of Brunswick, about 70 miles, or 112 kilometers south of Savannah.

The ship’s pilot and 23 crew members were all safely rescued, including four men trapped for 36 hours before they could be extracted through a hole drilled into the hull.

The final male to emerge, who was trapped behind a glass wall,  returned to the outside world to applause and later paused to look at the sky and was beaming just as he was led away by the rescue team.

Lieutenant Lloyd Heflin who organized the rescue mission described it as the ‘Best day of my 16-year career’, according to Associate Press. 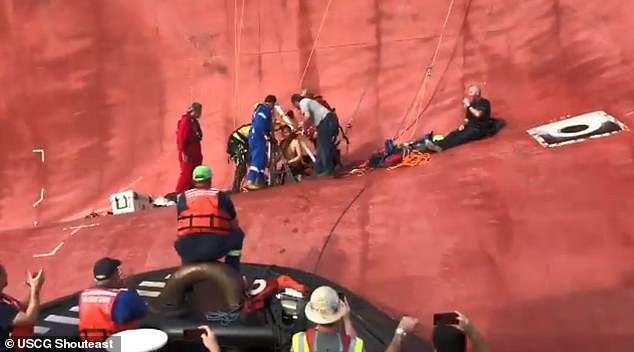 Most of the 23-member crew was rescued when the Golden Ray capsized on September 8. The last four members to emerge from the ship had to escape through a cut in the ship’s hull (pictured) 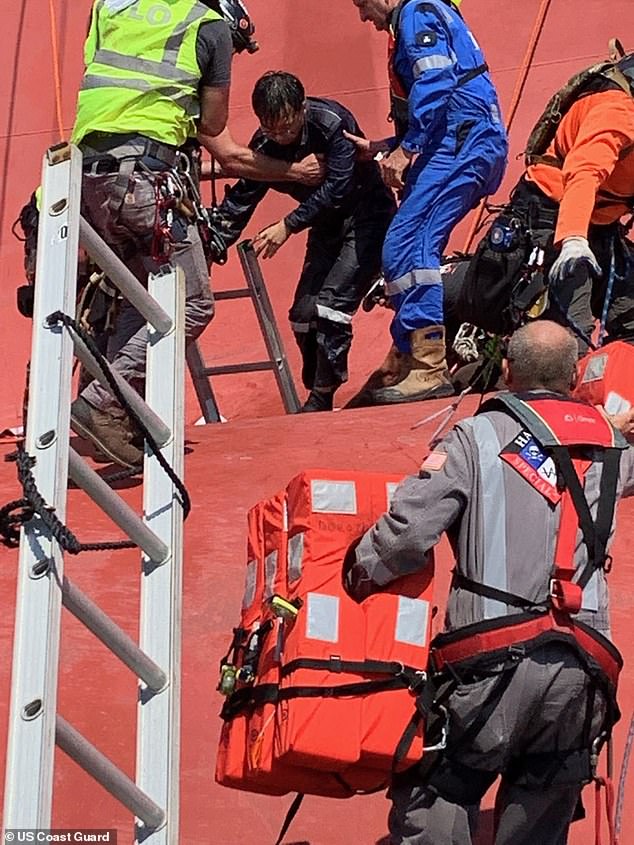 The third of four South Koreans who were trapped aboard the Golden Ray is pictured emerging from the hull. He and three other men were in the propeller shaft room near the stern of the ship. Rescuers cut into the hull there to pull them out after temperatures soared above 120F

He said the four South Koreans who were trapped aboard the Golden Ray were in the propeller shaft room near the stern of the ship and that rescuers cut into the hull there to pull them out after temperatures soared above 120F.

The now crippled behemoth requires dismantling and a removal plan, that must take into account an estimated 4,200 cars that are still inside.

One step that helped its plight, so far: Large rocks were dumped around the ship to keep it from shifting during incoming and outgoing tides.

The rate of sinking into the sand has been slowed considerably by the rocks, Baer said.

The Brunswick newspaper reports that divers have been going inside the capsized vessel to remove oil and other possible contaminants that could pollute area waterways.

Baer estimated about 29 miles, or 47 kilometers, of coastline have been impacted from oil and fuel that has leaked from the ship.

‘We welcome citizens reporting what they find’, he said. 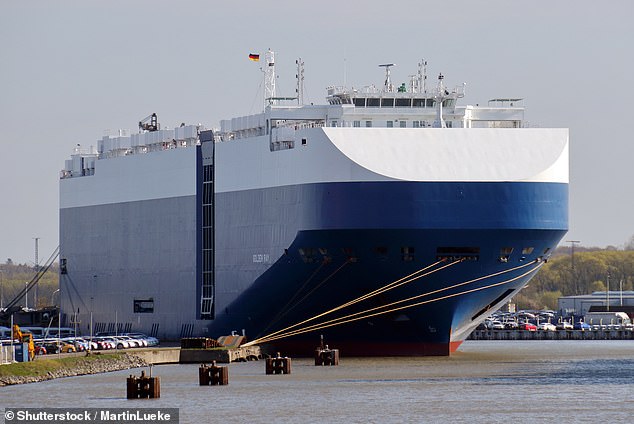 A picture of he now crippled behemoth before it capsized. The Golden Ray requires dismantling and a removal plan that must take into account an estimated 4,200 vehicles that are still inside.