The U.S. Census Bureau (part of the U.S. Department of Commerce) on Feb. 5 released trade data for December 2020, allowing for a full-year analysis of recovered commodity exports.

Fiber exports to China dry up as year ends

Recovered fiber exports totaled 15.9 million short tons in 2020, down from 18.3 million short tons the prior year. That’s the lowest volume exported since 2003. It’s also down 27% from 2016, before China and other countries announced significant import restrictions on recovered commodities.

The export figures show a stark shift in trade with China as 2020 progressed. The Chinese government in November confirmed it would move to ban recovered fiber imports this year, a development that was long anticipated by industry insiders.

Part of the decrease may be because the Chinese government reduced its import permit approvals as the year progressed. The most recent recovered paper import permits were issued in mid-October, approving just 104,000 short tons for import, according to data from China’s Ministry of Ecology and Environment (MEE).

No import permits have been issued in 2021, according to MEE. 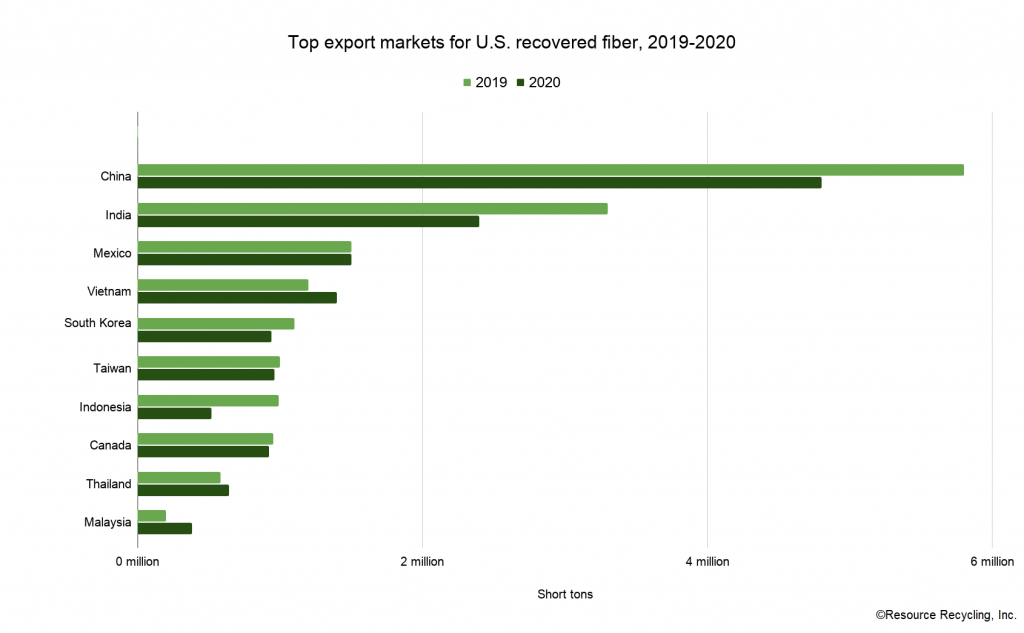 Lowest plastic exports on record, but some countries bring in more

Canada was the largest importer, bringing in 349 million pounds throughout the year, or 26% of all exported U.S. scrap plastic in 2020.

The large quantity moving into Canada is significant, in light of recent changes to the Basel Convention, a global treaty covering waste shipments. The changes have many complexities, but generally speaking they will likely significantly restrict the movement of U.S. scrap plastic to numerous countries. However, the U.S. and Canada recently came to an agreement that exempts scrap plastic trade across their border from the new Basel rules. That suggests scrap plastic trade with Canada may continue despite the disruption in other export markets.

Authorities quickly began implementing regulations to slow the surging imports, and in 2019 the country reduced imports to 134 million pounds. But the latest data shows the weight nearly doubled in 2020. 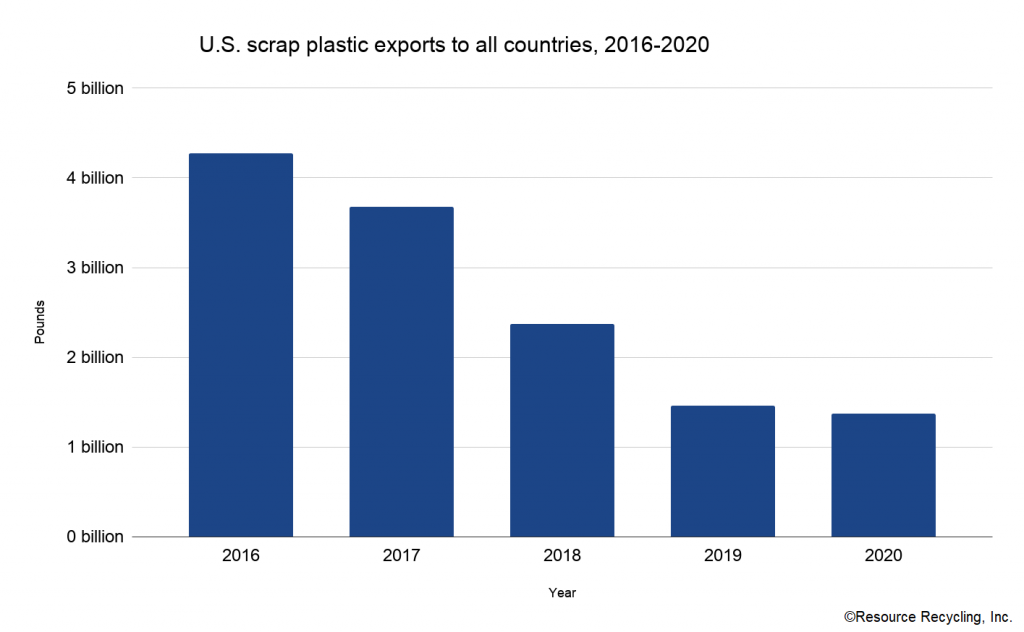