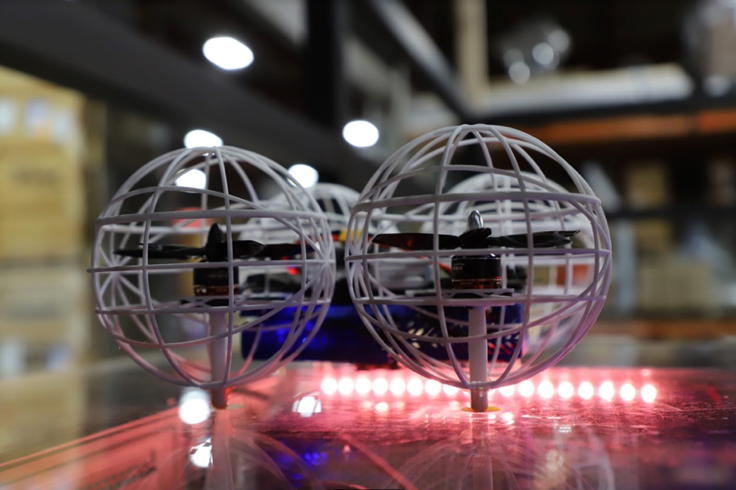 As robotics moves from the factory to warehouses, retailers, and last-mile delivery, developers are taking different approaches to monitoring inventory. A few are working on systems that use machine vision and drones to avoid some of the obstacles that rolling robots face. Pensa Systems today announced that it has raised $10 million in additional seed funding to accelerate deployment of its autonomous perception systems for inventory visibility.

Retailers lose an estimated $1 trillion in revenue each year because they do not have what customers want on their shelves at the right time, according to Pensa. The Austin, Texas-based company said it offers brands and retailers an accurate and scalable solution to the stockout problem, enabling them to optimize their supply chains, store operations, and shelf assortments.

“Workers will look at what’s on a shelf, and much of the time, there’s no hole when something is out of stock,” explained Richard Schwartz, president and CEO of Pensa Systems. “Without automated detection and comparison with what’s in the building planogram, between unloading and the point of sale, inventory systems can be off by as much as 50%.”

“Drones are a cost-effective way to capture this data in real time in comparison with ground-based robots,” he told The Robot Report. “They’re much smaller than autonomous mobile robots, and we don’t ask for a lot of integration.”

Pensa Systems debuted in January as part of Intel’s booth at the National Retail Federation conference. “We worked closely with Intel,” said Schwartz.

Pensa uses patent-pending artificial intelligence, aerial drones, and computer vision to see and understand what’s on store shelves. The company said its system can learn to recognize individual items with 40% greater accuracy than the industry best practice of “gunning the holes,” or looking for gaps on each shelf.

“Our fine-grained neural network can tell the difference between conditioner and shampoo and recognize SKUs. The system needs to understand products on a semantic level,” Schwartz said. “Fixed cameras don’t have the right angles for visibility.”

The startup has completed pilots with major retailers and global brands such as Anheuser-Busch InBev. Since then, Pensa has expanded into commercial deployments across multiple store formats and product categories.

Pensa said it has proven that more frequent shelf scans can detect “several percentage points of profitability shortfall caused by store operations versus supply chain practice, or the quantity and variety of items stocked in a given category.” The system’s approach detects stockouts with more than 98% shelf accuracy and is scalable across store locations because of its simple, flexible, low-cost-per-store deployment model, according to Pensa.

“We’ve had good reactions to the drones in live store testing,” said Schwartz. “The drone can simply fly up if a person needs to pass. If one is 15 ft. away, it’s virtually invisible to consumers, but we’ve been asked to make it bigger for branding.”

“We’ve spent a lot of time with retailers, who are pleased to find out how little needs to change with our solution,” he added. “Startups must know what each stakeholder needs but stay focused on solving the business problem at scale.”

Signia Venture Partners and ATX Venture Partners led the funding, with participation from Commerce Ventures, Capital Factory, and Revtech Ventures, as well as David Ritter and James McCann. Previous investors included ZX Ventures, part of Anheuser-Busch InBev; Kiva Systems founder Mick Mountz, and others. The company raised $5 million in January and has raised a total of $17.2 million to date.

Chris Shonk, managing director of ATX, has joined Pensa’s board of directors. “We have been impressed with the technology and early customer feedback, as well as the focus of the management team,” he said of Pensa. “We get really excited when we see artificial intelligence being used to shake up a big, stalwart industry — and deliver the insights needed to help it advance.”

McCann and Ritter have joined Pensa’s advisory board, which already has several experts in retail inventory, robotics technology, and AI. They include Tom Gruen, a pioneer in out-of-stock and category management analytics; Mountz, whose company was acquired by Amazon; and leading researchers from Carnegie Mellon University and University of Texas at Austin.

“It is now clear that the combination of AI and vision technology will have an enormous impact on retail store operations,” stated McCann, who has run grocery retail businesses around the world and is CEO of McCann Investments & Advisory. “Having looked at the different startups in this area, I believe that Pensa’s combination of industry-leading accuracy and much lower capex [capital expenditure] requirement will make them the winning options for most retailers.”

“In my career at McKinsey, I worked closely with the world’s leading retailers on various strategies to improve store operations,” said Ritter, former partner and leader of the retail store operations practice at McKinsey & Co. “I’ve never seen anything that comes close to Pensa’s shelf inventory approach. Combining AI, computer vision, and drones to automate delivery of actionable data — it’s a game-changer for brands and retailers alike.”