A pharma giant has been slapped with a hefty fine for misleading doctors about its opioid pain relief products.

Mundipharma has been fined $302,400 by the Therapeutic Goods Administration for a series of ads it distributed to doctors and other health professionals.

The regulator issued the company with 24 infringement notices over claims relating to nine types of its oxycodone-based drug Targin.

Targin is a slow-release oxycodone medicine that is blended with a second drug called naloxone to relieve some of the constipation that comes with taking an opioid.

Earlier this year, the ABC reported concerns Mundipharma was falsely advertising the purported benefits of their products to general practitioners.

Pain specialist Simon Holliday said in order to promote their drugs, the company had been misrepresenting the position of two major doctors’ groups on how to prescribe medicines to those with chronic pain.

Experts now believe opioids should be avoided when treating chronic pain and there is emerging evidence that, in some cases, the medicines may actually make patients more sensitive to the pain. 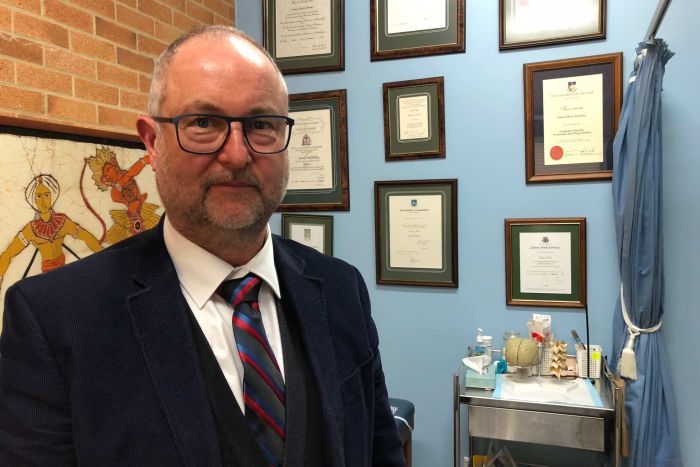 The TGA agreed with concerns that the company was falsely advertising, finding that its marketing to GPs was “misleading, imbalanced and otherwise inaccurate”.

A condition of having TGA registration for medicines is that companies abide by an industry code of conduct that is written by Medicines Australia.

The TGA found Mundipharma’s promotional material did not accurately reflect the medical guidelines from the Faculty of Pain Medicine that it had quoted in an attempt to encourage the prescription of its medicine Targin.

“The TGA considers that opioids should not be represented as a core component of the management of chronic non-cancer pain, and the decision to prescribe opioids should be approached with significant caution,” it said in a statement.

The fines are part of a push by the regulator to crack down on opioid misuse in Australia.

This has included strong restrictions around the sale of codeine products so that they are no longer available over-the-counter.

In a statement, the regulator said prescription opioids were now responsible for more deaths and poisonings in Australian than their illegal counterpart, heroin. 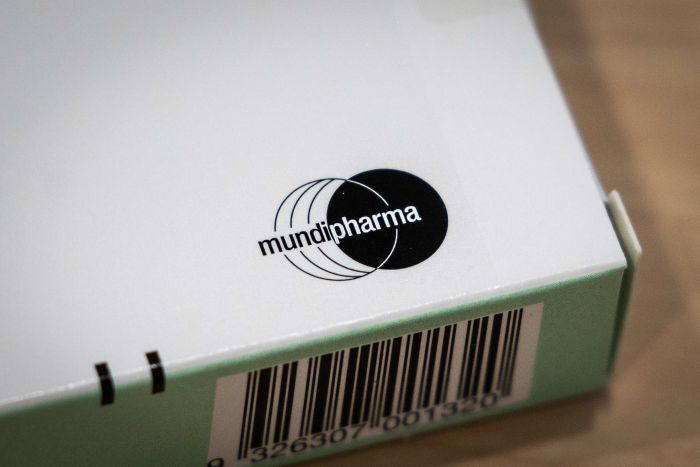 “The TGA is currently implementing a suite of reforms in the area, including the significant tightening of the ‘indications’ (the appropriate circumstance for use) to restrict the use of opioids in chronic non-cancer pain.”

States including Victoria and Tasmania also now have real-time prescribing at pharmacies to crack down on doctor shopping, but a national scheme is yet to be enacted.

Mundipharma is the Australian arm of Purdue Pharma, the United States company behind Oxycontin, which is facing multi-million-dollar legal challenges because of allegedly deceptive marketing practices.

Those practices have been blamed for contributing to the opioid crisis in that country.

Dr Holliday, who raised the Targin issue with regulators, said the fines would amount to little more than a slap on the wrist for the multi-national.

“I think this will come out of their petty cash tin,” he said.

“Now, they’ve actually been pinged for misleading and aggressive advertising, hopefully, this will lead the TGA to reflect on how commercial influences can corrupt excellent health care. 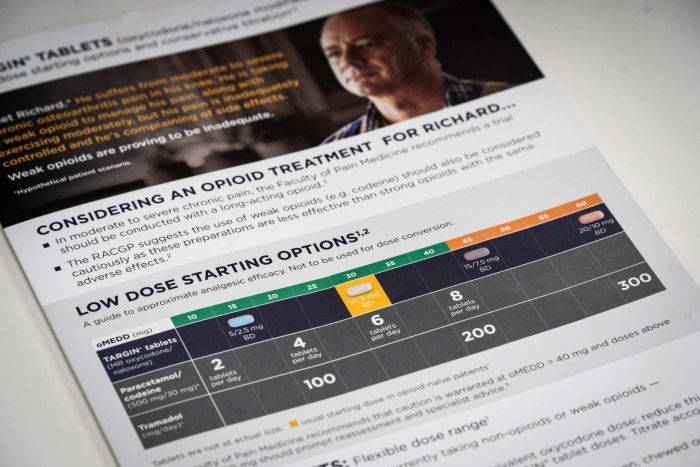 Dr Holiday said the only solution was to better fund independent medical education services like the National Prescribing Service.

“All pharmaceutical companies are day-to-day sailing close to the wind. They will push the envelope to get maximum bang for their buck,” he said.

In a statement, a spokesman for Mundipharma said the breaches related to a single sentence quoted in several pieces of marketing material that related to different dosages for the same drug.

“Mundipharma respectfully disagrees with the TGA’s assessment of the statement but respects the important role of the TGA in regulating the pharmaceutical industry along with Medicines Australia,” he said.

“Mundipharma’s intent was to proactively and voluntarily urge caution when healthcare professionals chose to prescribe an opioid and to clarify that this should only be considered in specific circumstances and as part of an overall treatment program.”

The spokesman said the statement was no longer in use, “but we will continue to caution healthcare professionals on best practice in the prescription of opioids”.

“Mundipharma will continue to strengthen its robust processes to ensure strict compliance with the promotional requirements of the Code and the TGA legislation,” he said.