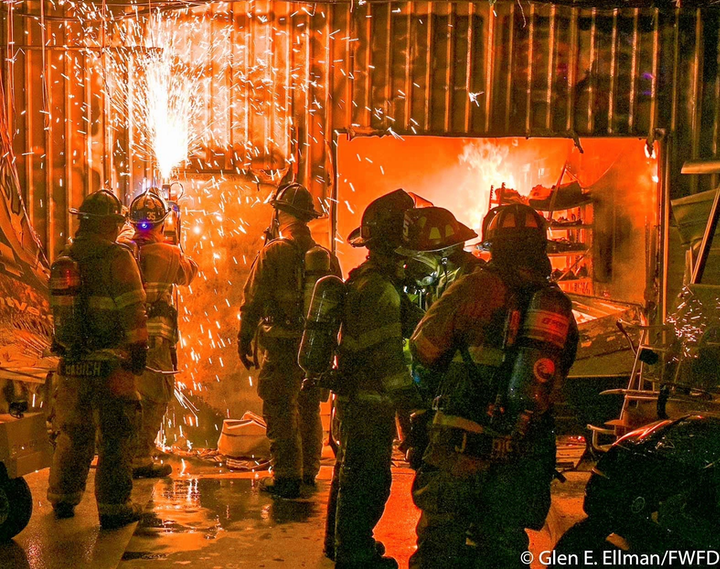 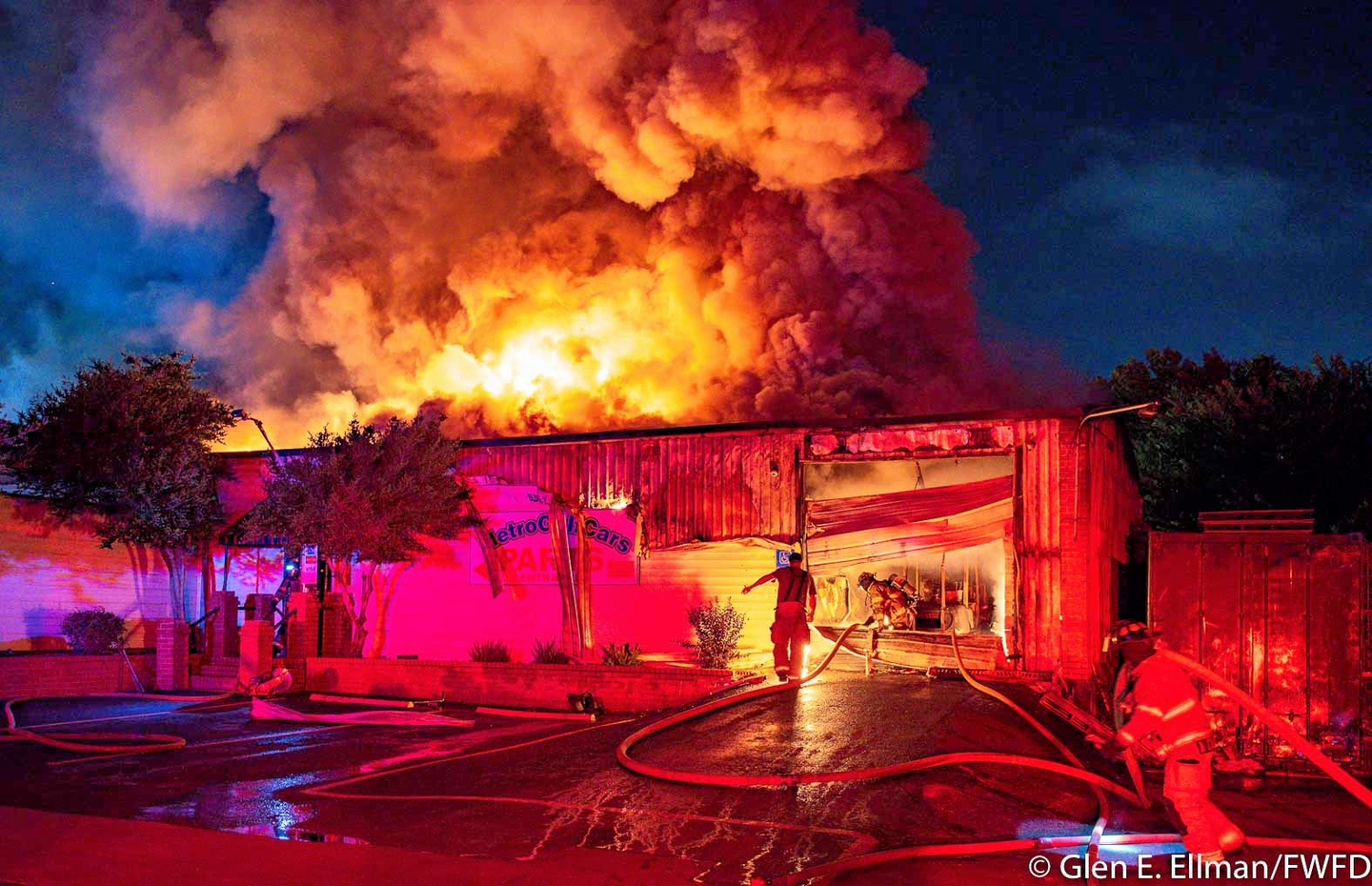 Firefighters from Fort Worth Fire Station arrived three minutes after being dispatched at 4:37 a.m. to find heavy fire in one warehouse at Metro Golf Cars on South Freeway in the city’s south side.

Crews from Engines 17 and Engine 4 deployed attack lines and moved into the building to attack heavy fire conditions toward the rear. 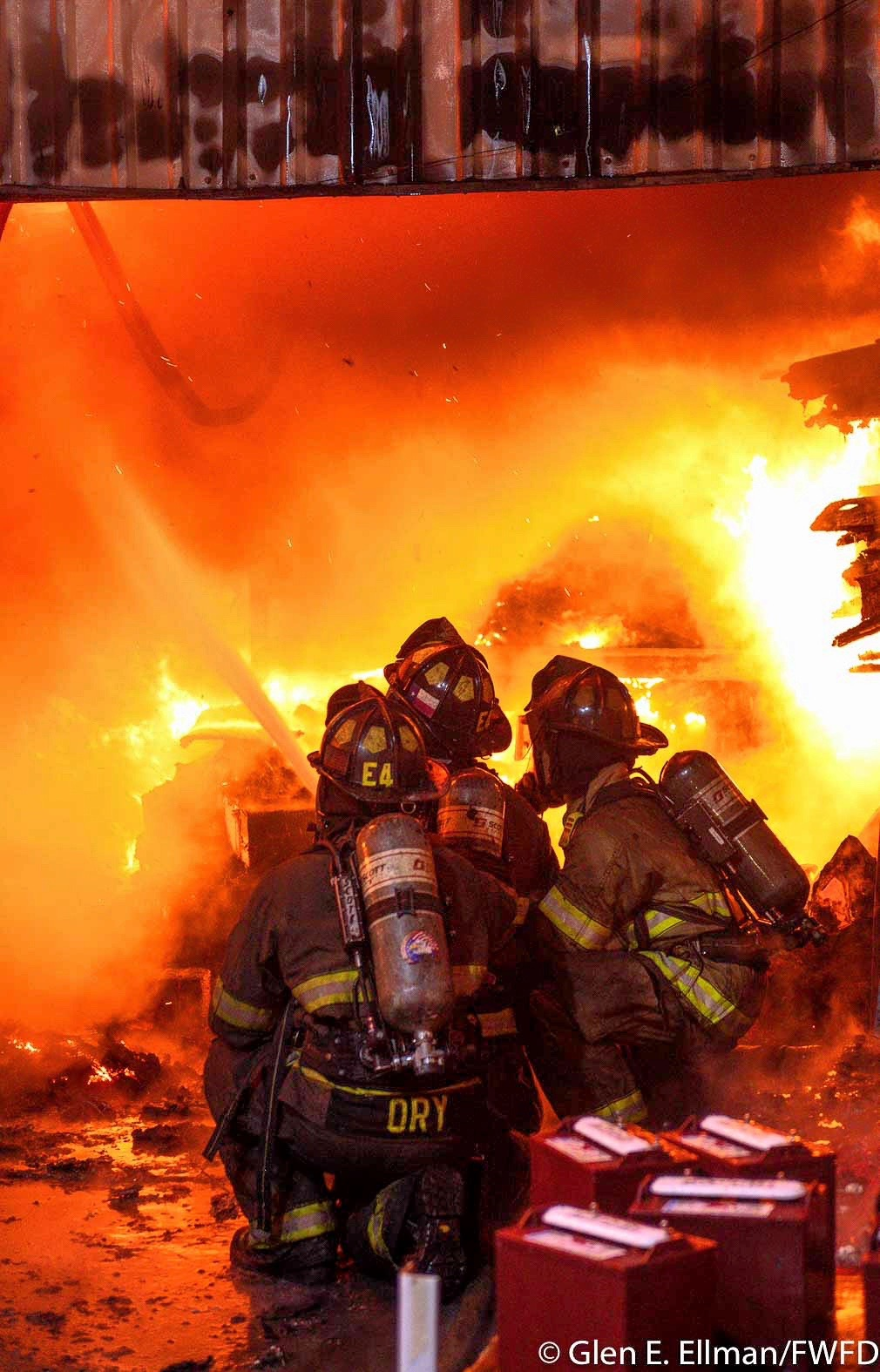 Within 15 minutes, firefighters were pulled out of the main building as fire spread to other buildings in the sprawling business complex of one-story buildings.

As Quint 17 aerial and Truck 2’s aerial platform were set up for defensive operations, firefighters used hoselines to battle flames and opened up the structure to access the fire.

Clay said a third alarm was called at 5:22 bringing a total of 13 engines, three quints, three ladders, one squad, five chiefs and a number of support units.