The Port of Grays Harbor set a new record for cargo tonnage in 2020, moving more than 3.2 million metric tons through its four terminals.

By comparison, the Port moved about 2.95 million metric tons in 2019, which was an increase from the year before. Nationally, the Port ranks 96th in the nation for total cargo handled and 37th in exports. In total, 96 deepwater ships and barges called on the Port’s docks, and 31,143 rail cars moved cargo through the Port.

AGP, an agricultural product export facility, brought record exports volumes in 2020, according to the Port, with 21,107 rail cars unloaded and 61 vessels loading at Terminal 2. The bulk of AGP’s exports is soybean meal. AGP represents about 80 percent of the cargo moved through the Port, said Executive Director Gary Nelson, and the Port of Grays Harbor is the leading export port for soybean meal on the west coast.

AGP reached a milestone in October, hitting the 20 million metric ton mark at the Port since the facility there opened in 2003. This included a full year’s supply of product from its processing plant in Aberdeen, South Dakota, to mostly Pacific Rim customers.

“The Port of Grays Harbor shipment volume continues to grow each year,” said Chris Schaffer, AGP Senior Vice President of Ag Products, in the company’s winter newsletter. “In fact, the increased volumes allowed AGP to reach a record volume of shipments during fiscal year 2020 and this 20 millionth-metric ton achievement. An expansion at AGP’s port operations in 2012 allowed for additional exports and for AGP to expand production at our core processing facilities.”

Nelson said AGP and other Port tenants “are looking at major diversification and enhancement projects” to keep them productive in the coming years, “some upgrades, more than just general maintenance, making sure everything lasts another 20 years.”

REG, which produces biodiesel at Terminal 1, “had another record-breaking year, for production anyway,” said Nelson. REG produces its biofuel primarily from canola oil, and is looking into adding recycled cooking oils to its feedstock to add another source to produce even more carbon friendly fuels. To do that, upgrades will need to be made to refine the recycled oil. “It won’t increase production, but really ensure the longevity of the plant,” said Nelson.

The Port depends on its existing tenants to maintain productive operations in the very competitive port industry, especially in the Pacific Northwest.

“The best way to grow is with your existing customer base, but you also have to be looking for new opportunities,” said Nelson.

Here’s a look at some other Port operations and services:

According to NOAA statistics, the Westport Marina ranked 13th in the nation for commercial seafood landings in the latest statistics available. In total, 120.9 million pounds were landed at the marina in 2019, with a value at just under $53 million, and remains the top seafood landing port in the state.

The first dredging of the boat basin in 40 years wrapped up in December 2020. The project was completed in three phases over 17 months and removed about 130,000 cubic yards of sediment. The dredging will allow for better movement among current tenants and some of the larger commercial vessels becoming more common in today’s commercial seafood industry.

It’s also a big step in the marina’s overall modernization plan. A marketing study completed last year was a precursor to looking at a multi-year float replacement project. Nelson said a start date for that project isn’t currently known but the Port is pursuing potential funding sources.

Overstock.com has moved its call center operations out of the park, and the Port is working on an exit agreement with the company regarding the remaining two years on its lease, said Nelson. On the plus side, Nelson said two new tenants were welcomed to the park in 2020, WestPark RV Storage and Lynch Creek Farm.

In its 2020 annual report, the Port states, “The decision of BHP to not invest in an export facility in Grays Harbor dealt a devastating blow to economic, trade and infrastructure development on the Harbor. This important opportunity would have positioned our community for the future. As we focus on lessons learned from that process, we will identify the obstacles that sidelined that project and find ways to overcome them in the future. We must develop a clear path forward, with concise timelines and defined expectations for future potential developers.”

According to the Port’s annual report, the Westport Marina set a record for guest moorage in 2020. Friends Landing, a Port-owned camping and recreation area on the Chehalis River, had 2,673 reserved camping nights in 2020 and had record RV occupancy in July, September, October and November.

Bowerman had record fuel sales in 2020, 20,664-plus gallons, nearly double its sales in 2019. Nelson said the Port is looking at doing some additional paving at the airport on the taxiways and runways in the coming years.

He’s not sure when that would begin, “but in the next two or three years there will be significant resurfacing on the runway.” 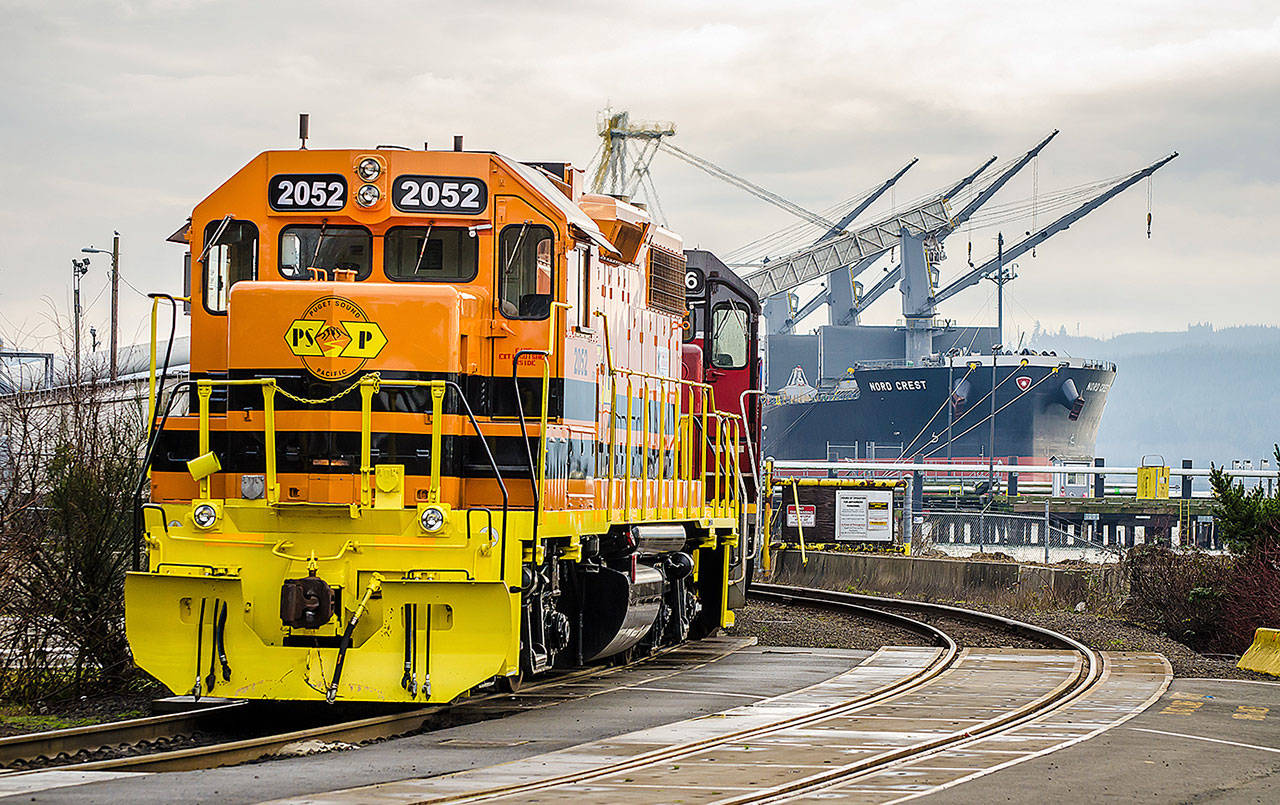 COURTESY PORT OF GRAYS HARBOR
The Port of Grays Harbor handled a record amount of cargo in 2020, with more than 3.2 million metric tons of cargo moving through its four terminals. 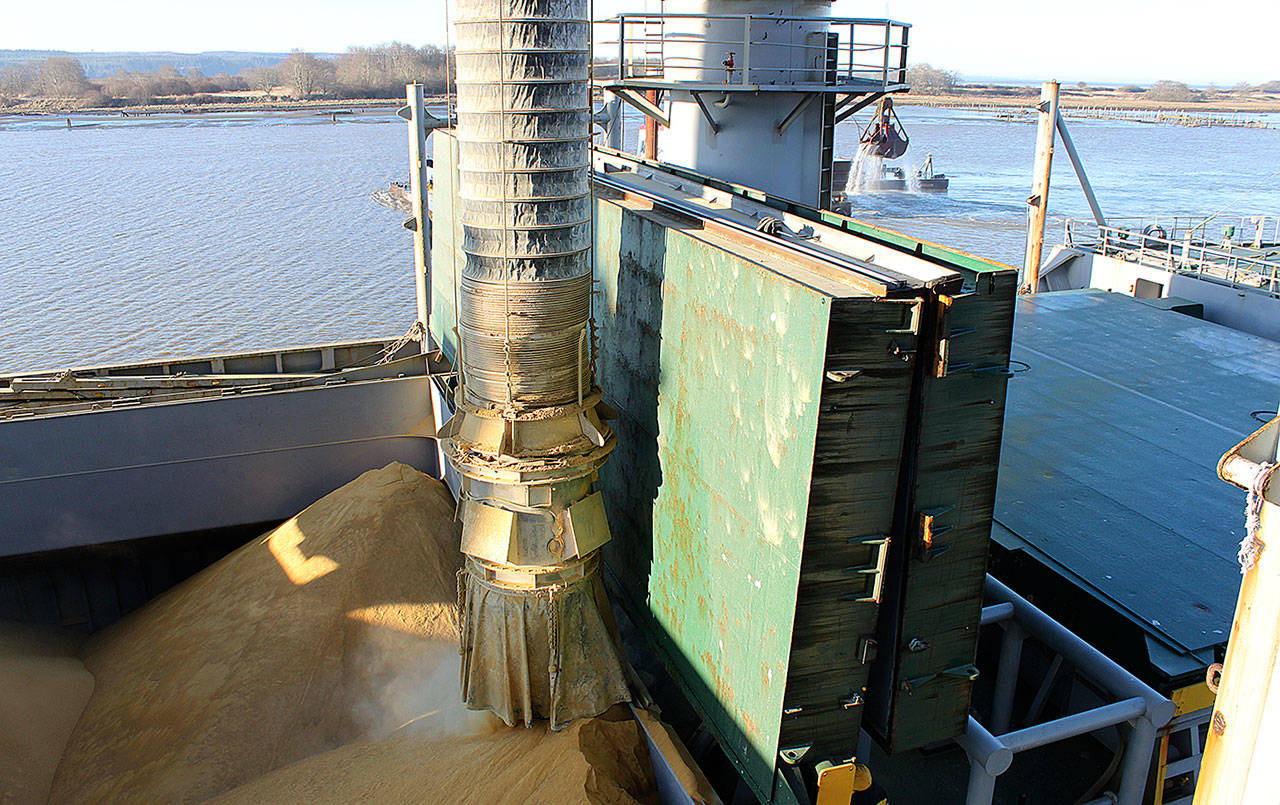