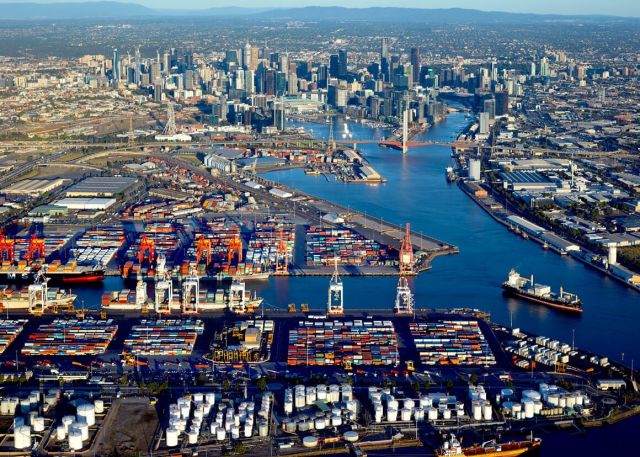 A rail project at the Port of Melbourne is set to improve productivity and reduce congestion. Photo: Ric Wallis

Contracts have been signed for a $125m Australian port rail project that improve supply chain logistics and reduce congestion.

The Victorian Government in Australia has signed contracts with WSP and Seymour Whyte Constructions for the design and early contract works for the Port Rail Transformation Project at the Port of Melbourne.

Peter Anderson, CEO of the Victorian Transport Association (VTA), said: “The VTA has long advocated for greater productivity gains at the Port to make it an even more competitive destination for importers and exporters of freight.

“Investing in rail in and out of the Port will make transporting freight from distribution centres an even more seamless undertaking, helping to reduce pressure on the road network for motorists and road transport operators whose freight cannot be brought into the Port via rail.

“It is important to note this project is not about a net reduction in freight for road transport operators because attaining productivity and efficiency gains will enable the Port of Melbourne to attract greater volumes of freight, which is good news for road, rail and sea freight operators.”

The project will create productivity and efficiency improvements for operators servicing the Port of Melbourne by reducing road congestion in and out of the Port through diversification of how freight is transported over the last mile.

According to the Victorian Government, the works will include a new rail terminal interfacing with the container terminal at East Swanson Dock. Site investigations will begin in March with construction expected to commence in July. The project is set to be completed in 2023.

“It makes sense to consolidate the operations of our ports and waterways bureaucracies, as recommended by the Independent Review of the Victorian Ports System,” Mr Anderson said.