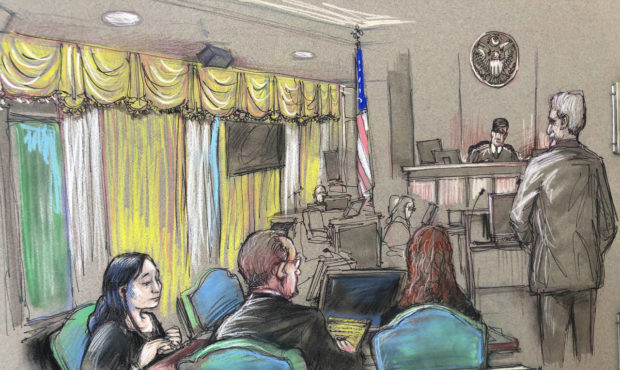 Assistant U.S. Attorney Rolando Garcia said in a court memo posted this week that he agrees sentencing guidelines suggest that Yujing Zhang get between zero and six months when she is sentenced Nov. 22 in Fort Lauderdale.

But Garcia urged District Judge Roy Altman to give Zhang, 33, a harsher sentence because she not only lied to agents after gaining admission to the president’s Palm Beach club on March 30 but also about her finances, hiding about $50,000.

He said the Shanghai consultant also lied to agents when she said she had come to Mar-a-Lago to use the pool, which resulted in management believing she was related to a member named Zhang and granting her admission.

He said she also lied about why she was carrying four cellphones, a computer and an external hard drive at the club, telling agents she feared they would be stolen if she left them in her hotel room. But when agents checked the room, they found $8,000, credit and debit cards and other electronic gear.

Garcia said she lied to a limo driver about her name, calling herself “Veronica,” and when she told a Mar-a-Lago receptionist she was there for a United Nations Chinese-American Association event.

Zhang “lied to practically everyone she encountered in the United States,” Garcia wrote.

Zhang was convicted in September after acting as her own attorney during her three-day trial. She has not filed a sentencing memo. She is jailed without bond and can’t be reached for comment.

Zhang’s troubles began in February when she paid $20,000 to “Charles,” a man she knew only online, to attend a Chinese-American friendship event at Mar-a-Lago on March 30 as part of a seven-day excursion that included trips to Washington, D.C., and New York City.

The Mar-a-Lago event included a promised photo with the president or a member of his family. Such meet-and-greets are common at Mar-a-Lago, the exclusive club Trump has run since 1995 on the grounds of a 1920s mansion built by cereal heiress Marjorie Merriweather Post.

Zhang’s former public defenders believe “Charles” is Charles Lee, a Chinese national who ran the United Nations Chinese Friendship Association. It is not affiliated with the U.N. He was photographed at least twice with Cindy Yang, a Republican donor and former Florida massage parlor owner who organized Mar-a-Lago events.

But prosecutors say Charles had told Zhang in text messages before she left China that the event had been canceled and she had demanded a refund, showing that she understood.