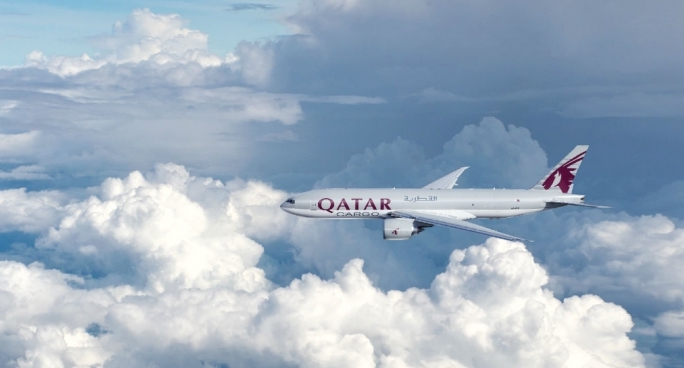 The new destinations will commence close on the heels of the recent arrival of the airline’s twenty-first brand new B777 freighter on November 25.

December 01, 2019: As of January 16, 2020, Qatar Airways Cargo plans to launch scheduled services to Campinas, Brazil; Santiago, Chile; Lima, Peru; and Bogota, Colombia in South America. The routes will be serviced by a B777 freighter.

These new destinations will commence close on the heels of the recent arrival of the airline’s twenty-first brand new B777 freighter on November 25. The new freighter increased the airline’s freighter fleet to 28 aircraft. The carrier also has an order for five additional B777 freighters, placed at the Paris Air Show 2019, with deliveries starting from April 2020 onwards.

Qatar Airways group chief executive, Akbar Al Baker, said, “Air cargo is a crucial element in the global transport system that supports international trade and the free flow of goods around the world. The addition of these four new routes in South America further reinforces our position as one of the world’s leading air cargo providers, operating one of the largest networks in the world with the youngest and most environmentally efficient fleet in the industry.”

Qatar Airways chief officer cargo, Guillaume Halleux, said, “We are very excited about our expansion in South America. The Americas are a very important market for us and there is a huge demand for South American fresh produce in Asia. With the introduction of our twice-weekly B777 freighter services, we offer exporters in South America a direct route for their cargo and a global network. Importers also stand to gain from the huge capacity to bring in their cargo to South America.”

General cargo, pharmaceuticals, and perishables will form the majority of goods imported and exported to and from South America along with some movements of live animals and high-value items like telecommunication equipment, electronics and other valuable cargo.

The cargo carrier has an extensive network in the Americas serving 18 freighter and 13 belly-hold cargo destinations in the region. The carrier recently completed a year of successful transpacific operations, now operating four-times weekly freighters direct from Asia to North America.

Syracuse University to Launch Online Master of Supply Chain Management in Partnership with 2U, Inc.