With the value of the used cardboard market at the lowest level since the 1980s, merchants and some waste management businesses are striving to impose transport and tonnage collection charges. The market situation is expected to worsen in December with export OCC/old KLS – used cardboard – prices falling to £20 or less.

Steve Eminton talked to two senior figures in the sector, Craig Curtis, president of the Recycling Association and Herman Van Der Meij, managing director for global export at DS Smith Recycling, to find out their views on current markets and future trends with both highlighting the need to maintain quality.

Craig Curtis is president of the Recycling Association and also managing director of family-run paper and plastic recycling business CS Recycling based in Potters Bar, Hertfordshire.

He laments the fact that in December it is likely that his “beautiful cardboard” will sell for about £20 a tonne.

“We’re facing a 50% drop from November and it is hard to find a margin in the current market.” 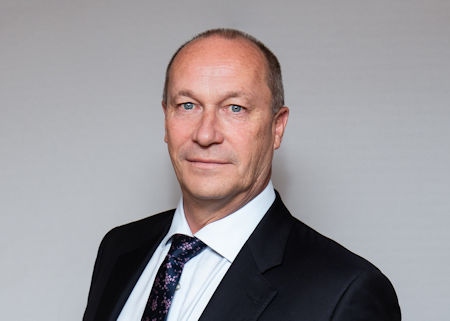 Craig Curtis, president of the Recycling Association, who has highlighted the need to levy collection and tonnage charges for cardboard

He describes the current market as “mad” and points out that the industry has been going for more than 100 years but has rarely seen such low prices. And, he emphasises the importance of keeping up quality standards despite the current market pressures.

The reason for the slump in prices: “China has put all their mills on quotas and are cutting the tonnage they accept this year to 12 million tonnes from when it was 28 million tonnes. Next year we face China’s reductions to just six million.”

He argues that the World Trade Organization should step in and require China to take back an appropriate volume of cardboard which it puts onto the market as packaging for recycling, but is also worried about the use of pulp by Chinese mills.

Mr Curtis points to China using virgin pulp from countries such as Russia and Canada and also from South America, whereas in the past most cardboard was made from used material in a recycling process.

“Cardboard being generated and needed for recycling are two sides of a circle.”

“We have millions of tonnes of new material coming in. Cardboard being generated and needed for recycling are two sides of a circle and now something has tipped the balance and the new material has to be a big factor.”

The recovered paper sector he says now faces a waiting game in that some of the large Chinese mills are building pulping plants outside of China to produce pulp which they can import into China or paper machines for the actual production packaging grades.

Added to the pressures is the situation in Indonesia, although he sees some signs that concerns that Indonesian imports might come to a halt are not quite as bad as first thought.

“They have relented on containers going into Indonesia from ports such as Singapore as long as the seal is intact from the loading point.” But, he is worried that brokers might be restricted by the Indonesian authorities as he sees the brokers playing a key part in helping merchants export material to Indonesia.

He also notes that the association has heard from its members of more moisture claims being imposed by mills. While understanding these, he thinks administration charges exasperate the situation.

“Those who have relied on the vanmen to collect the material could face problems.”

His big message now, wearing his presidential hat, is that in the current market producers of material – from small shops through to industrial estates, manufacturers and larger retailers – will have to pay a transport charge and a fee per tonne for collection without rebates for the material.

Mr Curtis points out that there is little help at present from the PRN system which is supposed to drive recycling. And, he appreciates that where waste paper businesses in the past have not charged, it can be difficult to impose charges – but without them material can’t be collected.

Will material start to back up at some producers? If they have been using an established merchant the material will still move, says the president, although a collection/tonnage fee will have to be paid. “Those who have relied on the vanmen to collect the material could face problems.”

Any optimism? He suggests that tonnages arising will reduce in the New Year and that the low prices could see poorer quality material lost to the residual waste stream. Beyond that, he looks forward to the development of the new paper machines in south east Asia and Europe which will need feedstock, even though these may be some months away.

Herman van der Meij is a familiar face to the UK having previously worked in the recycling sector there. He is now managing director of global export at DS Smith Recycling which has its headquarters in south Wales and sites across Europe, and is an enthusiast for high quality cardboard and other waste paper.

For Mr Van der Meij: “the big thing still is that the market is driven around quality”. He points out: “We have never had so much input from all the regulators on quality – they are in all the markets.”

His view on achieving sales in the current market is that waste paper merchants “need to go long with the fibre. Forward sell, don’t just sell for a month, there is no point holding on for £1 more”. 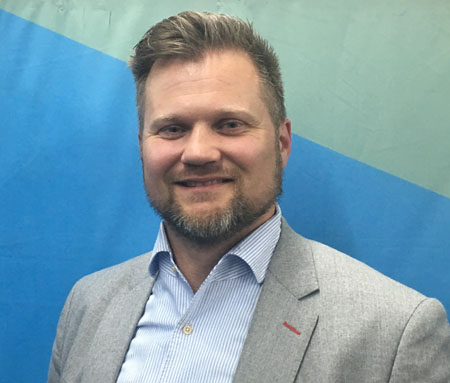 He emphasises that the material can still be sold if it is of good quality. “But this means you have got to get the purchase price right. A lot of people have found themselves piggy in the middle because of the contracts they have committed to. A bottle of milk can be sold for £1.10 but that price stays stable. Paper though is a subjective product, different outlets, different cultures and so many variations so you have to get the price right and charging is part of this now.

“I have to restate that quality will always be sold. DS Smith will always buy quality. The sector was spoilt into thinking that there was a market for inferior quality and we’re living in a new world order now, starting with ‘Q’.”

“The alphabet now begins with ‘Q’ for quality.”

How long will the current downturn last? Mr Van der Meij says that “my gut feeling is that it will last for six to eight months. The next two to three months will be difficult and then there will be a period of stability. It’s like having a sore throat, we need some Fishermen’s Friends which we will get from Europe and then from Asia and then prices up again in 2021.”

He expresses surprise at the concerns expressed at the Recycling Association over moisture claims by mills. “Mills have always made these, even in July,” and he points to the association’s own Quality First campaign.

“The next two to three months will be difficult and then there will be a period of stability.”

On Indonesia, he also reports that sealed containers look likely to be moved without extra delays and that exports will need to be accredited although existing suppliers will be automatically issued with a licence.

The quality restrictions, he warns, will increasingly be applied to Indonesia where a contamination level of 0.5% to 1% is under discussion. There will also be clear guidelines on moisture, probably taking on board the US ISRI level of 12% and the EN643 level of 10%.

Individual mill agreements in Indonesia are also expected, potentially even of 15% but the bales would not be allowed to be “soaking”. “There will be very clear guidance around contamination,” he notes.

As with Craig Curtis, Mr Van der Meij also is of the view that China should be taking used cardboard material back – “there is a certain moral obligation”. On potential World Trade Organization involvement, he says “this is a valid point” and he suggests that the Chinese government will be aware of this and so may not fully ban the import of recovered paper for mills in the country from the end of 2020, as has been proposed.