Russian state nuclear power company Rosatom, the operator of Russia’s nuclear icebreaker fleet and the designated manager for the development of Russia’s Northern Sea Route, is reportedly planning to plow billions of dollars into a fleet of container ships in order to make Asia-to-Europe cargo runs through Arctic waters.

Unlike CMA CGM, Hapag-Lloyd, MSC, Nike, H&M and other Western companies that have pledged to avoid the Northern Sea Route due to environmental concerns, Rosatom is officially tasked with maximizing the Arctic region’s economic potential. Russian outlet Vedomosti reports that based on information from sources close to the company, Rosatom plans to become a shipping giant: it wants to capture about seven percent of the containerized cargo that currently transits the Malacca-Suez-Gibraltar route to and from Europe.

The NSR would offer shippers a faster alternative to transport containerized goods between Asian and European markets – not as fast as air freight, nor as quick as the Silk Road rail line, but still considerably faster than the standard ocean freight route. Under legislation passed by the state Duma last year, Rosatom has authority over shipping, access, security and infrastructure on the Northern Sea Route, with the Ministry of Transport playing a subordinate role. 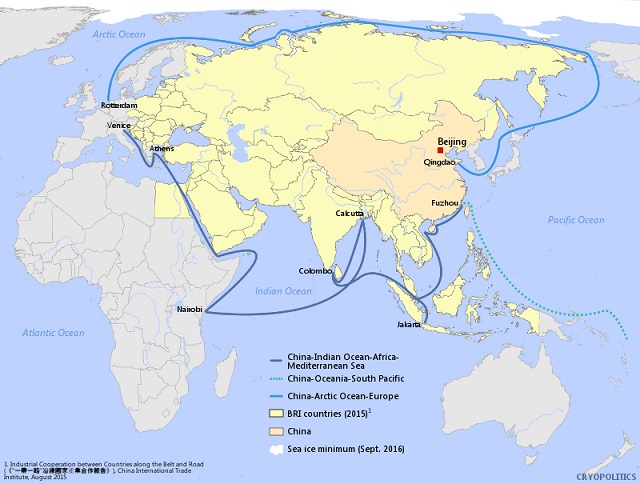 The move into commercial shipping (as well as regulation of commercial shipping) is a significant shift for Rosatom, which has a primary business focus on designing, building and operating nuclear power plants. It runs 35 plants in Russia, and its sales of Russian nuclear power technology and nuclear fuel are a large source of export revenue. The company’s marine division, Rosatomflot, operates four nuclear icebreakers, one nuclear-powered barge carrier, one non-nuclear icebreaker and five service ships, but no container vessels. It has historically focused on icebreaking and related operations along the Northern Sea Route and the Arctic region.