Technical problems have been revealed in Russia’s Progress MS-13 cargo spacecraft, scheduled to be launched to the International Space Station (ISS) on December 1, and although they have already been rectified, the date of the launch remains uncertain, the Russian State Space Corporation Roscosmos said on Monday.

“Critical observations have been made during works at the Baikonur spaceport on preparing the launch of the Progress MS-13 cargo spacecraft within the 74th ISS supply mission. As of now, the problems have been eliminated, and all the on-board systems are being checked,” Roscosmos said.

Roscosmos also pledged to announce the date of the launch later.

The Progress MS-13 spacecraft is expected to deliver various cargo to the ISS, including New Year gifts for astronauts.

The launch was initially planned for 6 December, but then rescheduled to December 1 at NASA’s request not to hinder the docking of the US Dragon cargo spacecraft, also scheduled for 6 December. 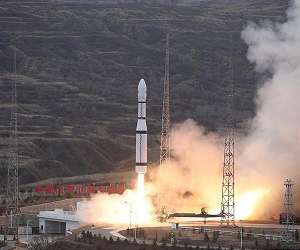 The five Ningxia-1 satellites were launched by a Long March-6 carrier rocket at 2:35 p.m. (Beijing Time).

The satellites are part of a commercial satellite project invested by the Ningxia Jingui Information Technology Co., Ltd. and will be mainly used for remote sensing detection.