FARMINGTON — The group of mine workers, dressed in gray shirts with yellow or orange reflective stripes, stood out in the crowd gathered at San Juan College for the Public Regulation Commission’s hearing about the San Juan Generating Station.

These workers asked the PRC to accept Public Service Company of New Mexico’s application to abandon — or cease operating — the San Juan Generating Station and allow Enchant Energy to take over operations and retrofit the plant with carbon capture technology.

The PRC visited San Juan College on Jan. 6 to hear comments from the community that will see the most impacts if San Juan Generating Station closes in 2022.

“This is my home and I don’t really want to move,” said Nick Miller. “I want to continue working at San Juan Mine. I want San Juan Generating Station to stay open and continue producing power using this carbon capture technology.”

He said he supports PNM ending its operations at the power plant and allowing Enchant Energy to take over the facility.

Coal miner Steve Kennedy walks to the front of the room, Monday, Jan. 6, 2020, to voice his support for installing carbon capture at the San Juan Generating Station. Kennedy was one of the miners who spoke during the public hearing at San Juan College about the future of the power plant. (Photo: Hannah Grover/The Daily Times)

“You’re going to hear from several coal miners today,” said coal miner Steve Kennedy to kick off the hearing. “You might be surprised to hear that we are not against clean or renewable energy. We want to protect the environment as much as the next person. The PRC has a decision to make with regard to PNM’s plan to abandon the San Juan Generating Station. We support PNM leaving the plant. We believe the continued operation of the plant under the management of Enchant Energy is needed as a bridge or interim supply of affordable electricity while the state develops resources needed for a clean energy portfolio.” 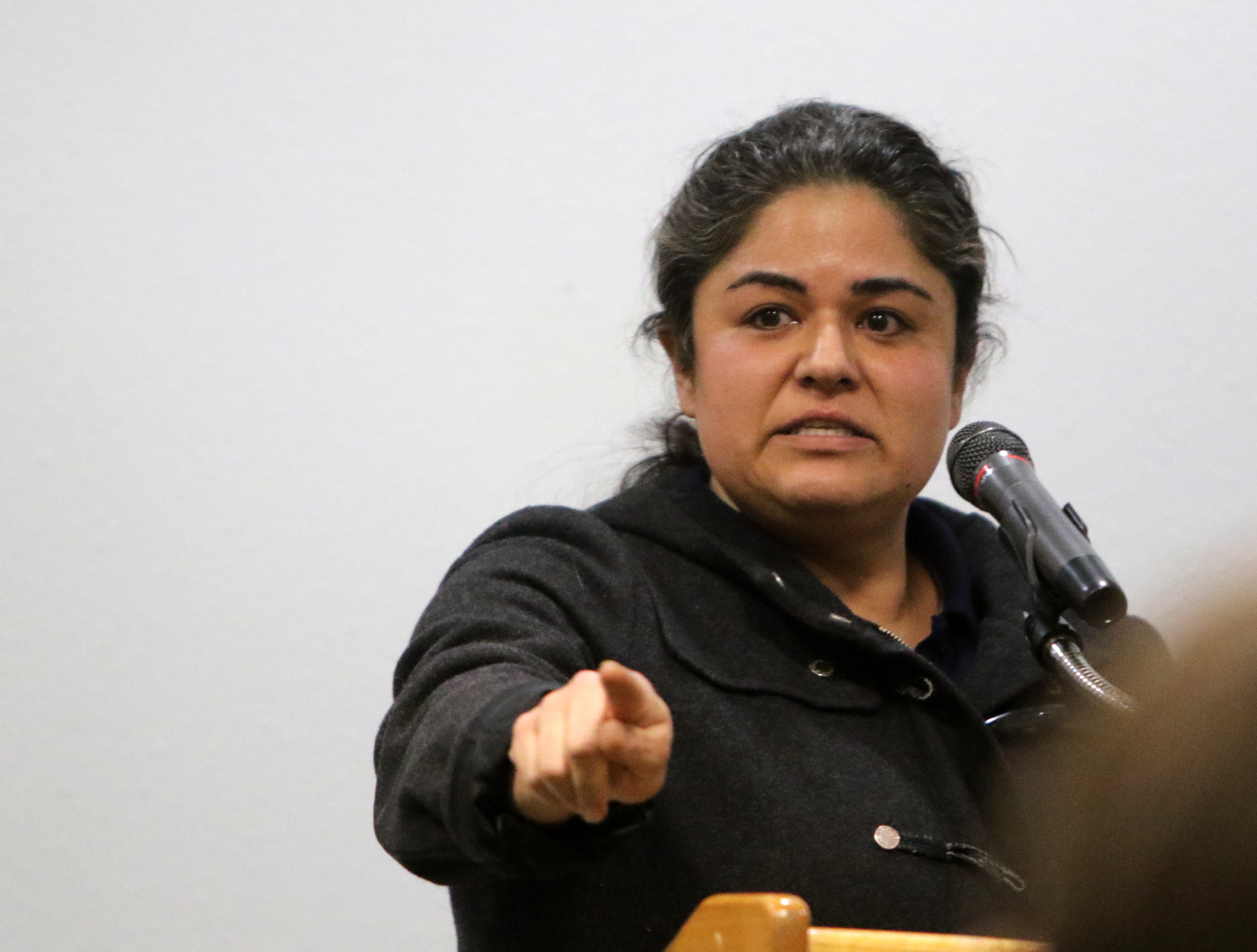 Geneva Griego, a PNM employee who works at the San Juan Generating Station, fought back tears as she spoke toward the end of the meeting.

“I support Enchant Energy installing carbon sequestration technology because I’m excited to be a part of an advancing technology that can help not only our coal miners, our power plant workers, but also our gas and oil industry,” she said. “This will help them reduce fracking, to be able to have better producing wells by utilizing the CO2 that will come from this project.”

Navajo: Time to transition away from coal

But not everyone in the crowded room supported keeping the power plant open.

Activists from Navajo Nation, many of whom live near the power plant, spoke about the impact of mining and emissions on the plants, water, people and land. Some said they oppose applying the Energy Transition Act to the case and said PNM needs to pay for the damage the power plant has had on the environment and human health.

Jathiel George said the Energy Transition Act should not be applied to the case.

“You cannot trust the perpetrator to decide how they will atone for their actions,” he said.

MORE: Does Energy Transition Act apply to San Juan Generating Station? Depends on who you ask

Kim Smith said the possible closure of the power plant has been discussed since 2009. She said there are 20,000 members of Navajo Nation who live downstream or downwind from the power plant and are impacted by it.

“You can’t tell me that we’re out of time if we have been in these types of discussions for the past 10 years,” Smith said. “You can’t say that you don’t know what you’re going to do. We have been at this stand hold for a very long time and we’re smarter than this. We should know what we’re going to do, how we are going to continue to prosper. As Diné people, as my comrades have mentioned, the Diné people are the ones that have to deal with the health impacts, with the soil impacts, with the air quality impacts.”

She referenced a survey a group of Diné activists did of community members living within or near the plant. This survey should be released in the upcoming weeks and, according to Council Delegate Daniel Tso, will be presented to a Navajo Nation Council committee. This survey found concerns about the power plant’s impacts to human health and the environment. 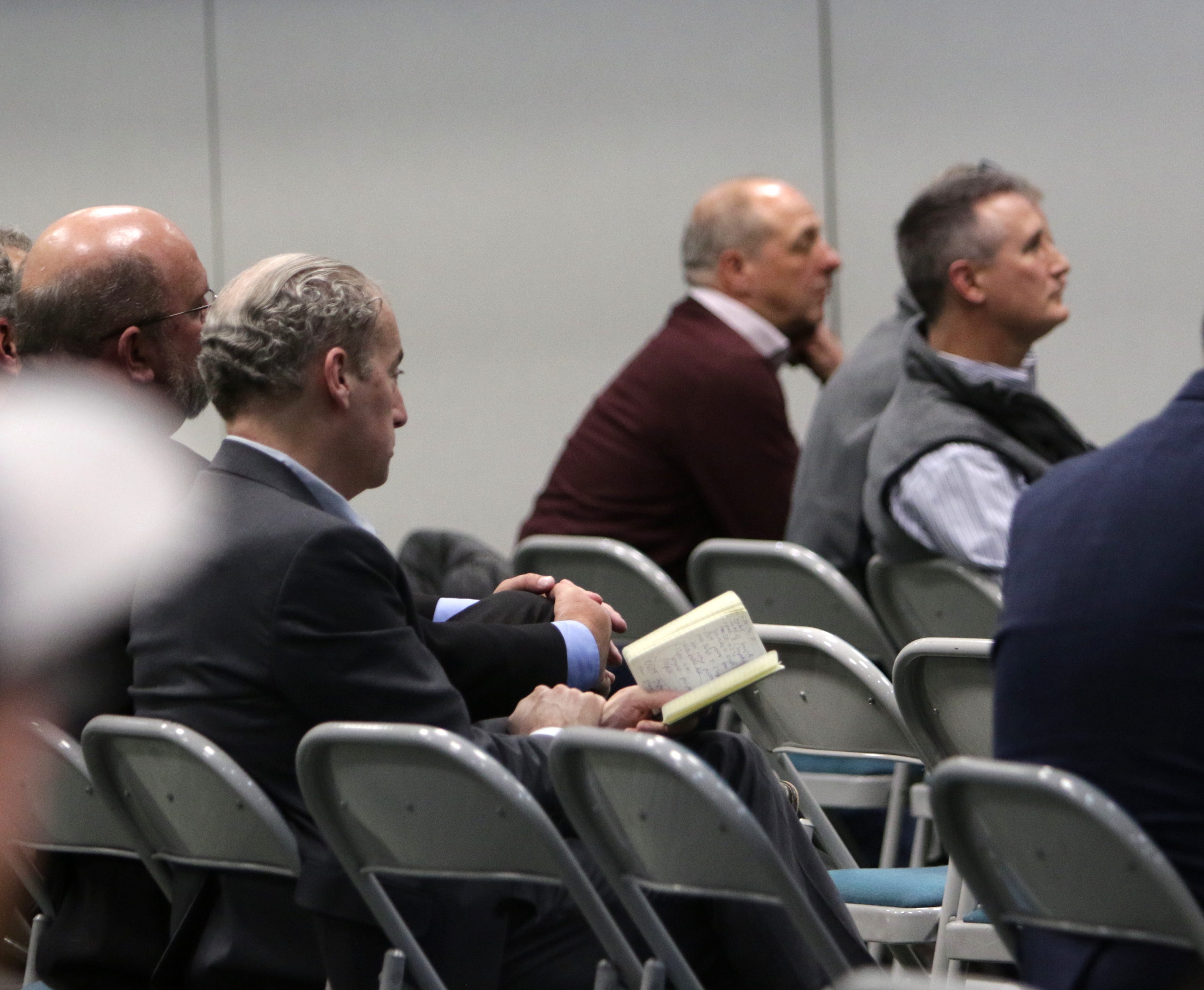 “Now as a resident of Farmington, I’m really moved by the comments of my new neighbors,” said Enchant Energy Chief Operating Officer Peter Mandelstam during a break in the hearing.

Mandelstam has 30 years of experience in the electrical sector promoting renewable energy, including developing off-shore wind. Those 30 years of work have taken him to plenty of public hearings like the Jan. 6 hearing at San Juan College.

“I’ve been saying to my partners in New York that this is much more than just a project for investment,” he said. “There’s a community that is really counting on us and I honor that and I accept that responsibility.”

PNM spokesman Raymond Sandoval sat near the back of the room during the hearing. He said he attended because PNM wants to make sure it listens to what the community has to say.

“We’ve been open and honest for the last three years about the closure of the San Juan Generating Station,” he said.

Sandoval questioned if Enchant Energy’s proposal is viable and said the Energy Transition Act is a safeguard for the community if the carbon capture retrofit does not come into fruition.

The Energy Transition Act allows PNM to refinance its past investment into the power plant with low-interest bonds. Some of those bond proceeds would go to assist the impacted workers and community.

However, it is unclear whether the new law applies to the case because the PRC had already opened a docket prior to the Energy Transition Act being introduced in the legislative session last year.

Sandoval did not completely dismiss Enchant Energy’s proposal, but said PNM would like to see more details to know that it is viable, including information about investors and electricity customers.

While some have suggested PNM could enter into a power purchase agreement with Enchant Energy rather than building a new natural gas plant, Sandoval said PNM has publicly stated it will not buy power from Enchant Energy. 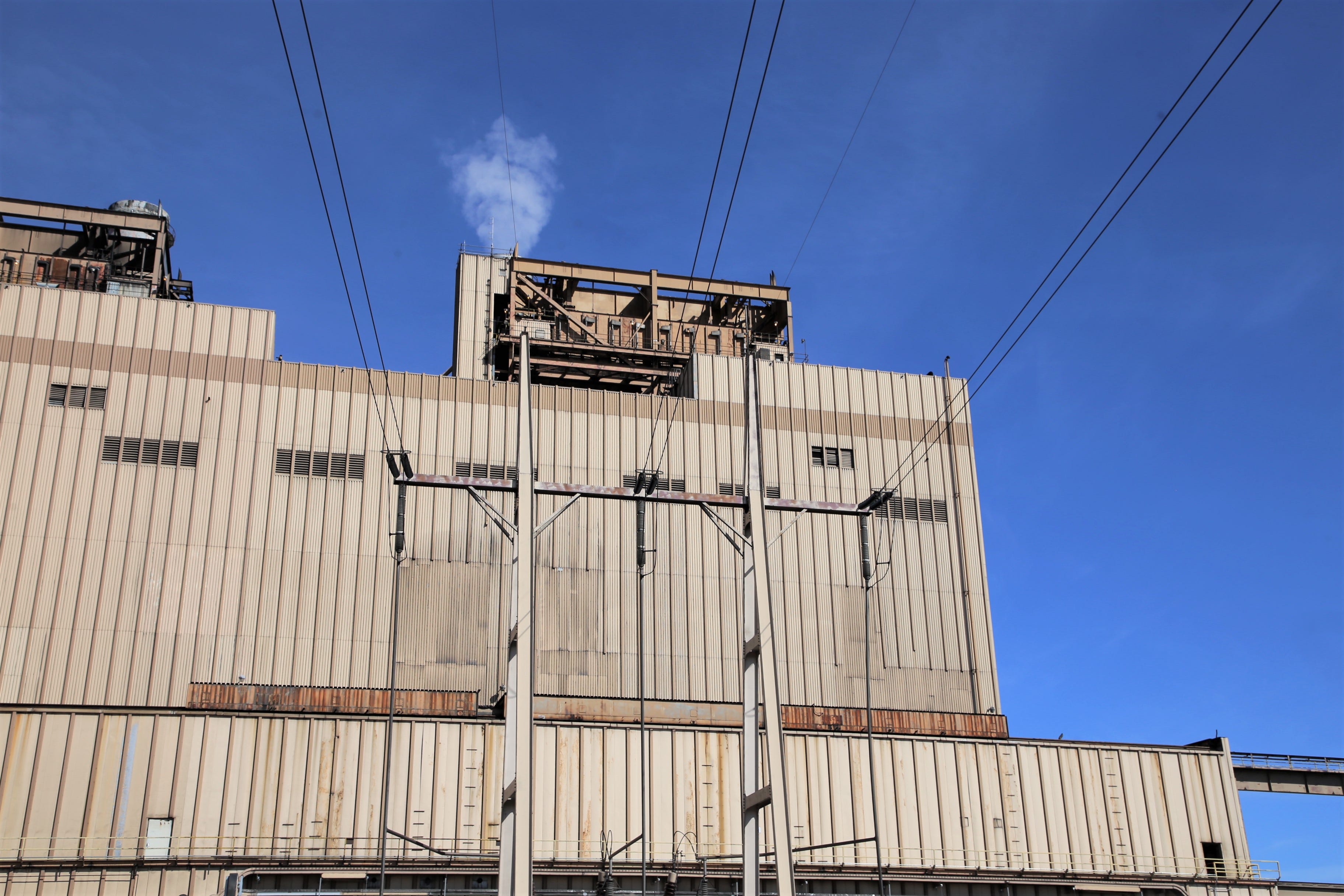 Enchant Energy has said its base customer will be the carbon capture unit and Farmington Electric Utility System will continue to receive 47 megawatts of power from the San Juan Generating Station.

In addition, Sandoval said he would like to see details about Enchant Energy’s transmission plans. He said PNM owns the lines that currently transport power away from the San Juan Generating Station. Sandoval said the utility is intending to use those lines for replacement power.

Enchant Energy has contracted a transmission study and the results should be released this spring.

Hannah Grover covers government for The Daily Times. at 505-564-4652 or via email at hgrover@daily-times.com.

Service Procurement Market Forecast 2020-2029 And Latest Viewpoints By: DCR Workforce (US), Beeline (US) and SAP Fieldglass (US)