(Bloomberg) With ambitious profitability goals, a business in flux and an activist investor hammering at the door, SAP SE CEO Bill McDermott’s time was up. His successors’ skill sets look better suited to meeting the challenges of serving a market demanding more digital technology.

SAP’s products, in addition to its widely used enterprise resource planning software, include the SAP Ariba procurement network, and the Hybris ecommerce software platform, which is now part of the SAP C/4 Hana customer experience suite, used by many large B2B and retail companies. 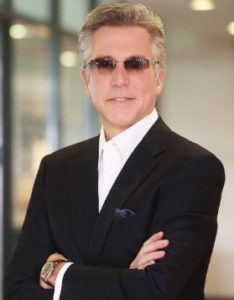 Bill McDermot, member of the executive board and former CEO, SAP SE

McDermott’s tenure was largely impressive. Through $31 billion of deals, SAP entered a string of new businesses and generated good value for shareholders. Annual returns averaged 15% under his leadership, compared to the 12% average of European technology firms. Since he took sole control in 2014, the returns have been even higher, and the market capitalization has doubled to almost 140 billion euros ($155 billion).

Even with that growth, however, many still see the stock as undervalued: SAP trades at 21 times expected earnings, while new cloud software players such as ServiceNow Inc. trade at a multiple of 65 times. That’s partly because of some of McDermott’s operational shortcomings, not least a failure to integrate many of the acquisitions effectively and to get customers to buy into SAP’s cloud products fast enough.

SAP’s clients feel they’re at a disadvantage in their digital transformation efforts to competitors who use products from SAP’s rivals, according to an industry body called the DSAG that represents SAP users in the German-speaking world. One major complaint is a failure of SAP to get its new offerings in the same coding language, creating additional work for their clients to get it all working together. As a result, only third of its 3,500 members trust the Walldorf, Germany-based company to accompany them well on the journey, the group told the Frankfurter Allgemeine Zeitung newspaper in September.

McDermott, a 58-year-old American, had been with the company since 2002 when he joined as head of its North American business. At the time, he was that unit’s fourth head in three years as SAP struggled to compete with rivals like Oracle Corp., and grappled with a drop in sales of software licenses. Problems with its products were blamed for delayed shipments of Whirlpool Corp.’s appliances and even Hershey’s Halloween chocolates.

In the role, he recruited a new management team, changed the way the sales department targeted customers, and ultimately boosted sales growth. When CEO Leo Apotheker unexpectedly resigned in 2010, McDermott and product-development head Jim Snabe were picked to replace him as co-CEOs. Snabe—currently chairman of Siemens AG—stepped down and took a spot on the board in 2014, and McDermott became sole head of the company. 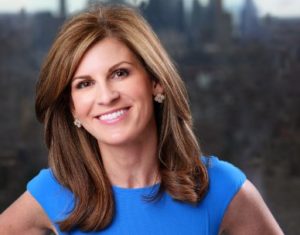 With nearly 100,000 employees and a sprawling business that generated about $27 billion in revenue last year, driving change has sometimes been controversial. Since 2011, McDermott spent $26 billion on six major cloud acquisitions, and was the main advocate for the $8 billion acquisition of Qualtrics International Inc., the company’s largest-ever deal.

Analysts criticized the purchase as too expensive. In November, Qualtrics said it expected revenue for 2018 to exceed $400 million, a figure that wouldn’t move the needle much for SAP. McDermott defended the deal, believing that combining SAP’s sales force and a trove of operational data with Qualtrics’s customer experience feedback would accelerate growth.

More recently, the company attracted the interest of activists at Elliott Management Corp., which revealed its 1.2 billion-euro ($1.3 billion) stake when SAP announced a change in strategy in April. SAP had been vague at the time, saying it planned “new initiatives to accelerate operational excellence and value creation” with a focus on “tuck-in” acquisitions.

SAP underwent a management shakeup in the weeks preceding the April announcement. The president of its cloud business, 27-year SAP veteran Robert Enslin, had announced his departure earlier that month. It was later revealed he’d left for Google. A day earlier, chief technology officer Bjoern Goerke, another cloud expert based in the U.S., penned a blog post saying he was leaving the company he joined as a student in 1988. Board member Bernd Leukert, a seasoned IT executive, left SAP in February.

Personally, McDermott also had to weather a near-fatal accident in 2015 that cost him an eye when he fell down some stairs while carrying a water glass and nearly bled to death.

New co-chiefs a mix of old and new guard 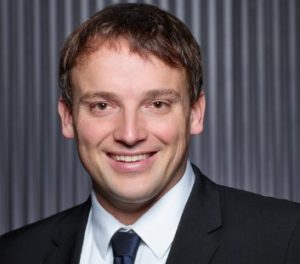 His replacements are a mix of old and new guard at SAP. Christian Klein, 39, spent the past 20 years at SAP, after joining as a student in 1999. Jennifer Morgan, 48, arrived in 2004 and was the first American woman on the company’s executive board. Morgan has been seen as McDermott’s protege, rising relatively quickly through the ranks, and most recently served as the president of the all-important cloud group.

Together, Klein and Morgan will have to find a way to compete with younger companies like Salesforce.com Inc. and Workday Inc. while encumbered by a traditional enterprise software business.

Cloud is the company’s clear growth engine, with revenue increasing about 32% last year to about 5 billion euros. Sales from its largest business, which helps clients set up and implement SAP’s software, grew less than 1% in 2019.

McDermott’s resignation was announced alongside better-than-expected preliminary third-quarter earnings results. New bookings for the company’s cloud products, a key metric that indicates future sales, grew 33% on a constant-currency business. That was more than double the pace set in the second quarter, when disappointed investors sent shares down as much as 10%.

“While it is a shock to see Mr. McDermott stepping down, he is clearly handing over the reins of the business from a position of strength and we are encouraged to see that his replacements are long-term members of the SAP executive team,” said Thomas Fitzgerald, fund manager at SAP shareholder Edentree Investment Management, in a note on Friday.