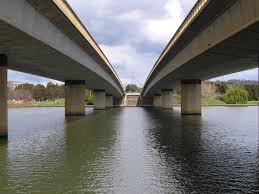 China Civil Engineering Construction Corporation (CCECC) has finished the Sea Crossing Bridge segment of Lagos Blue Line Light Rail project traversing from Mile 2 to Marina hub in Lagos State. The completion of the 380-meter long consistent bar extension of the sea crossing for the Blue Line project has raised hopes of finishing the project by end of 2020.

The Completion of the Continuous Beam Bridge for the Sea-Crossing of the Lagos Rail Mass Transit-Blue Line Project in Lagos is part of a broader plan to improve traffic management and transportation in Lagos. Other rail lines on the drawing board are the 68 kilometers – Green Line from Marina through Victoria Island, Lekki Phases 1 and 2, Ajah, Ogombo, Lekki Airport to Lekki Free Trade Zone; the 60 kilometers – Purple Line from the Redemption Camp through Ogba, Iyana Ipaja, Igando and ending at Ojo; and 34 kilometers Yellow Line from Otta through Isheri Osun, Ejigbo Mafoluku, Isolo to National Theater. There is also the 48 kilometers Orange Line from Ikeja crossing through Mile 12, Ikorodu, Alapadi, Eligana, Isiwu, Imota and ending at Agbowa.

85 percent of stages I-IV of the Lagos Blue Line Light Rail project are now complete. The completion of the pillar construction effectively means that the most difficult part of the project is now complete. The sea-crossing span had to overcome difficulties from the effects of fluctuating tides and the continuous berthing of oil vessel. The complex topographical state of the seabed and a few episodes of freight boats slamming into the trestle close to the bustling sea route course were other challenges.
CCECC has completed other projects in Nigeria most significant being Lagos-Badagry Highway, Lagos-Ibadan Railway, Lagos Airport Terminal, Lekki Free zone and Blue Line Rail.

Lagos traffic remains one of the most congested in the world and the this project will go a long way in improving the situation.