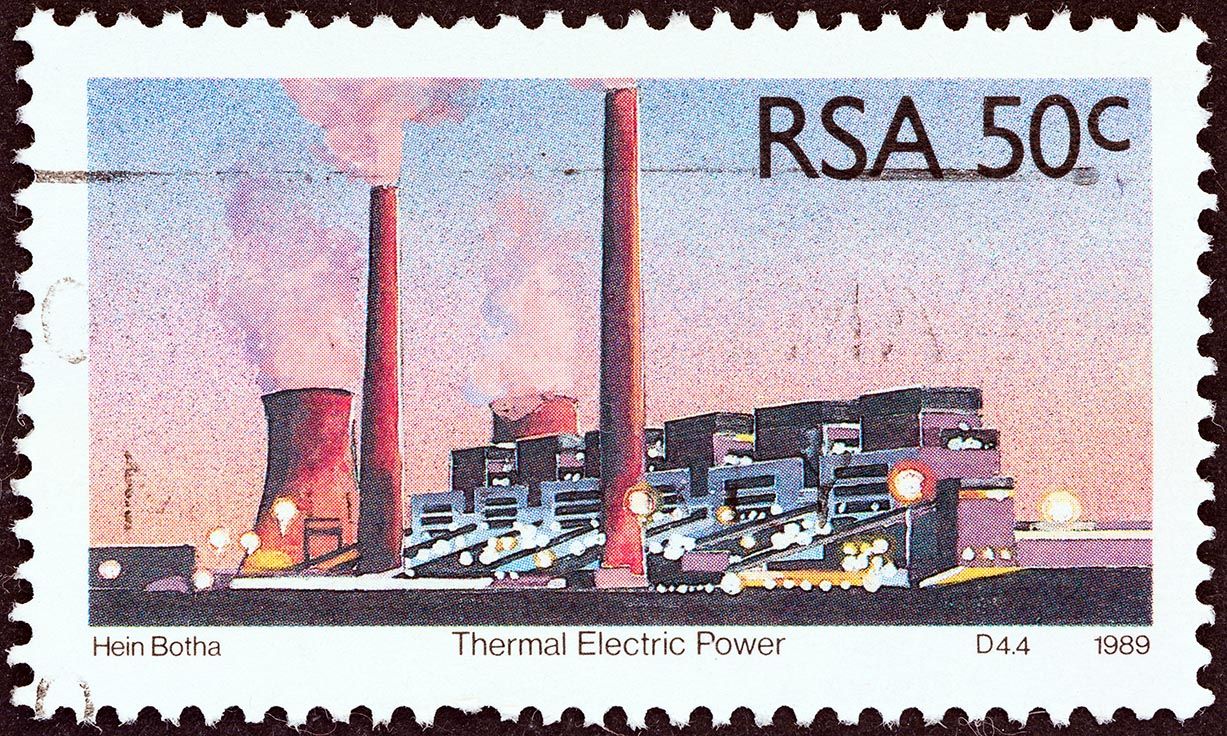 – But Citadel says ‘junk’ status won’t be end of world.

The Rand sat out an emerging market rebound Thursday and could hit a record low in 2020 if Moody’s goes ahead with a rating downgrade, according to one influential economist who’s also told clients that such losses won’t last for long.

South Africa’s Rand was one of only a few emerging market currencies that failed to capitalise on a renewed appetite for risk among investors, evidenced Thursday by a fresh bid for stocks and a hunt for yield in faraway bond markets

Gains may have been aided by Federal Reserve (Fed) rate setter Richard Clarida, who said the bank will respond “materially” to any “material reassessment” of the U.S. economic outlook. The Fed made the latter a precondition for any change in its current policy stance back in December.

“It seems EM has become a pure play on risk appetite, ignoring for now the historic dislike of a stronger US dollar (although the rising CNY is another boost for EM and USDCNY explored new lows for the recent cycle yesterday),” says John Hardy, chief FX strategist at Saxo Bank. “We are increasingly concerned that this market environment – for however long it extends – will see a disorderly demise when we do reach a real inflection point.” 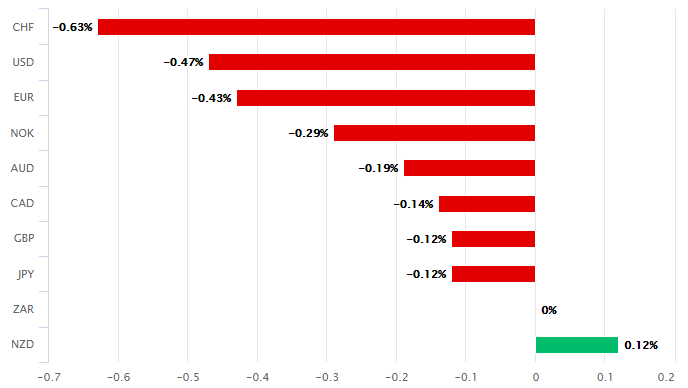 Above: South African Rand performance Vs major currencies on Thursday.

Any further deceleration of U.S. growth would take place in an election year, risking the ire of President Donald Trump and according to Clarida, draw more interest cuts from the Fed.

That would be balm to the souls of oft-battered and bruised emerging market currencies that suffered in 2018 and 2019 as the Fed’s interest rates drew capital away from the developing world and raised many kinds of costs those economies. However, much depends on what the Dollar does next.

“The broad value of the USD is trading moderately higher as measured by the BBDXY, but most of the strength in the Index has been fed by weakness in other G10 currencies. The rebound in risk appetiite, meanwhile, has tended to provide support to various EM currencies,” says Stephen Gallo, European head of FX strategy at BMO Capital Markets.

The Rand ceded ground even as other comparable currencies revelled in the calm that’s returned to markets ever since President Donald Trump indicated the U.S. might respond using only economic sanctions to a recent attack by the Iranian government on American military bases in Iraq. 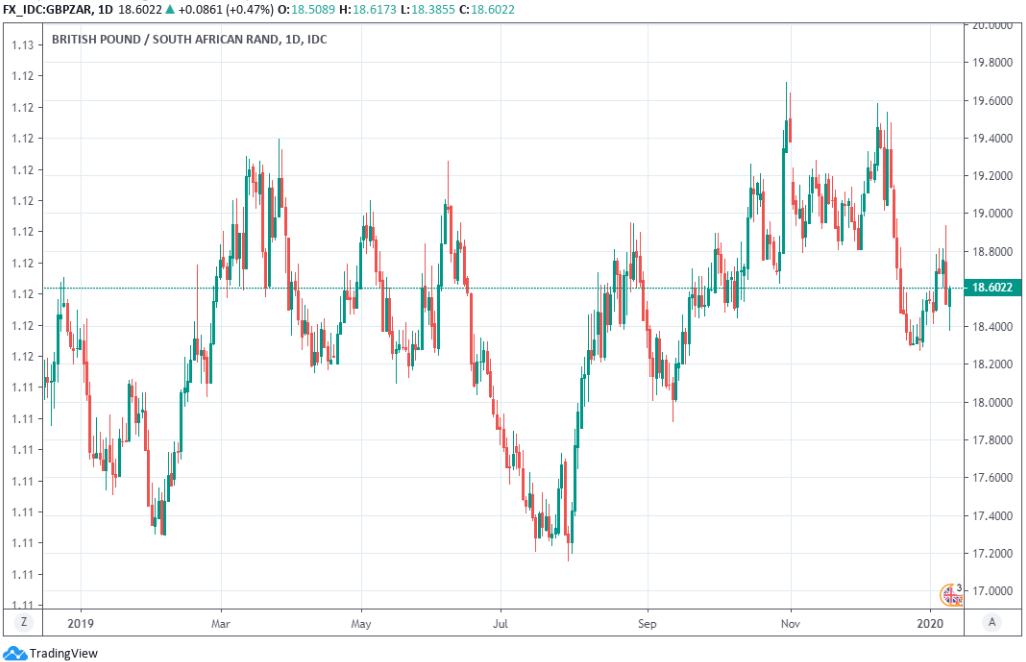 Appetite for the Rand dissipated this week after the insolvent and still-ailing electricity monopoly Eskom said Sunday that it was moving imminently from stage 4 load shedding to stage 6, after already shifting from stage 2 to stage 4 earlier in the day. That removed from the grid a supply of electricity that’s equivalent to around 30% of total daily demand at a time when the company is already unable to provide the economy with uninterrupted power each day.

Load shedding at the national power utility Eskom, which sees rolling blackouts imposed upon the country’s companies and households, became so severe in recent weeks that some local analysts have forecast an economic contraction for the final quarter. The economy shrank sharply earlier in 2019 in part because of exactly that kind of catastrophe and has in recent times become vulnerable to contraction in the first quarter of each year even without load-shedding.

“The return of load-shedding aside, some progress has finally been made in dealing with the management issues plaguing Eskom with the introduction of new CEO Andre de Ruyter, and we should hopefully see more action in terms of the planned unbundling soon. That said, 2020 will be make or break for South Africa,” says Maarten Ackerman, chief economist at Citadel Wealth Management. “If government fails to show real muscle in dealing with key issues of corruption and mismanagement at State-Owned Enterprises (SOEs), an overinflated public service headcount and a hideously bloated government wage bill by the February Budget Speech, then a credit rating downgrade from Moody’s is almost guaranteed.”

Ackerman told clients of the Cape Town-headquartered Citadel that a Moody’s downgrade “seems very likely in any case” in remarks that were widely reported by local and international media on Wednesday. However, what got less attention at the time was Ackerman’s guidance that a ‘junk’ credit rating would not be the end of the world for the economy and his forecast that other factors would subsequently offer salvation to the Rand later in the year. 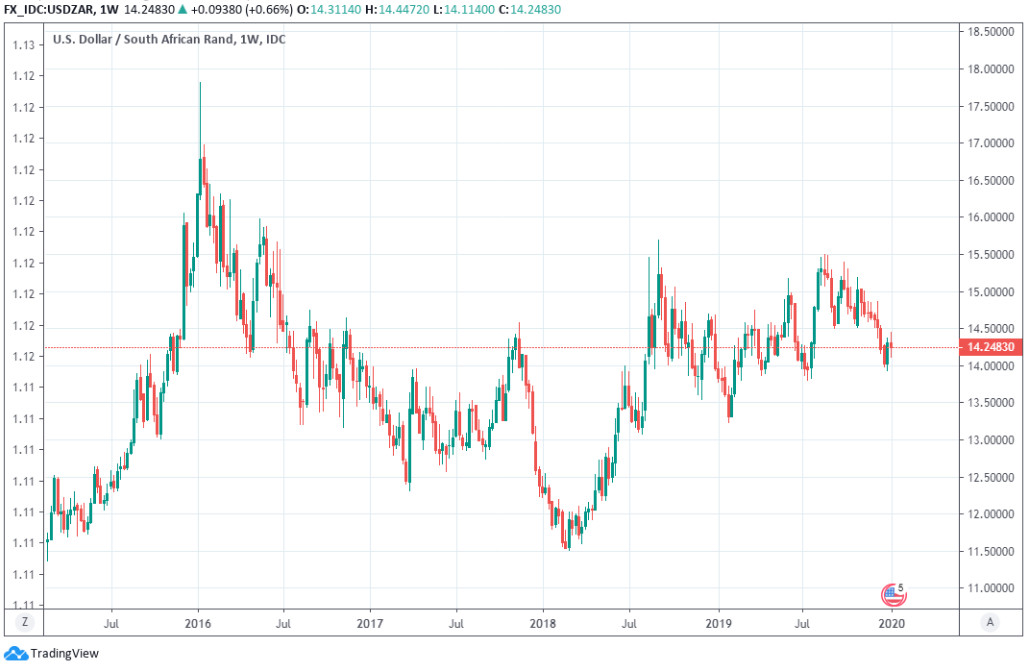 It’s already been widely reported how any decision by Moody’s, the last major agency to have the country as an ‘investment grade’ borrower, to cut South Africa’s rating to ‘junk’ would risk encouraging outflows of foreign capital from the country and lead to a substantial depreciation of the Rand. However, and although Ackerman has warned the Rand will suffer “upon impact” in such a scenario, he also projects that international factors would help bring the USD/ZAR rate back to earth soon after.

“It would not spell the end for the country: the dollar is likely to run out of steam over the course of 2020, and a trade deal would also lift global sentiment and offer some support to emerging markets. So, while the rand may touch R18/$, it is more likely to average R16/$ this year,” Ackerman writes in a briefing setting out the firm’s expectations for the year ahead.

The USD/ZAR rate was trading at 14.20 Thursday which, given that it’s tipped to top out around 18.0 and to average 16.0 this year, could mean the Rand is close to having seen its best levels for 2020 already. A USD/ZAR trip to the 18.0 level would put the Rand at a record low against the Dollar, although Citadel forecasts also suggest that such a move would be unlikely to last for long. The current record low for the Rand is 17.80 and was reached at the end of 2015.

“A downgrade would likely see SA bond yields moving above 10%, which will result in capital losses for existing investors, but will also create a highly attractive buying opportunity,” Ackerman says. “This would, no doubt, generate a high level of interest among those foreigner investors whose mandate allows them to invest in sub-investment grade emerging markets and would also offer local investors highly attractive yields, especially in tax-friendly vehicles.”

Finance Minister Tito Mboweni is expected to set out the government’s next budget in February and markets, not to mention Moody’s, will look to see an improvement on the dire report from October. The October 2019 interim update revealed a marked deterioration from the position set out in February last year. The next Moody’s decision is expected in March.

Time to move your money? The Global Reach Best Exchange Rate Guarantee offers you competitive rates and maximises your currency transfer. Global Reach can offer great rates, tailored transfers, and market insight to help you choose the best times for you to trade. Speaking to a currency specialist helps you to capitalise on positive market shifts and make the most of your money. Find out more here.

Commercial Bank boards will reinforce the tone at the top: RBI