For international fruit exporter United Exports, the South African blueberry harvest has come to an end. 2019 offered another successful season in which the industry’s total volumes, as of week 48, are up more than 40% on last year, reaching 11,400 tonnes this season thus far. 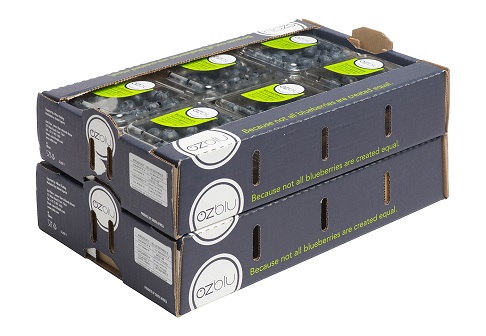 United Exports has become well known for its OZblu® blueberry brand, but the company also markets niche stone fruit varieties. It holds the South African licenses for the OZPeach varieties from Australia – developed by renowned breeders, Dave and Leasa Mazzardis of Natures Select – as well as Burchell varieties from California.

“Stone fruit is a lot more sensitive as a commodity and the drought on some of our growers’ farms is still having an impact, but we’re still happy with the season. We’re a very niche player, supplying to UK retail, a bit of Europe and the Middle East. It’s a category that’s growing by an average of 10% yearly, mostly peaches and nectarines, with some apricots,” says Roger Horak, founder and global CEO of United Exports.

The company’s stone fruit exports run through to the end of March. Roger notes that their blueberries peak in August/ September, and are followed soon after by their early peaches in September/October, and then plums, nectarines, sugar-prunes and late-season peaches in the first quarter.

He continues: “South Africa is on the map now as a blueberry supplier but there’s still a long way to go in terms of having the supply chain in place for all the different components that will support a world-class industry – for example chemical and biological registration. The market is becoming increasingly competitive; there’s ongoing expansion which is a great story, particularly if you look at, for example, what the ratings agencies are saying of the South African economy, and disinvestment in the mining sector for example.”

The vast majority of OZblu® blueberries are exported to the UK and Europe in addition to the Middle and Far East. “The UK to date has been the benchmark in terms of how they manage the berry category in general, and blueberries specifically, in terms of pack size and so forth, however, many of our European receivers have lifted their blueberry offering and in some cases have exceeded the UK.”

“You’re starting to see a bigger switch by retailers towards new varieties such as OZblu®. There’s a recognition of the superior all-round quality that these genetics deliver to the end customer.”

“Even though the shipping time was five weeks, it was 100% successful. What’s more impressive is that this was achieved without making use of any controlled atmosphere packaging or specialised containers, another clear benefit of the OZblu® genetics. For the future, the USA is an option, if the economics make sense and the supply window is there,” Roger notes. “We’ve got our footprint in South America now.”

“Our strategy has always been to focus on sea freight, which now accounts for a large proportion of our trade, much more than five years ago. We really have grown our sea freight component. It’s not just our varieties that make it possible but also our production techniques that we’ve honed over many years.” 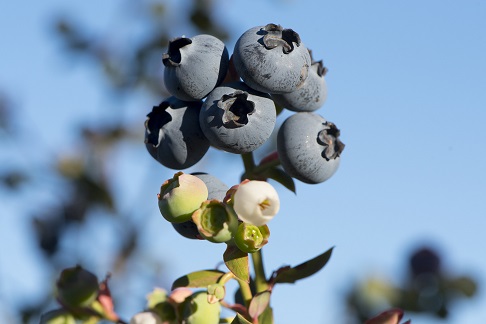 About OZblu® – Because not all blueberries are created equal!
OZblu® blueberries – a leading producer of new blueberry varieties – prides itself on producing a range of blueberries that are bigger, sweeter, crunchier and juicer than the older traditional varieties, through a unique and sustainable breeding programme.

Since its first commercial planting in 2013, OZblu® has made a significant investment in global blueberry production. Focusing on high-level, ethical, technical and sustainable production, while taking advantage of the different climates and rainfall seasons across the globe, OZblu® is able to produce consistent, high-quality blueberry varieties year-round for our delighted consumers.

About United Exports
Established by Roger Horak in 2003, United Exports is an international company specialising in the licensing and sub-licensing of leading fruit genetics.  As a vertically integrated business, the core business units are varietal breeding, fruit production, packing and export/import services.

United Exports is best known for its global footprint of the OZblu® blueberry brand and its innovative, sustainable and precision approach to producing these exciting varieties of blueberries.