By James Pero For Dailymail.com

A new user manual for SpaceX’s nascent Starship craft gives insight into just what the company has in store for the ship’s future.

According to the manual, which was highlighted by Techcrunch, which was released by the company this month, SpaceX sees Starship as occupying dual roles.

On one hand the company describes the craft as a high-capacity cargo hauler that can carry payloads into space and also as a passenger space liner.

According to the company, the craft will be capable of carrying various sized satellites to space, including larger geosynchronous and other smaller constellation satellites all in one journey. 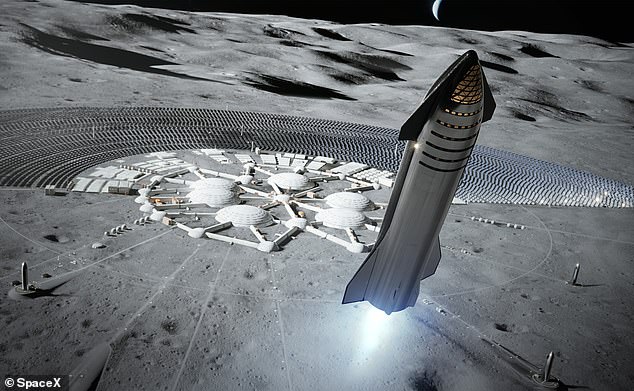 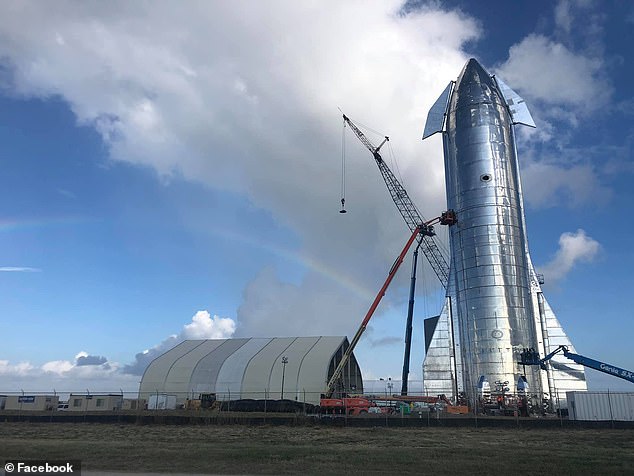 Starship (pictured) has made leaps throughout the past year after successful test of its precursor, Starhopper. The company hopes to conduct a 12-mile-high test flight later this year

Starship may also be able to repair satellites too by intercepting them in orbit and then carrying them back down to Earth or leaving them for an in-space fixup.

Additionally, SpaceX says it sees Starship as a kind of ‘in-space demonstration spacecraft’ that will be capable of carrying science payloads to space and then delivering them back down again.

As for passengers, SpaceX says the craft will be able to shuttle as many as 100 people to low-Earth orbit or even the Moon and Mars and will include ‘private cabins, large common areas, centralized storage, solar storm shelters and a viewing gallery.’

The craft may also eventually launch from Florida as well as the company’s facility in Boca Chica, Texas meaning once more Starship crafts are built, it could help increase the pace of launches.

A recently approved facility will likely speed up the completion of Starship, bringing the craft one step closer to fruition.

As designed, the Starship itself is actually the top half of a colossal interplanetary rocket system that will stand 387 feet (118 meters) tall and be capable of ferrying dozens of humans to the moon and Mars in a single launch.

Musk has said that he hopes the Starship will be ready for its first orbital test flight later this year.

In a formal request in September, SpaceX requested permission to fly Starship more than 12 miles into orbit and then land the craft back down in the same spot.

The feat would mark a significant leap for the company, which recently completed a successful series of tests on Starship prototype, Starhopper, and gives new insight into just how close the company is to completing the vehicle.