As the national home inventory shortage continues, Stanislaus County buyers and sellers can expect a fast-paced market with quick turnovers and high prices across the board.

June saw median home prices in both Stanislaus County and Modesto reach over $400,000. Across the county, the median selling price for homes was $429,000, with a median price in Modesto at $415,000, according to data from TrendVision.

These numbers follow a slight increase in available houses across the county following a dip in stock at the beginning of the year. Taide Zamora, the sales manager for PMZ’s Orangeburg office, also linked the increase to the “spring selling season,” which coincides with the end of the school year and usually marks a spike in listings.

“That has a little bit to do with it, and the pressure upward on pricing,” Zamora said. “There may be a few buyers that are starting to get priced out of the market because of the increase in pricing.”

Locally, these increases spell out fewer homes on the market that stay there for a shorter amount of time and sell for more money.

That month, there were 347 homes listed as for sale in the county, and 454 sales, according to TrendVision data. In Modesto, the same month saw 167 homes on the market and 236 sales. These numbers mark slight increases from May, where there were 293 homes listed county-wide and 425 sales, compared with 139 and 215, respectively, in Modesto.

On average, homes spent 12 days on the market in June, with that number decreasing to 10 days in Modesto.

Stanislaus County isn’t alone with its lack of inventory.

Nationally, construction slowed down significantly after the 2008 recession, and it’s struggled to pick back up. In Stanislaus especially, construction all but stalled for the first few years post-financial crisis, and has only begun to increase in the past few years. Then came the pandemic, and with it regional shutdowns, leading many to look for larger homes in more affordable areas of the state.

According to the National Association of Realtors, in March, the median price for a single-family home rose about 18% to a record high of almost $335,000. In addition, the cost of labor and raw materials — especially the cost of lumber — have increased over the past year, only adding to the hike in prices.

For Modesto and Stanislaus, the pandemic has brought an influx of new residents from the Bay Area, among other regions, who brought with them more purchasing power than before as interest rates sunk low to protect from the COVID-19 pandemic’s economic fallout.

Buyers, Zamora said, are becoming increasingly frustrated with the market conditions, while some sellers have been taking advantage of their luck and “trying to squeeze all they can” out of a sale. Ultimately, “the sellers are happy because they know especially if they’re moving out of the area, they can take that money and buy a nice house somewhere else.”

Add to that a lack of construction, and Zamora said it’s likely that without drastic intervention in the form of new development projects or an “economic catalyst,” the county will be facing a housing shortage and increased prices for years to come.

“For those coming out of the pandemic, the economy is rolling and people are getting back to work,” he said. “As long as we have a healthy economy, I think here in the Central Valley, we’re going to be in these conditions for an extended period of time.”

This story was produced with financial support from the Stanislaus Community Foundation, along with the GroundTruth Project’s Report for America initiative. The Modesto Bee maintains full editorial control of this work.

To help fund The Bee’s economic development reporter with Report for America, go to https://bit.ly/ModestoBeeRFA

Help us cover your community through The Modesto Bee’s partnership with Report For America, with financial support from the Stanislaus Community Foundation.

Your contribution helps to fund Kristina Karisch’s coverage of economic development and recovery in Stanislaus County, as well as future RFA journalists in our newsroom. 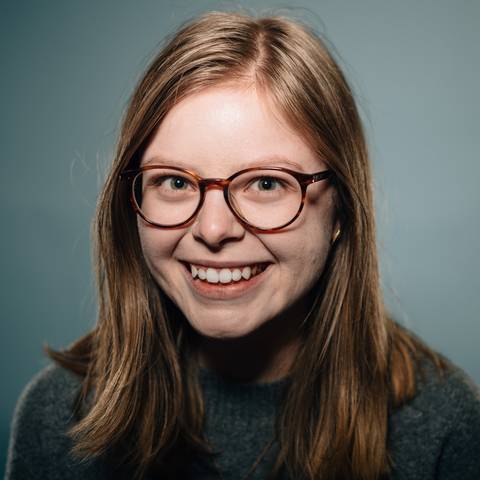 Kristina Karisch is the economic development reporter for The Modesto Bee. She covers economic recovery and development in Stanislaus County and the North San Joaquin Valley. Her position is funded through the financial support from the Stanislaus Community Foundation, along with The GroundTruth Project’s Report for America initiative. The Modesto Bee maintains full editorial control of her work.