More scrutiny is being focused on the carbon cost of battery manufacturing in both the automotive and stationary storage sectors.

Manufacturing emissions are lower for conventional vehicles than for EVs, where the batteries make up around 30 percent of greenhouse gas output. Cheap batteries are essential to enabling the grid to reach 100 percent renewables.

But with most of batteries’ constituent parts consisting of mined and refined products, the direct emissions from manufacturing are gaining attention.

We need to talk about graphite

Apart from lithium, there is one material that is currently a fundamental part of all lithium-ion batteries, regardless of cathode chemistry: graphite. Graphite is a strangely unnoticed piece of the lithium-ion battery; it is the weightiest constituent of most installations.

The Tesla Model S contains up to 85 kg of graphite, while grid storage solutions need much more. Graphite is highly conductive, and its layered chemical structure gives it inordinate lithium-ion storage potential — there are few materials that can substitute for it in a lithium-ion battery anode today.

This is the crux of the emissions issue: Graphite is only produced by crushing and then roasting a mined product or as a byproduct of coal mining or oil refining.

Beyond batteries, the main application for graphite is in electrodes used in steel production. The steel industry is expected to remain the largest consumer, but demand from the battery sector is the driver of growth for this emissions-intensive industry. Indeed, Wood Mackenzie forecasts rapid growth for graphite in the battery sector — demand is expected to grow from 165,000 tonnes in 2018 to almost 1 million tonnes by 2030.

These two types of graphite, natural and synthetic, compete in the battery anode materials market; the split of demand was around 50:50 in 2018.

Synthetic graphite is the higher-cost option for anode material, but its higher purity makes it preferable for use in premium batteries. Most battery anode producers use a blend of synthetic and natural materials, balancing costs and performance. But increasingly, the lower electrical resistances and greater consistency offered by synthetic have resulted in advanced technologies, such as NCA and NMC 811, coming to use more synthetic graphite.

In other words, the growing preference of battery manufacturers is for the byproduct of hydrocarbon refining.

Indeed, by 2030 Wood Mackenzie expects 70 percent of battery demand to be for synthetic graphite.

The U.S. is currently the largest producing country of the synthetic graphite feedstocks (all oil-based), followed by Japan, which produces from both coal- and oil-based products. The dominant global suppliers are Phillips 66 (with refineries in Texas and the U.K.) and GrafTech (also in Texas).

Natural graphite production has been dominated by China, but supply is becoming more diversified with many new greenfield projects, particularly in Africa, being developed in response to burgeoning demand from the battery sector. Syrah Resources’ significant Balama project in Mozambique was the first of this new wave of African projects to start up in 2018.

Many natural graphite producers are looking to move downstream to produce higher-purity products like coated spherical graphite, which could rival synthetic’s energy densities and can compete on performance in the battery anode materials sector.

The trend of natural graphite miners’ integrating value-adding processes into their business model may reduce the reliance on synthetic in the battery sector.

For a start, the production of synthetic requires considerably more energy than does natural. While most of the carbon contained remains in the product during processing, generating a low level of CO2 emissions in production, synthetic graphite production burns off sulfur, nitrogen and ash impurities from its hydrocarbon feedstocks and is therefore a large source of NOx, SOx and particulate emissions.

Understanding the lifecycle environmental impacts of lithium-ion batteries that underpin EVs and storage systems is key to their sustainable deployment. The upstream production of battery materials is more emissions-intensive than the battery manufacturing process itself, and there is wild variation in emissions intensity among producers of the raw materials.

As the companies selling EVs increase the transparency of their supply chains, those in stationary storage may be pressured to respond to increased scrutiny. There is likely to be a growing focus on the sources of raw materials and their processing in both industries.

In these circumstances, the direct emissions of producing synthetic graphite could be a driver for maintaining natural graphite in the lithium-ion anode. The emergence of advanced natural graphite products like high-purity spherical will only aid this.

An opportunity for long-duration options?

The global energy storage industry is on a remarkable trajectory, moving from eligibility, to opportunity, to necessity. Wood Mackenzie expects more than 170 gigawatt-hours of energy storage to be deployed through 2024.

But this demand is clearly set to run headlong into the surprisingly dirty supply-chain realities of graphite. If the policymakers driving the clean transition set their gaze not just on generation but also on supply, this could cause significant disruption in the current technology mix.

The next five years will focus on innovation in lithium-ion rather than shifting to alternative technologies, so to truly “green” the energy mix, decreasing the carbon footprint of these batteries will have to become a priority. 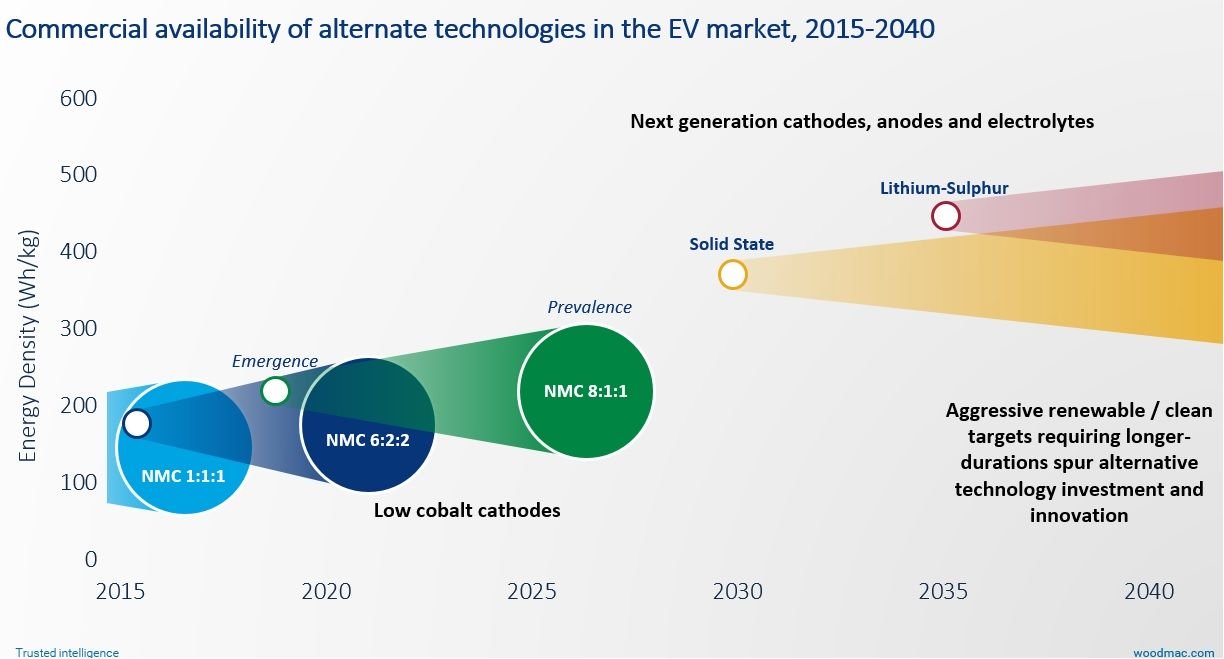 As electrification and decarbonization transition the world from fossil fuels, they will, ironically, threaten the supply of key materials necessary to make these goals a reality by reducing fossil fuel refining — and thus the opportunity to make graphite.

The industry can ultimately see this as a threat or an opportunity for innovation and disruption.

As renewables penetration surges worldwide, expect alternative long-duration storage technologies to make a double case to the market: both an ability to scale up to the longer durations needed and, potentially, a cleaner supply chain.