The Coronavirus Pandemic May Be Loosening Links In The Supply Chain : NPR 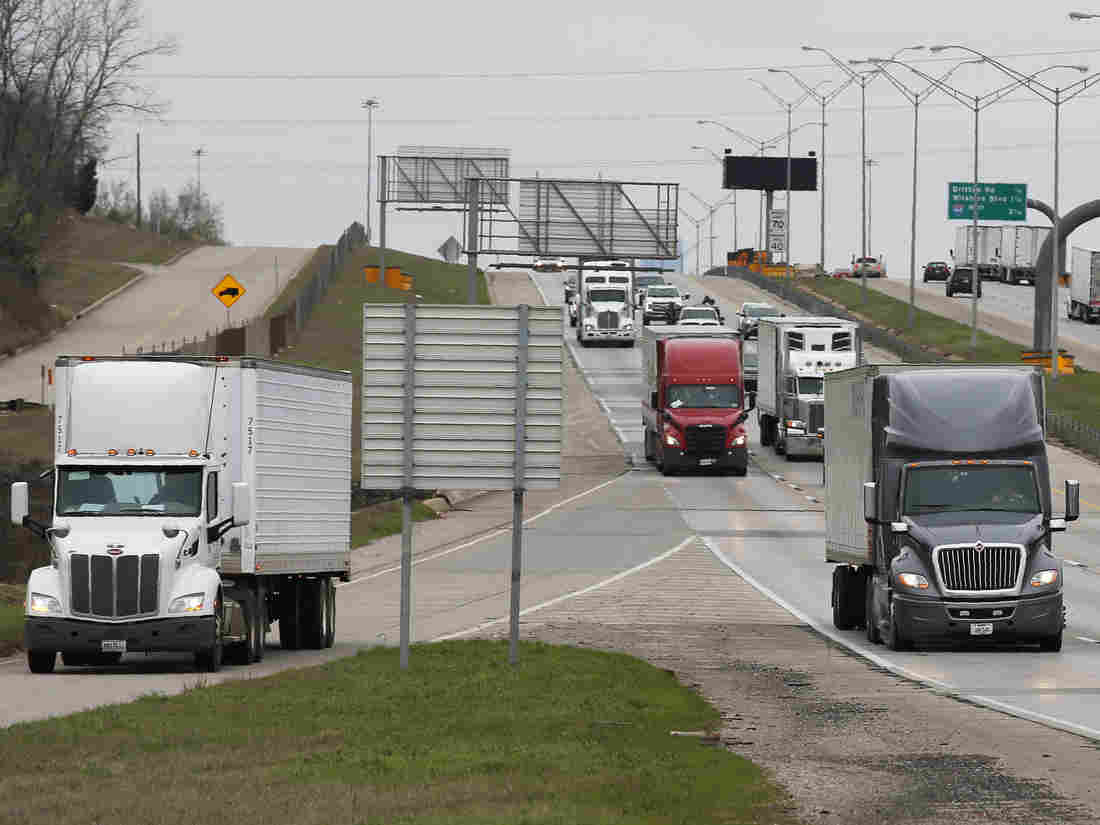 A truck leaves the highway at the Hefner Road exit of I-35 in Oklahoma City on March 20. Truckers say that the impact from the coronavirus is twofold: Some have more loads now because of shortages, while others say that their customers are not ordering and have cut their runs down. 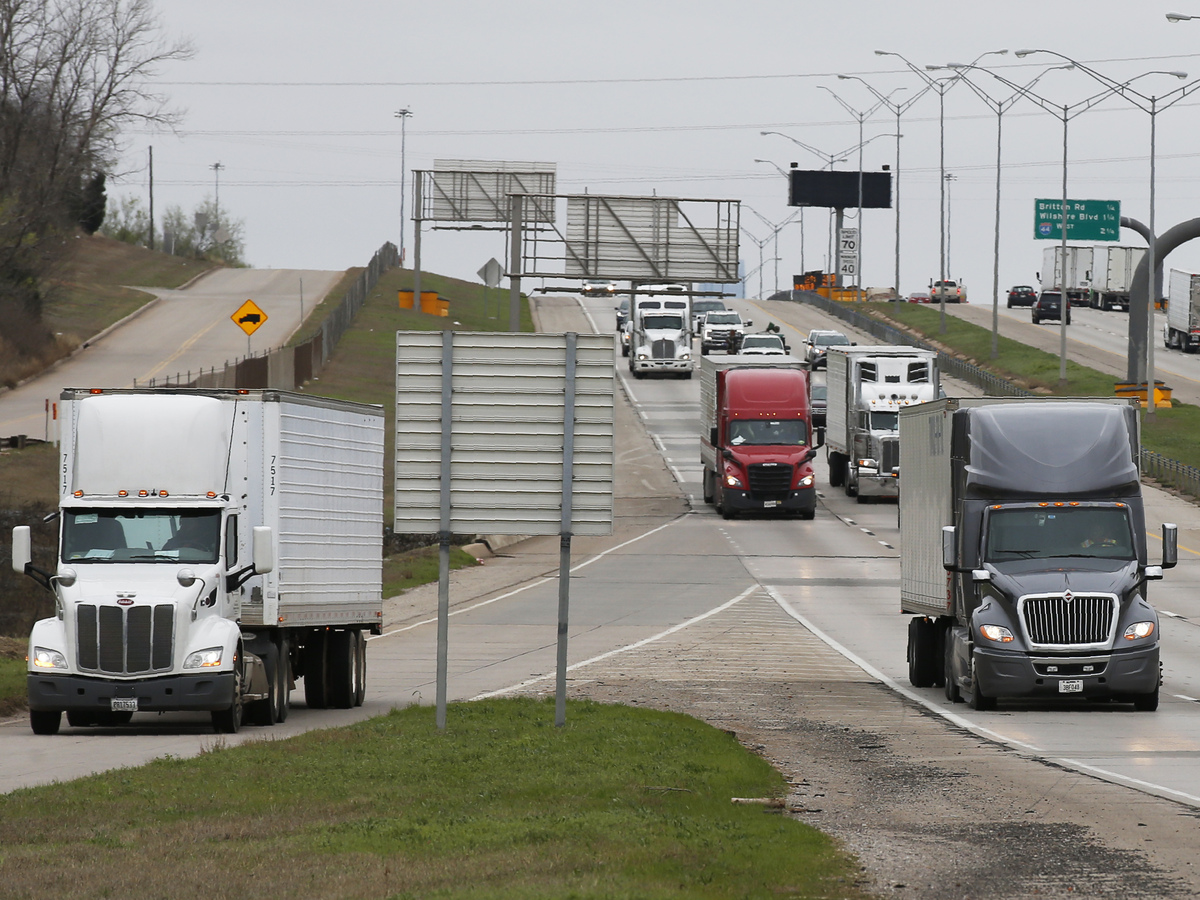 A truck leaves the highway at the Hefner Road exit of I-35 in Oklahoma City on March 20. Truckers say that the impact from the coronavirus is twofold: Some have more loads now because of shortages, while others say that their customers are not ordering and have cut their runs down.

They tend to hammer hardest at people on the front lines of defense, making the rest of us that much more vulnerable.

Truckers, warehouse workers and cargo handlers, all in a vast network, find themselves one endless day after the next getting food, medicine and, yes, toilet paper to customers.

The complex supply logistics of our 21st-century world face a gathering storm even as reliance on those supply chains becomes more critical in the worst public health crisis in generations.

“We’re still trying to figure out the new normal right now,” said Kathy Fulton, executive director of the American Logistics Aid Network. “We’ve not yet gotten to a place of stability.”

Worried customers have been buying up household basics at two to three times the normal rate. That has meant truckers and warehouse crews have been pounding energy drinks and ibuprofen to move products so we can stay home and flatten the curve.

But, Fulton said, social distancing regulations can throw roadblocks in the way of deliveries. She has worked with states to reopen rest areas. After all, federal rules demand that truckers barrel down the highway only so long before taking a breather — and, hopefully, a nap.

And if you think it’s tough getting tested for COVID-19 where you are, imagine how it would be if you were working on the road, constantly tethered to an 80-foot, 70,000-pound vehicle.

On the plus side, truckers sit isolated behind the wheel for hours on end — away from other people.

The federal government has greenlighted waivers letting truckers drive even longer hours — although some rules remain in place. States have waived some truck-weight restrictions.

Air freight has been severely stretched. Commercial airlines ship goods in their baggage holds. But with dramatically fewer passenger airliners in the air, that has wiped out significant shipping capacity.

Major seaports are functioning more or less normally. But they have fewer ships to unload because Asia hasn’t fully ramped up exports in the wake of coronavirus shutdowns there.

Freight trains are rolling, but they’re carrying about 9% less stuff than they were a year ago.

Of course, shippers can’t deliver what they don’t have — like face masks or ventilators. 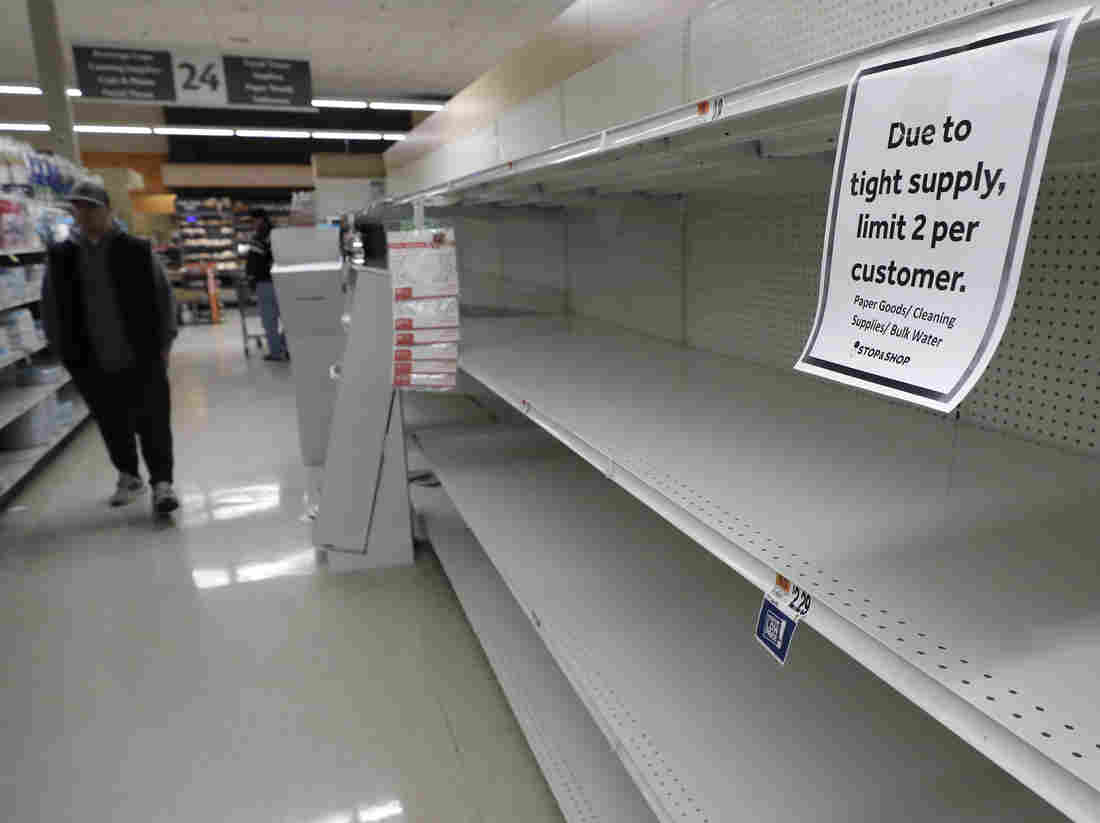 At a grocery store in Quincy, Mass., on March 26, a passerby walks down an aisle with empty shelves where paper towels are normally stocked. Paper towels and toilet paper have sold briskly as people take measures to cope with the coronavirus. 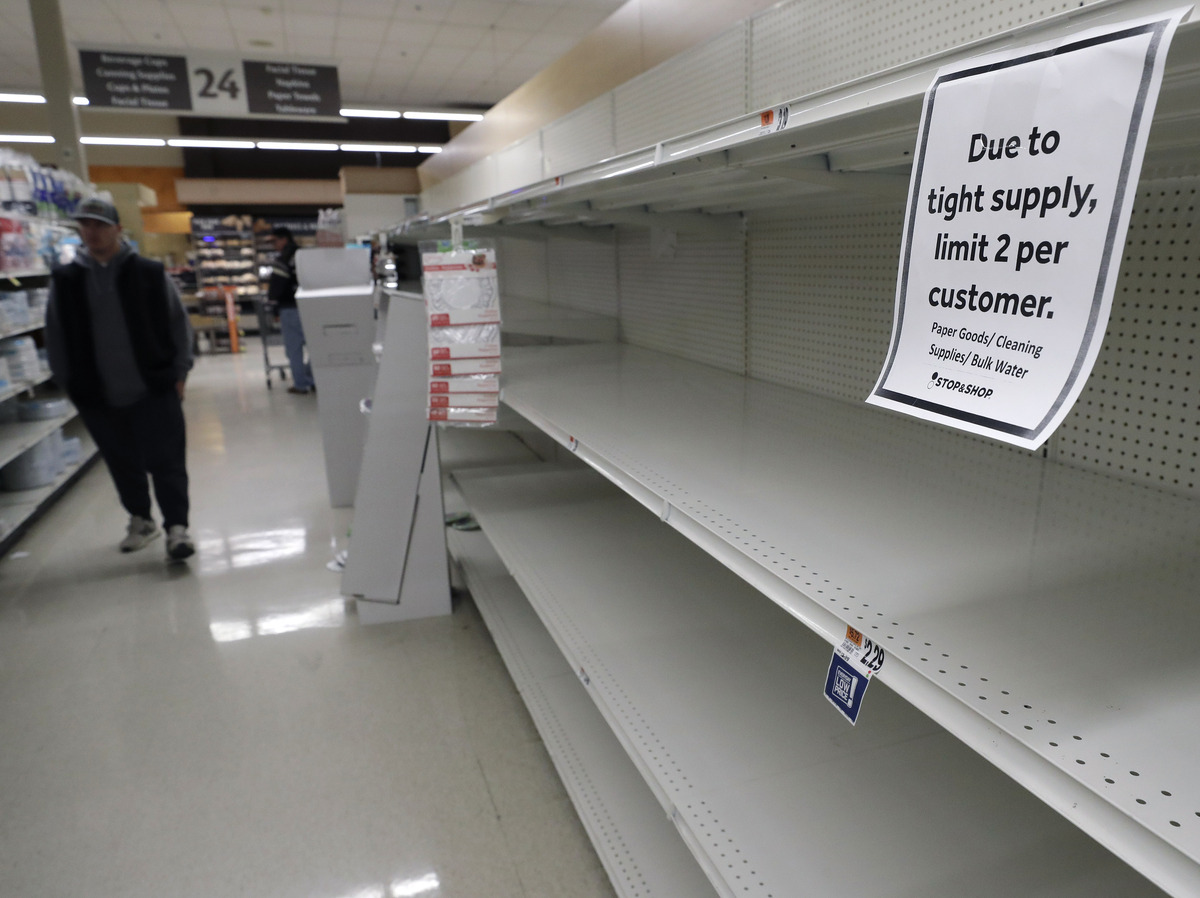 At a grocery store in Quincy, Mass., on March 26, a passerby walks down an aisle with empty shelves where paper towels are normally stocked. Paper towels and toilet paper have sold briskly as people take measures to cope with the coronavirus.

Iyer said a lot of food that would normally be in the supply chain now is already stuffed into home pantries.

That makes some sense. With more scores of counties and a handful of entire states under one stay-at-home order or another, and with most dine-in restaurants shuttered, Americans now have to cook more for themselves.

But David Ross, a logistics analyst at Stifel Financial Corp., said that after weeks of consumers stuffing so many groceries into pantries and freezers, the logistics industry might soon have to slam on the brakes.

“At some point, folks will have all of the ground beef they need until July, all of the toilet paper they will need until November,” he said. “And over the coming weeks, the demand for that should drop off significantly.”

Then, truckers who have been busting their humps for weeks trying to fill orders could see demand evaporate.

Ross and others predicted a rough year for the trucking and railroad industries this year even before the coronavirus upended the world. Now their prognosis is worse.

On Monday, Beaver Express Services, an Oklahoma-based trucking firm that had survived 77 years in the logistics business, called it quits. Its owner, Mike Stone, said the coronavirus helped whip up a “perfect storm” that crushed the company. Ross expects more stories like this in the deep recession that the pandemic is expected to trigger.

“Any time consumer confidence is cracked and people stop buying stuff, you’re not going to be moving a lot of goods,” Ross said.