There Are Still Over 5,000 New C7 Corvettes On Dealer Lots

Are you a Corvette fan patiently awaiting a mid-engine C8 model? The UAW strike pushed back production to where we won’t see the all-new 2020 Corvette until late winter or early spring, and even then, many of those models are preorders destined for specific buyers. As for the ‘Vettes without owners, there’s a decent chance you’ll see dealers engage in “market adjustment premiums” but not all hope is lost. If you don’t mind having the engine in front of you, there are still over 5,000 new C7 Corvettes on dealer lots that you can buy right now. And you can probably get a discount to boot.

Corvetteblogger did some digging on the internet and pulled data from einventorynow.com, which can monitor dealer inventories. Specifically, 5,025 Corvettes were listed in the U.S. national inventory as of November 15, which equates to roughly a four-month supply. Of course, the last production C7 finally left the assembly line just a few days ago – a Z06 that was already auctioned for charity and brought $2.7 million – so there will be no further additions to the current Corvette inventory until Bowling Green starts cranking out C8s.

As for exactly when that will happen, the 40-day UAW strike officially pushed the start of C8 production 20 February 2020. That means the first customer deliveries probably won’t happen until March, which is rather convenient since current C7 inventories should stretch just long enough for C8s to arrive.

Save Thousands On A New Chevrolet Corvette 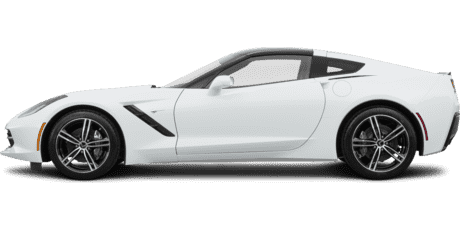 Save on average over $3,400 off MSRP* with
Motor1.com Car Buying Service

The new C8 will start at less than $60,000 for the base model, but odds are very good most will sell in the $65,000 to $70,000 range barring dealer markups. By comparison, GM currently offers a $3,000 loyalty bonus for current Corvette owners should they decided to buy one of the remaining C7 models. If the inventory stays high through the holidays, there’s a good chance some extra incentives could make the last front-engined Corvette an even better buy for fans of America’s sports car.