This 196 page report shows just how broken South Africa is

The 196-page report is based on audit work performed on the national and provincial spheres of government – including the various departments and state-owned entities.

These focus areas use a majority of South Africa’s public funds and have the greatest impact on the lives of our people.

Among its key findings, Makwetu’s report shows that fruitless and wasteful expenditure continued to rise, with 223 auditees losing R849 million in the current year.

Over the five-year period, R4.16 billion of government expenditure was fruitless and wasteful. He added that irregular expenditure increased to R62,60 billion from the R51 billion reported last year.

“This could be done by acting on the outcomes of the recent audits, dealing effectively with material irregularities (MIs) that have been identified, and implementing preventative controls to turn the tide of undesirable stewardship over public funds,” he said.

While the report primarily focuses on financials, it also delves into the many failures of South Africa’s various governmental projects.

Some of these include:

The project was delayed by more than 15 months, and the total project cost has escalated to R235 million.

The delay was due to inadequate project planning and monitoring by management to ensure proper contract management and that timely payments were made to the contractor. In addition, various quality defects were identified during the site visit and reported to the department to rectify.

The delay in construction resulted in the department not meeting its objective of improving the mathematics, science and technology results in the province.

The renovations and refurbishments at the hospital commenced in 2011, but approximately eight years later, the project is still not completed despite the planned project duration being only 36 months.

The contract value of the project amounted to R138 million. The actual project expenditure as at 31 March 2019 was R209 million, which significantly exceeded the original contract value by 51%.

Due to poor workmanship, the intensive care unit and administration block that were approximately 85% to 90% complete in 2018 were still not operational in April 2019 at the time of site visits.

The project with a budget of R82 million was awarded without following the required competitive bidding process when appointing a service provider.

The project was funded through the health facility revitalisation grant.

The amount spent to date on the project stood at R117 million, which was deemed to be irregular expenditure because of the non-compliance with supply chain management prescripts.

An amount of R0,599 million paid to the contractor further constituted fruitless and wasteful expenditure, as the value of the work on-site could not be verified.

The following pictures show the scale and level of project failures across the country: 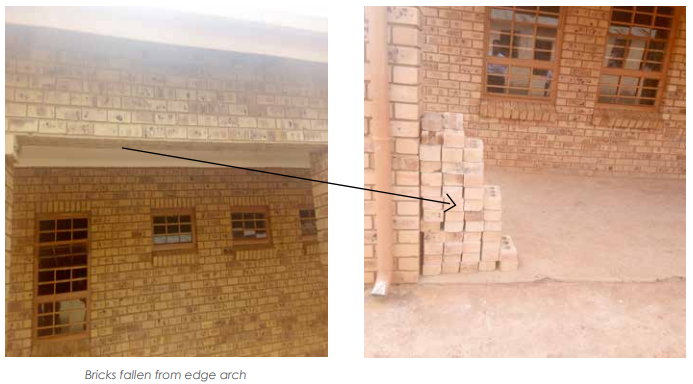 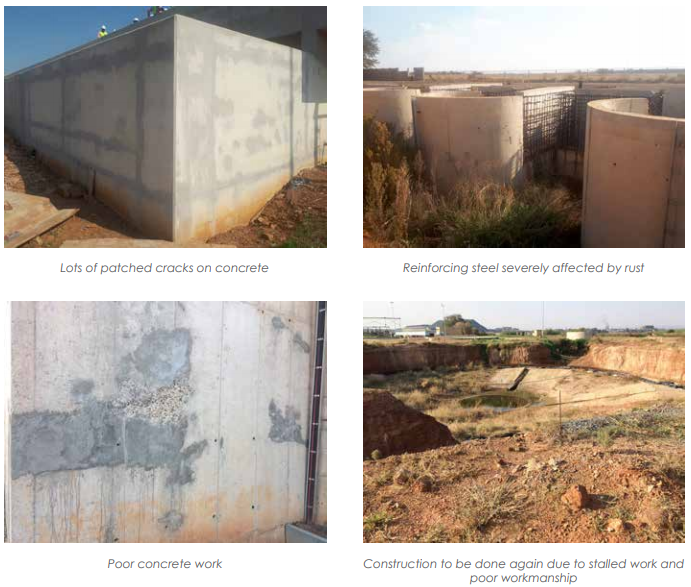 The full report can be read here: