This Could Push Albemarle Stock Higher in 2020

With disappointing news in hand for the latest quarterly performance, Albemarle (NYSE:ALB) wisely made the difficult decision to set expectations for investors at the end of October. The move paid off. There weren’t any deviations when official third-quarter 2019 operating results were reported in early November — and the lithium stock actually hit three-month highs when the numbers were released.

That might not be much consolation to investors, considering shares have dropped 17% in the last three years. Given the gloomy market conditions for lithium materials, it’s easy to think the stock will remain pressured for the foreseeable future. Albemarle has even told investors that full-year 2020 adjusted EBITDA could be 10% lower than the level expected to be achieved this year. Management has already begun to refocus investors on 2021.

Despite the conservative outlook, management also recently hinted at positive developments that could unfold in 2020. Here’s what investors need to know — and why the events could push the lithium stock higher. 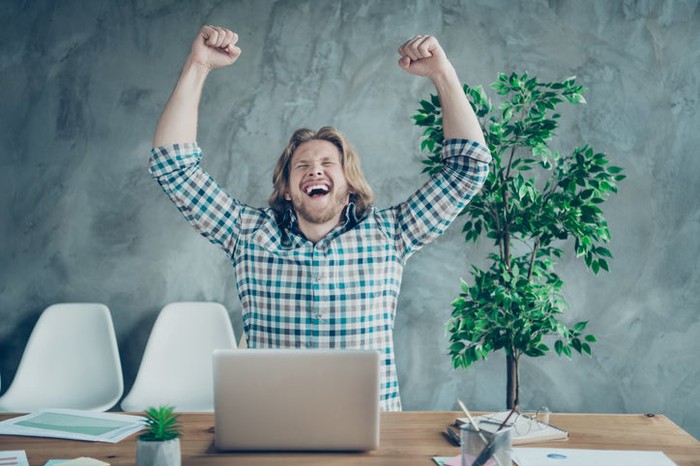 Steady as she goes

Albemarle’s preliminary third-quarter 2019 operating results matched the actual third-quarter 2019 operating results. Adjusted earnings per share (EPS) came in at $1.53, net income stood at $155 million, and lithium segment revenue settled at $330 million. The quarterly performance was characterized as a disappointment relative to recent expectations, but those results represented year-over-year increases of 17%, 19%, and 22%, respectively.

To be fair, the global lithium market is in the doldrums right now. Lithium carbonate prices have slipped to $7,000 per metric ton in China, which is almost one third of their peak a few years ago (albeit an unsustainable peak at that). Prices for lithium hydroxide, the favored material for lithium-ion battery manufacturing processes, have followed close behind.

The weakness comes down to market imbalance. Many lithium producers brought new production online in an attempt to prepare for a coming tidal wave of demand from new battery manufacturing facilities, but the volumes made available have overwhelmed present demand. The precipitous fall in average selling prices has been exacerbated by abrupt demand changes in the Chinese market, which is responsible for more than half of all lithium purchases, following weakening economic output and falling government subsidies for electric vehicles.

The largest lithium producers — Albemarle, Sociedad Quimica y Minera, and Livent Corporation — have delayed expansion plans in an attempt to restore balance, but it will take time for the markets to find a new equilibrium. While the decision to delay near-term growth has disappointed investors and is the reason adjusted EBITDA is expected to decline in 2020, it’s important to remember that Albemarle is a comfortably profitable business.

Data source: Press release. *Excludes $218 million gain from the sale of a business.

This could send Albemarle shares higher in 2020

Considering most conversations about Albemarle center on its leadership role in global lithium markets, it can be easy to forget about the value delivered by its remaining business segments: bromine specialties, catalysts, and fine chemicals (reported in the “other” category of financial statements). In the first nine months of 2019, the bromine and catalysts segments combined to generate more than 61% of total revenue and nearly 52% of adjusted EBITDA.

The value generated from the company’s forgotten segments could take on new meaning in 2020. On the third-quarter 2019 earnings conference call, CEO Luke Kissam told investors that the company has received multiple inquiries for its catalyst business unit and its fine chemistry services segment. While there’s no assurance that discussions will lead to a sale, Kissam said he expected any potential divestitures would occur in 2020.

That could be huge for investors. Selling the businesses would allow Albemarle to focus more bandwidth on its two highest-margin units (lithium and bromine specialties) and lead to a significant windfall.

Consider that large, profitable fine chemical companies such as Celanese and LyondellBasell Industries trade at 1 times to 3 times sales. Fetching a similar valuation for its two businesses would net Albemarle between $1.2 billion and $3.6 billion. The company ended September with $317 million in cash.

Such a windfall would significantly strengthen the company’s financial flexibility at an intriguing time. Albemarle could repurchase all of its $1.38 billion in outstanding long-term debt, or the portion of it that comes due in 2021. It could easily persuade financiers to extend new debt in an effort to lengthen the maturities and reduce the interest rates of outstanding debt. It could self-fund growth projects or value-added acquisitions, perhaps in engineered lithium materials, and reclaim its label as a growth stock. Or some combination of the above.

Importantly, the potential windfall would be received just before the company plans on becoming free cash flow positive (read: able to fund capital expenditures with cash from operations) in 2021. That could put Albemarle in a league of its own among major lithium producers and significantly de-risk operations for investors.

Don’t bank on a sale, but don’t dismiss the possibility

It’s difficult to imagine a sale of the catalysts business segment not leading to an increase in the stock price, although investors might shrug off a sale of the smaller fine chemicals unit. Right now both remain hypothetical, but the fact that Albemarle’s conservative management team made the inquiries public suggests the possibility of a sale or sales is very real. It’s something investors with a long-term mindset cannot overlook, especially with the stock trading at its current lowly valuation.