President Donald Trump’s administration is recommending the U.S. Postal Service raise prices for shipping packages, a move that would hit online retailers such as Amazon.com.

A Trump-appointed commission on Dec. 4 released recommendations for the rate increase, which an administration official said would affect most commercial shippers. The report didn’t say how much the Postal Service should increase its prices.

Amazon shares dropped about 1% on the late afternoon news to close at $1,668.40, losing nearly 6% for the day amid a broader market downturn. Stamps.com, which lets users buy and print postage online, also dropped on the news.

Trump created the panel after repeatedly criticizing Amazon, which he has accused of contributing to the Postal Service’s financial losses through shipping deals the president claims are unprofitable. Postal Service representatives have said their confidential shipping agreement with Amazon is profitable. 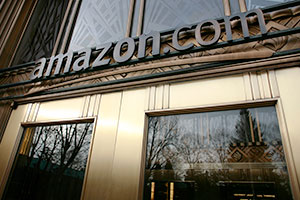 The Postal Service “is on an unsustainable financial path which poses significant financial risk to American taxpayers,” Treasury Secretary Steven Mnuchin, who chaired the panel, said in a statement. “Today’s report contains achievable recommendations that fulfill the president’s goal of placing the USPS on a path to sustainability while protecting taxpayers from undue financial burdens and providing them with necessary mail services.”

Trump appointed the commission after months of intermittent threats and insults against Amazon and The Washington Post, which is owned by Jeff Bezos, the retail giant’s founder and CEO.

Although the Postal Service can’t legally deliver packages for less than its delivery costs, Trump has claimed that Amazon was “costing the United States Post Office massive amounts of money for being their Delivery Boy,” a situation that puts “many thousands of retailers out of business.”

Amazon uses the Postal Service to complete what’s called the “last mile” of delivery. The company didn’t immediately respond to a request for comment.

Only fools, or worse, are saying that our money losing Post Office makes money with Amazon. THEY LOSE A FORTUNE, and this will be changed. Also, our fully tax paying retailers are closing stores all over the country…not a level playing field!

A key recommendation would alter the Postal Service’s “universal service obligation,” a mandate to provide affordable service to all customers. The administration wants most commercial shippers, including companies such as Amazon and other retailers, to pay more to mail packages. The report said packages “have not been priced with profitability in mind” despite the Postal Service’s leeway to set competitive prices in the segment.

The panel’s members believe the Postal Service’s board of governors and U.S. Postal Regulatory Commission can make the changes without congressional legislation, an administration official said.

The White House has floated the possible privatization of the Postal Service, a longtime conservative goal. Trump also announced plans in October to pull out of a 192-nation treaty governing international mail. The president acted amid complaints the agreement gives Chinese companies discounted shipping rates for small packages sent to American consumers.

The post office has lost more than $65 billion over the past decade as Americans increasingly transmit messages online, according to the White House order. Postal analysts largely lay blame for the financial woes on the email-era decline in letters and on the rare requirement that the Postal Service pre-fund health benefits for future retirees.